Written by Daniel Villarreal on December 8, 2015
Be first to like this.

After President Kennedy cut-off U.S. diplomatic relations with Cuba in 1961, the U.S. basically spent the next half-century attempting to invade and assassinate longtime Cuban President Fidel Castro, establishing a trade embargo and forbidding travel between the two neighboring countries. Luckily, President Obama ended all that nonsense on July 1 of this year, but even though the curtain has lifted a lot of folks still haven’t the country kept hidden behind it. That’s where these pics come in.

A devoted Unicorn Booty reader shared some photos from his recent Havana trip, along with a few tidbits of knowledge and context. We’ll continue keeping a close eye on the island nation — and not only its LGBT politics — because c’mon… it’s not often that you get to see a place largely untouched by U.S. influence, especially one barely 90 miles away.

(NOTE: Enjoy the gallery below, but don’t scroll too quickly, lest you miss the occasional informative captions)

Havana has been called “an archive of every interesting style of Western architecture, especially those between 1860 and 1960,” with Architectural Digest noting:

They’re right. While many of the buildings have beautiful exteriors, more than a handful have also suffered from neglect amid the country’s economic hardship, a recession spurred by the U.S. trade embargo and worsened by the fall of the Soviet Union. Though the economy is bound to improve amid re-established U.S. relations, it’ll take decades before some buildings become as beautiful inside as on the outside. 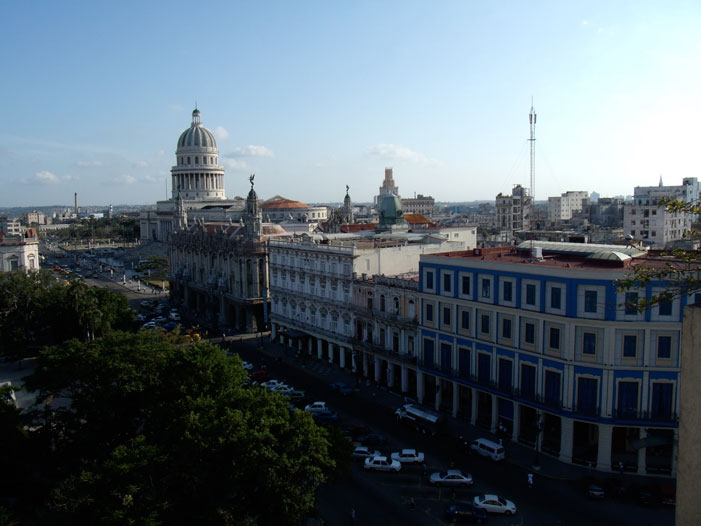 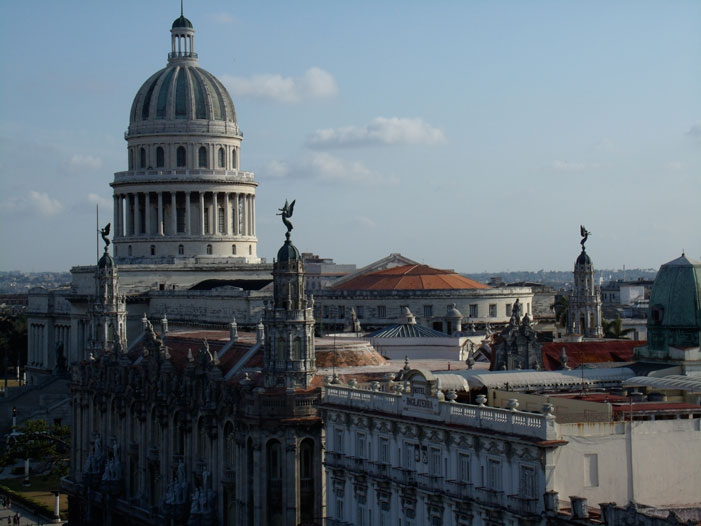 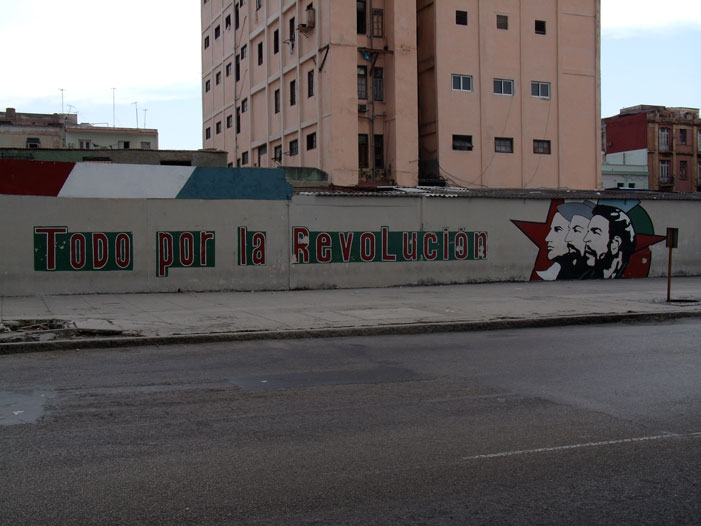 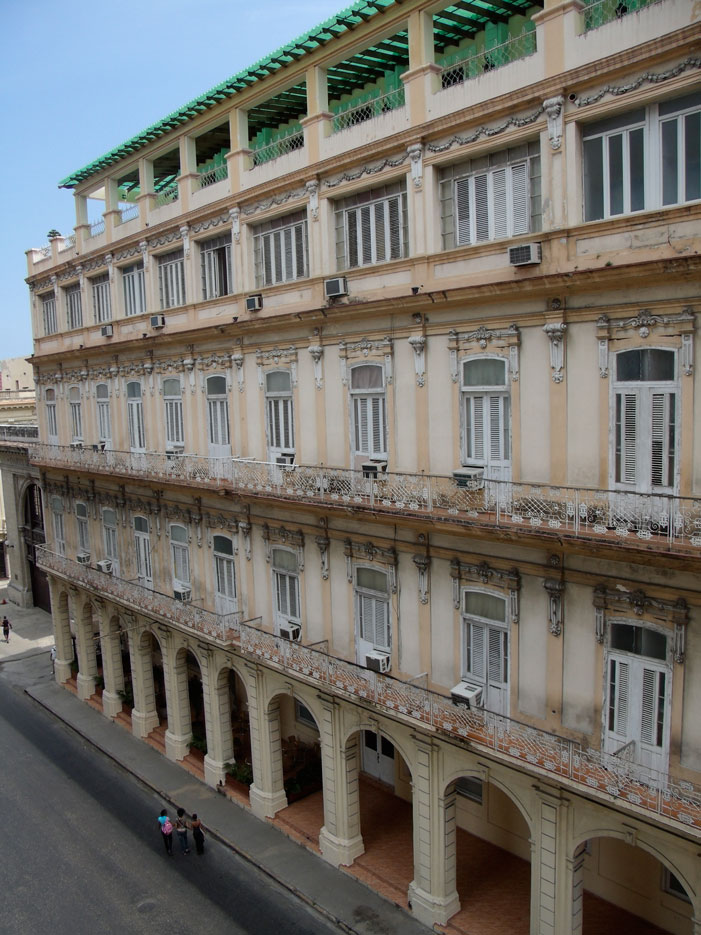 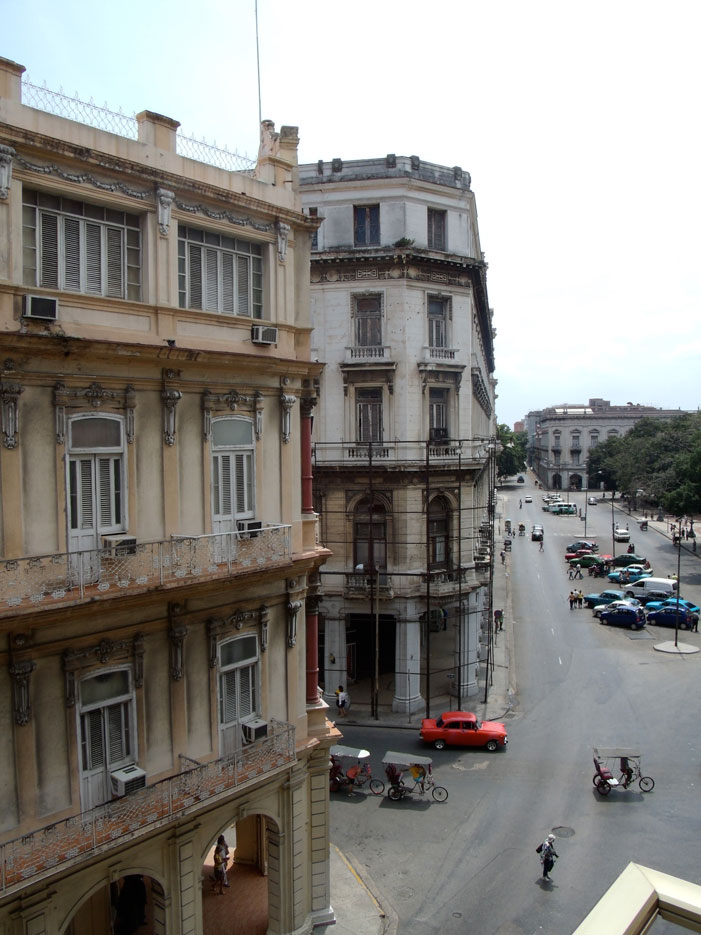 Classic cars… too classic, in fact

Cuba had an estimated 60,000 American cars on its roadways before the U.S. embargo began in 1960, but during Fidel Castro’s rule, Cubans weren’t allowed to purchase cars: they could be given one by the government, but the government could hardly afford to import many from Asia or Europe.

Thus, you can still see numerous classic American cars from the ’40s and ’50s still coasting around, even though many of them need some serious repair. Even Cuba’s other forms of transport are imported: mostly second-hand buses and trains from Canada and China. 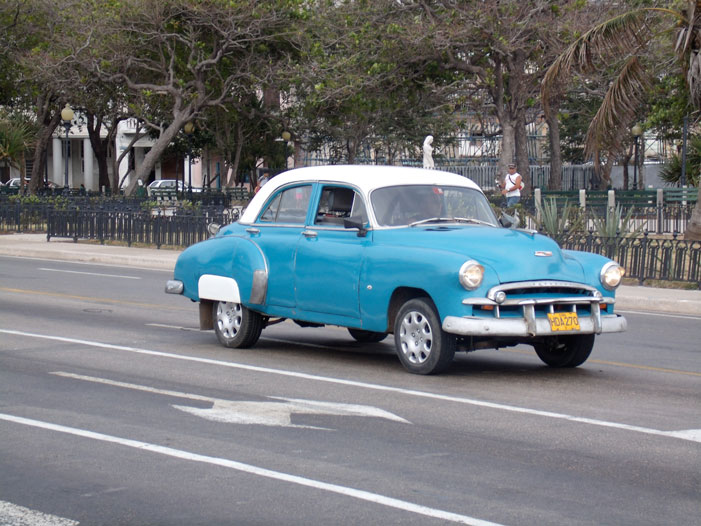 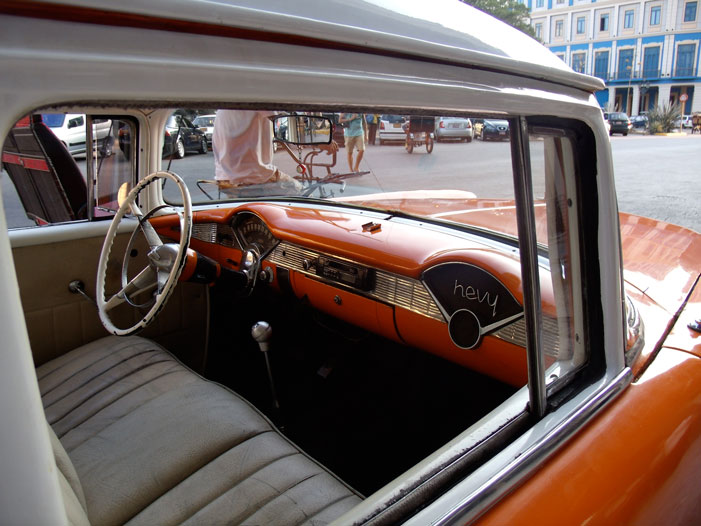 An international mix of street life

Cuba is a proverbial melting pot with genetic influence from Africa, Europe, the Caribbean and South America. The country’s music and food have followed suit: Son remains a popular form of dance and music derived from Spanish canción (“intricate melodies, and dark, enigmatic and elaborate lyrics”) with Afro-Cuban percussion, and local dishes consisting of black beans and rice, shredded beef, pork with onions, plantains and tropical fruits.

The country’s tropical climate keep the outdoors pleasant (even during the winter), bringing lots of interesting people-watching as neighbors play and relax in the streets. 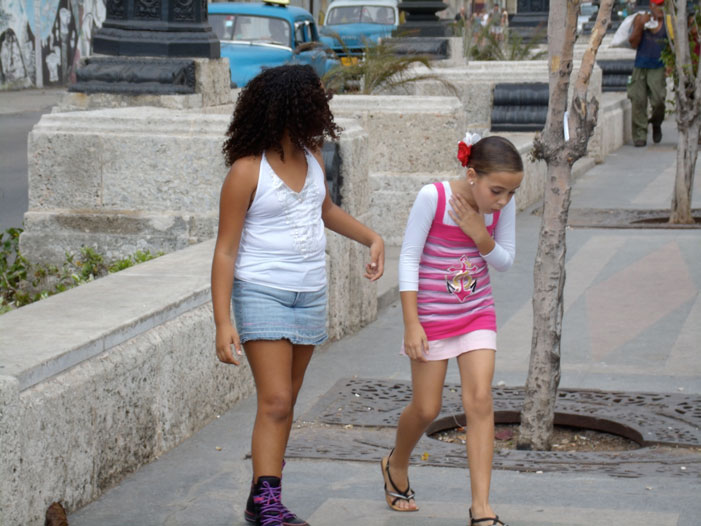 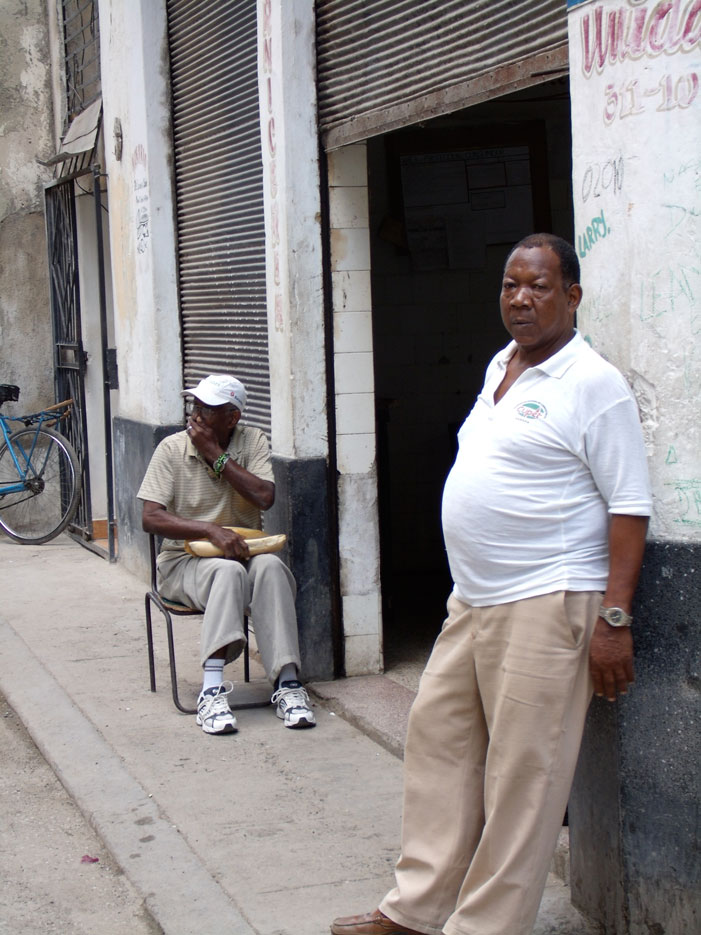 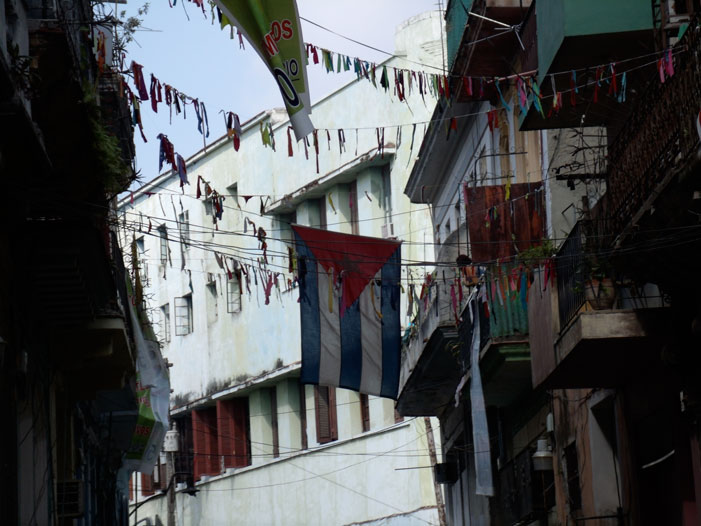 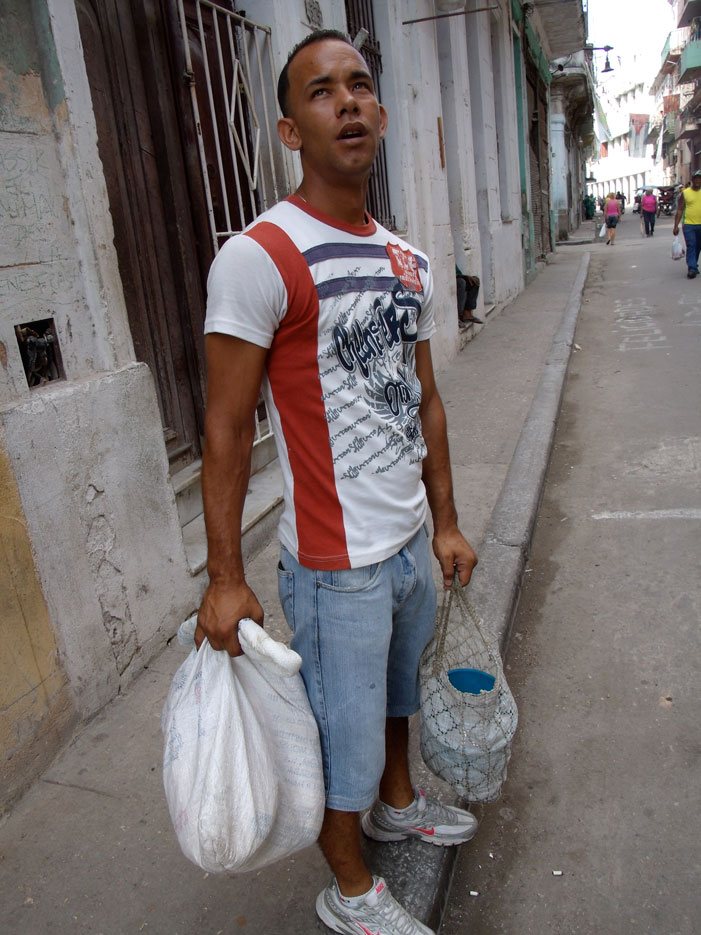 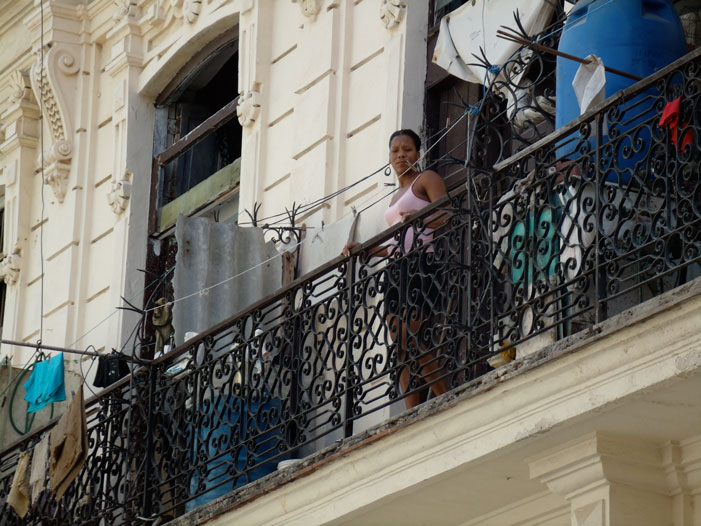 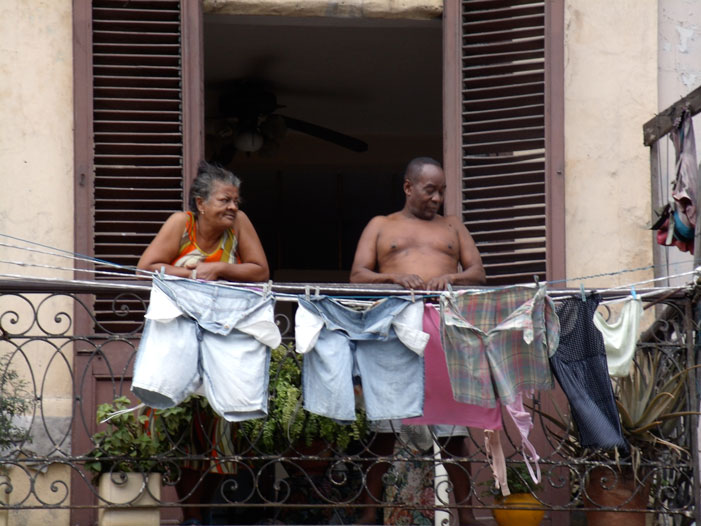 A young bride prepares for photos with some assistance.

A socialist market in a capitalist world

Cuba actually has two currencies, neither of which is tradable on international markets. There’s the Cuban peso and the Cuban convertible peso which is worth 25 times more than the Cuban peso. Most citizens get paid in Cuban pesos, but most tourists use convertible pesos; as a result professional doctors working in Cuba sometimes earn much less than taxi drivers, hotel workers and entertainers in the tourism industry.

Though Cuba’s current president Raul Castro has pledged to discontinue the dual currency, you can still find bodegas or ration markets where citizens pay for allotted amounts of goods using a coupon book called a libreta. Citizens get preset measurements of rice, beans, sugar, milk, eggs, potatoes, bananas, and meat at these shops, but they and tourists can also buy higher end foods and goods at the mercado paralelo (parallel market). 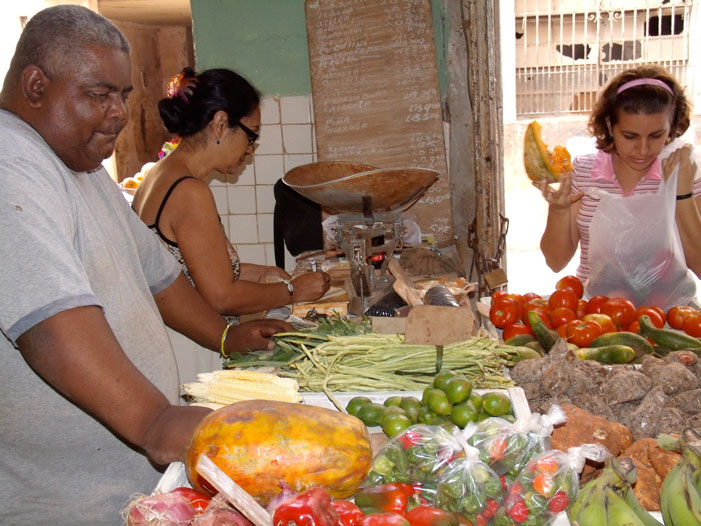 American Civil Rights Leader Bayard Rustin on the 'Absolute Necessity' to Be Openly Gay
A Swoon-Worthy Visual History of Male Celebrities Wearing Crop Tops, From 1982 to Today
A Leading Cause of Many Bisexuals Staying in the Closet: Other Queer People
Read Martin Luther King Jr.'s Advice to a Closeted Teen
English