We’re Not Having Any Defenses of McKinney Pool Cop, Eric Casebolt

By now, you’ve likely seen the disturbing footage of a policeman kneeling on a teen girl at a pool party in McKinney, Texas. You’ve probably made up your mind about it. But in the extraordinarily unlikely event you’re still forming an opinion on the matter, why not take a look at this enlightening editorial by Doug Wyllie to help you pick a side?

In his editorial, titled “Why the ‘Pool Party’ Arrest Hysteria is (Again) Dead Wrong,” the PoliceOne Editor-in-Chief urges the rest of us to look at the ugly event with a calm, rational demeanor, like the one not even remotely displayed by Corporal Eric “Barrel Roll” Casebolt.

Let’s take a look at Wyllie’s words of wisdom! Perhaps he can teach us why dragging a small bikini-clad girl around by the hair, pulling a gun on a pair of unarmed teens, bellowing obscenities and tumbling around like an episode of Law and Order as reinterpreted by Cirque du Soleil was in fact the right thing to do. 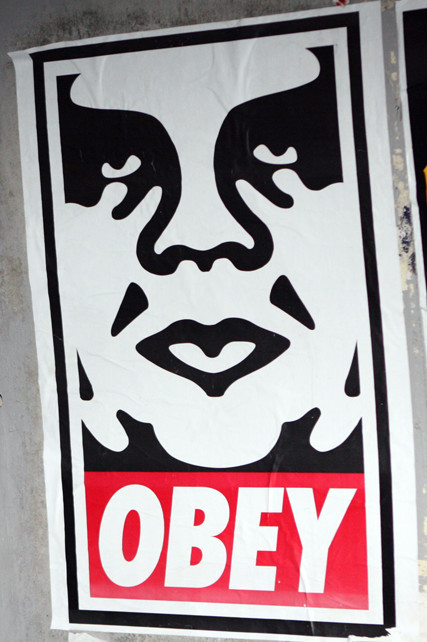 Had the teen girl complied with lawful commands, no force would have been necessary, and none would likely have been used.

Regarding the two youths, the officer was outnumbered and surrounded by a hostile and potentially violent crowd.

It works the same way in all walks of life. For instance, all hair is potentially flammable (albeit not actually on fire), so I’m perfectly justified in dumping water on someone’s head and running around screaming. Every stalk of wheat is potentially cake, so when I put a pile of it in front of my little cousin on his fifth birthday and stick some candles in it he’d better be goddamn excited.

Furthermore, Corporal Casebolt had backup as well as a large white man in belted jorts who wandered onto the scene to help corral the teens.

While I don’t condone his coarse language, Corporal Casebolt was justified in drawing his weapon when those two men presented themselves in a threatening manner.

Remember your priorities: manhandling and threatening kids is forgivable, but naughty words are serious business. Evidently, the police follow the same code of conduct as Kathy Bates’s character from Misery.

Wyllie has explained why Casebolt was justified in his displays of force, but has yet to explain how that barrel roll makes any sense. I’m sure he’ll get to it!

The first cop arrives, and it’s a soup sandwich from the get-go. He struggles mightily, but begins getting the primary offenders in order, despite operating alone within an increasingly threatening crowd of onlookers.

Here I believe that Wyllie has realized that his social attitudes belong to the 19th century, but rather than feel shame at that fact, he has decided to embrace it by writing like a Gilded Age adventure story writer.

Furthermore, there’s not much struggle seen on this video. A good number of the kids quietly sit in the grass just as instructed.

Also of note is Wyllie’s commitment to clean language. Come on Wyllie! No one says “soup sandwich.”

Would a tactical retreat have been a good idea early on? Someone not present and assessing the situation days later might say “yes,” but Corporal Casebolt didn’t have the benefit of 20/20 hindsight — he pressed on.

Would somersaulting like a very angry party clown have looked somewhat less badass than intended? Yes, but who could have known that at the time?

Backup officers arrived, and while Corporal Casebolt was subduing a resistant subject — amid the crowd’s taunting and shouting — two young men rapidly and aggressively loomed into his near right flank. He responded by getting up, unholstering, pointing the gun in a safe direction (at the ground by his side), and issuing verbal commands.

I would like to point out that there is nothing between this excerpt and the previous one that attempts to justify Casebolt’s conduct toward that girl in the bikini. There is no mention of the legal statute the girl was supposed to have been violating, unless there are in fact laws against hurting a policeman’s feels. I will give Wyllie credit for the fact that not even he attempts to present the girl as a danger.

In the video, we can see Casebolt march up to the girl and grab her while bellowing at her to leave the area. You’re sending some mixed signals there, Casebolt! You’re screaming at her to do something while physically preventing her from doing it, which apparently necessitates physical punishment.

Wyllie seems baffled that a pair of teens would come running when they see a friend of theirs — a small girl, no less — screaming in pain.

It should also be noted that Casebolt was not frightened by the looming presence of Jorts Dad, though he was very close to the action.

He should be commended for quickly settling that issue, and then re-holstering and getting back to the business at hand when they scurried off.

No, Wyllie, police offers should not be commended for waving a gun at unarmed teens coming to the aid of a damsel in distress. They really shouldn’t.

Even the other police officers knew that Casebolt was out of control. In the video, they can be seen laying a hand on him to gently hold him back from — well, we can only imagine, thank goodness.

When the officer arrived on scene, it was one against many.

I would like to point out that a typical US high school classroom has one teacher to 20-30 students. Those students are often loud, disobedient and rude. Some have mental illnesses as of yet undiagnosed and untreated. Some have behavioral problems. Some get into fights. But that one teacher, usually a chubby middle-aged woman, is expected not only to maintain order but also to jam some knowledge into the kids’ heads. Not only does she succeed in this task more often than not, but she carries it out without waving a deadly weapon around, hurling anybody to the floor, or bounding head over tea kettle like a ‘roided-up acrobat.

One rule that schoolteachers try to follow is to keep one’s cool. Bellowing at one’s students is incredibly tempting, but it doesn’t help. Try to de-escalate the situation. Try to calm things down.

Later, our author tries out his best David Attenborough impression.

As those two individuals quickly closed in on the officer, they made themselves appear bigger by taking up more space in the officer’s field of view. They did this by both closing distance as well as spreading their arms and legs apart — classic indicators of threatening intent.

The North American Individual, like the puffer fish, makes itself appear larger to frighten off predators as well as to attract mates.

If all that wasn’t enough, one of the young men appeared to be reaching into his waistband with his left hand.

Wow! One of the young men let his hand go near his waist, which is about where the average human arm naturally hangs because that is how humans are proportioned!

It sounds like those guys were really dangerous! Maybe you should focus on them instead of on a small girl. Nah, fuck it! They’re running across the pavement and it’s super uncomfortable to roll around on that.

Can this incident lead to an increasing tendency among officers to hesitate — to not act — because they don’t want to get tossed under the bus afterward?

I SURE HOPE SO.

But seriously he’s got a point. If we constantly punish the police for using unjustified violence then they might just stop doing their jobs. Why, they might let rape kits sit around untested or overlook instances of domestic violence involving other officers or tolerate outlandish levels of corruption to the point of allowing a fellow officer to be shot in the face or even let a murderer carry out a thirty-year crime spree.

Corporal Casebolt — through his attorney, and probably at his attorney’s advice — issued an apology for his conduct during that event, explaining that his nerves were frayed after responding to two suicide calls prior to the incident.

Look he was having a bad day, okay??? We all have stressful days. Like I remember when I went to work the day after I found out my parents were getting a divorce. I was so stressed out. Then my colleague emptied the coffee pitcher without brewing a fresh batch AND food-shamed my lunch for having too many carbs in it, so I cartwheeled over to her cubicle, dragged her to the floor by her hair and knelt on her back.

As a person whose loved ones suffer from clinical depression, the thought that their emergencies might be handled by a cool, compassionate professional like Corporal Casebolt makes me feel very reassured.

The problem is, there are times that cops simply can’t sweet-talk subjects into handcuffs. Citizens would be surprised at just how many times that tactic works, but some guys and gals just won’t go without a fight.

I for one am shocked that Casebolt’s smooth, suave sweet-talk like, “GET YOUR ASS GONE!” failed to win the hearts and minds of the unruly teens. This is the guy who greets a woman on OKCupid with “u want suk my dick” and, upon being rejected, calls her a fat cunt.

Anyway, we’re nearly at the end of the editorial, so let’s see how Wyllie justifies that sweet barrel roll. Because he has to. He just has to. He has to show how it was necessary and rational. If he doesn’t, it would suggest that Casebolt’s behavior was overly emotional and inappropriate.

I hope that police leaders will take this opportunity to engage citizens in frank conversations about compliance with verbal commands being the best means to prevent a use-of-force incident, and about the dangers of making aggressive movements toward an officer attempting to subdue a resisting subject. Because we can’t let the inmates run the asylum.

DOUG WYLLIE YOU TEASE. You didn’t even mention that barrel roll. Not even you can make that bit of dork-fu look like the behavior of a sensible man.

But yes, I do hope that the police will explain to me how to avoid being assaulted by them. It makes me feel a little like the heroine in 50 Shades of Gray which I haven’t read but my aunt tells me it’s super hot

Wyllie’s last sentence does sum up his attitude toward the public and society at large. To him, the United States of America is not a free and open society, but a storage house for irredeemable crazies who must be locked up and controlled for their own good.