Written by Matt Keeley on September 10, 2015
Be first to like this.

Even after spending time in jail, he always maintained his innocence, saying that the payoffs were gifts from the millionaire sent as an apology for being too rough in a three-way gone wrong.

Brank was convicted this July and due to be sentenced in October — until now. Str8UpGayPorn (NSFW) is reporting that due to questions about whether or not Brank is a US citizen (versus a permanent resident), his sentencing will be delayed until January 11. His citizenship status will not change the severity of the sentence (Brank is expected to receive the maximum sentence of nine years), but will determine what kind of benefits he receives while incarcerated, and whether or not he could be deported to his birth country of Romania (where Brank has not lived since he was a toddler).

The stipulation, which has been agreed to by both sets of attorneys, can be read below: 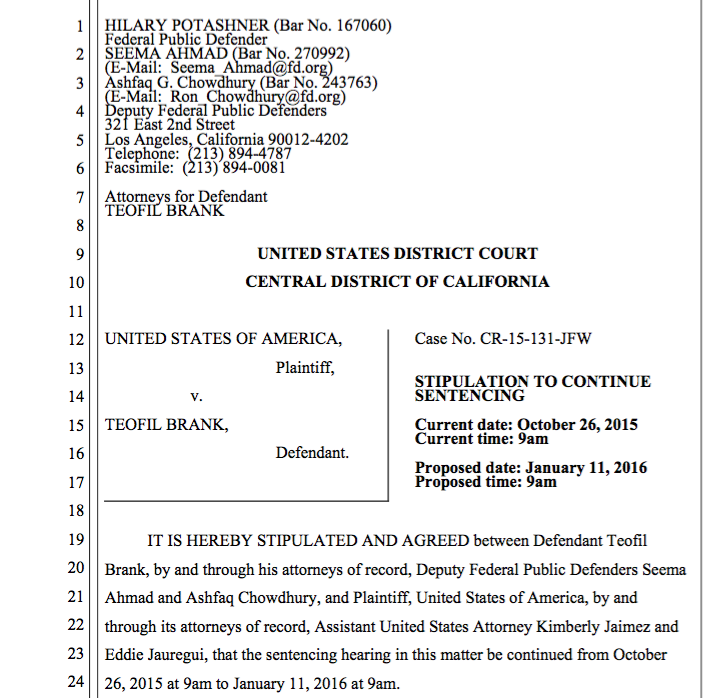 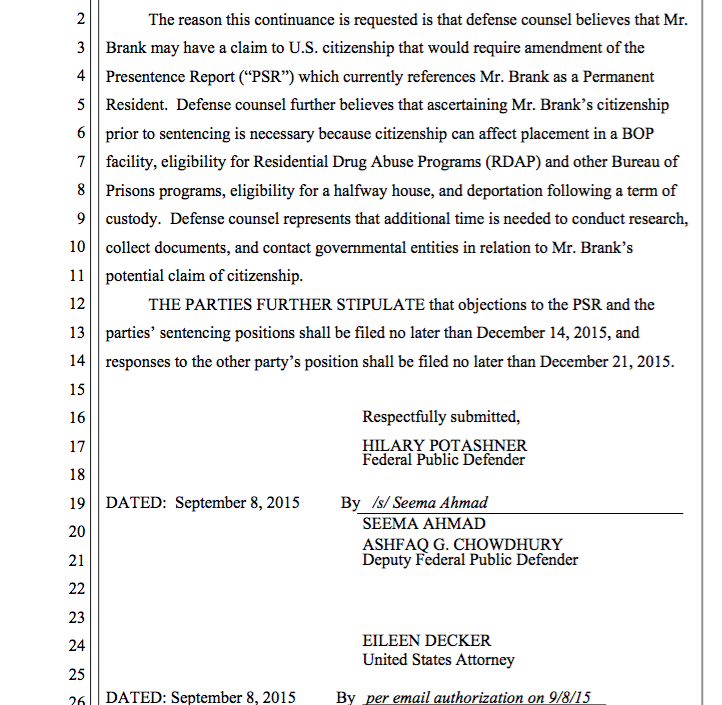 This Tale of Woe Is Exactly Why You Don’t Send Unsolicited Nude Pics
Russian Pop Star Sparks 'Gay Propaganda' Investigation After Music Awards
Here's How to Throw Your Own 'To Wong Foo'-Worthy Strawberry Social
That Should Have Been Gay: The Most Homoerotic Scenes on Film in the Last Decade
English