Written by Daniel Villarreal on May 31, 2017
Be first to like this.

It’s not easy organizing a queer film festival in Uganda, a country that not so long ago passed a law called the “Kill the Gays” bill. But Uganda-based film activist Kamoga Hassan (pictured above) is doing just that.

In 2016 — three years after Uganda passed a modified version of the “Kill the Gays” bill requiring 14-year prison sentences for anyone who “promoted” homosexuality or failed to report LGBTQ activities to the police — Hassan successfully organized the first-ever Queer Kampala International Film Festival (QKIFF), “the only LGBTQ film festival organized in a country where homosexuality is illegal.” It had over 800 attendees and screened over 30 films including 23 from other continents.

But in a country where being openly LGBTQ can get you harassed, fired, evicted, disowned, arrested or killed, Hassan and the other QKIFF coordinators had to devise ways to keep their attendees safe.

Venues associated with LGBTQ people run the risk of losing business or being shut down by angry locals. In fact, most commercial theaters in Uganda wanted nothing to do with QKIFF. So QKIFF found queer-friendly clubs, hotels and private homes to hold their screenings. They held each one at a different venue to avoid detection.

To give the clubs and hotels some additional cover, QKIFF highlighted the fact that their films addressed a wide-range of cultural issues and audiences, not just queer ones. This proved true since their inaugural films addressed issues like adoption (by gay and bi parents), media (of the anti-gay variety), romance (between gays and lesbians), music (videos by queer artists) and therapy (to turn queer people straight). QKIFF also highlighted that their festival had many heterosexual attendees including religious leaders, legal scholars and human rights activists.

Because QKIFF couldn’t advertise itself through radio or social media, they got the word out to other LGBTQ people through Facebook and WhatsApp. Prospective attendees had to submit links to their social media and answer three basic questions as part of their screening process: How did you hear about the festival? What do you think of the LGBTQ community? What do you know about the LGBTQ community?

To avoid violence from police or locals, QKIFF kept its showtimes and locations secret, only texting out information a couple of hours before each screening. Before the festival, QKIFF informed LGBTQ-friendly law firms about the event and had stand-by lawyers on hand at every venue throughout the festival to serve as monitors, observers and counsel. Also during each screening, QKIFF had volunteers monitor social media and the surrounding area, watching for any alarming activity.

Had anything come up, each screening also had an escape plan. Luckily, no such incidents occurred.

“Many people ask me why risk my life, I tell them that silence does not solve anything,” Hassan said. Hassan — who has himself been fired from a job, shunned by his father and had his life threatened for being gay — sees film as his weapon for fighting for people’s rights and educating others about his country’s political situation.

“During the Arab Spring,” he said, “governments fell because of videos that people tweeted and shared on social media, so I believe by using audiovisuals we can change things.”

He continued, “When you use film, you can reach out to a very large number of people and then that opens up channels for understanding.”

Arguably, Uganda has a long way to go towards understanding. The country’s population is nearly 90% Christian, and American evangelicals (frustrated by pro-LGBTQ legal victories in the U.S.) have come to Uganda to spread their message of hate and salvation to its poor citizens and lawmakers. Even without the “Kill the Gays” law — which was invalidated by a procedural technicality in Uganda’s Constitutional Court — LGBTQ Ugandans still reported 260 “acts of intimidation” including violence, eviction and firing in 2014 and 2015 alone.

Nevertheless, Hassan and his small team of eight people and about 20 dedicated volunteers has already begun work on QKIFF 2017.

“This year we intend to introduce the ‘Film Lab’ which will be held a week before the main festival… to avail training and development of new queer film directors,” Hassan says. In addition, the festival would like to host some of the films’ directors so that they can inspire audiences by sharing more about their work.

In order to reach their goals, QKIFF has begun raising funds. So far they’ve only reached 5% of their $35,000 goal, but even if people can’t give, Hassan says there’s lots of other ways people can help. He encourages folks to like the “Queer Kampala International Film Festival” Facebook page and to help connect QKIFF to international queer filmmakers. He’d also love people to volunteer and attend the festival in a show of solidarity.

“I want this to be a landmark queer festival in Africa, where people come to watch films without being harassed by the police,” Hassan said. “We want to break down barriers and build bridges to people who are not part of the gay community; we don’t just want to have a few private screenings.” 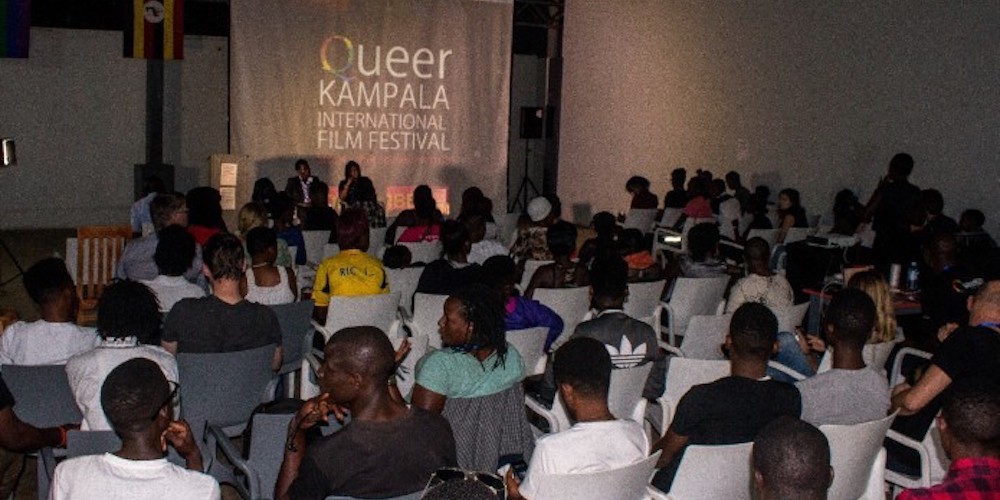 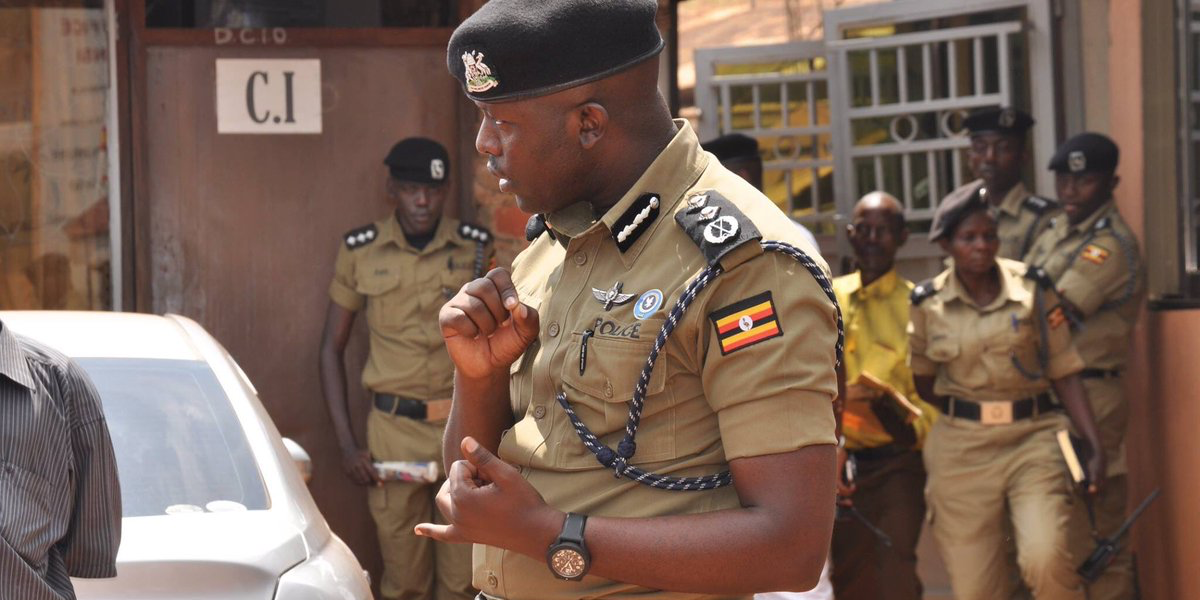 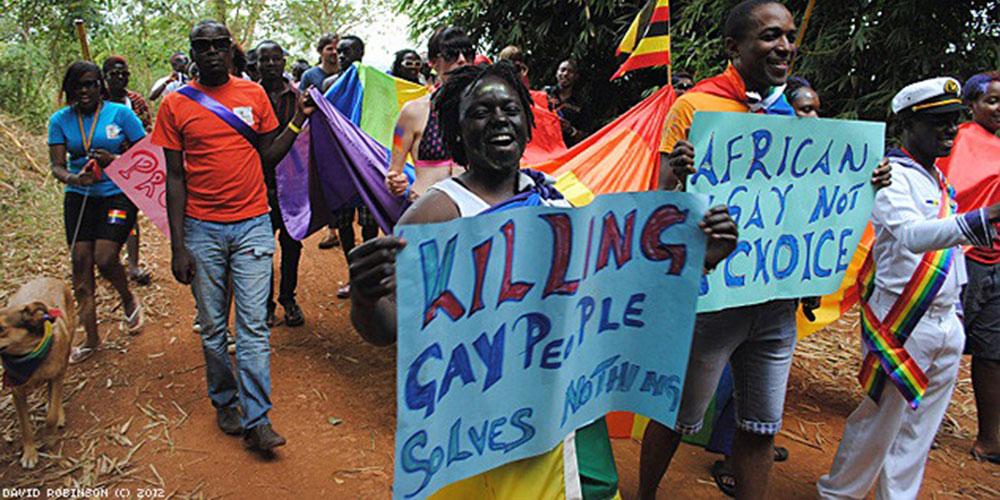 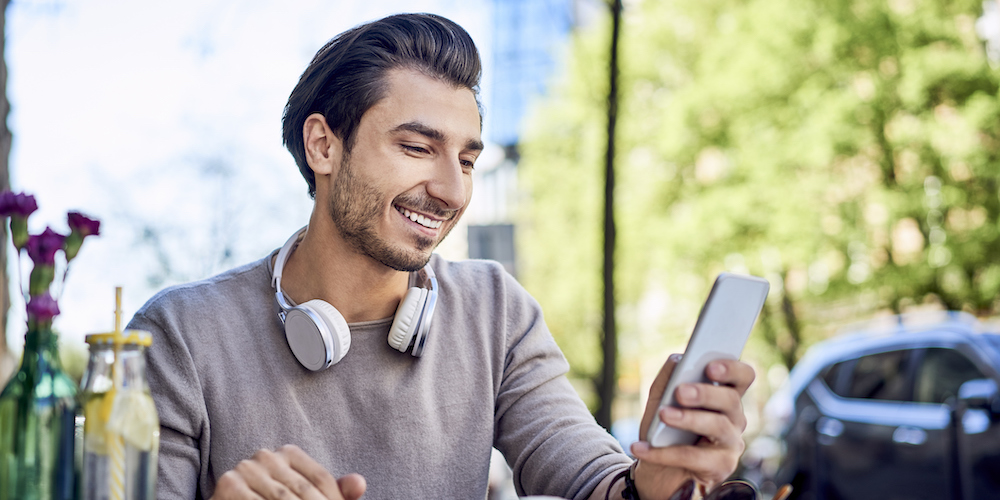