Written by Daniel Villarreal on February 27, 2015
Be first to like this. 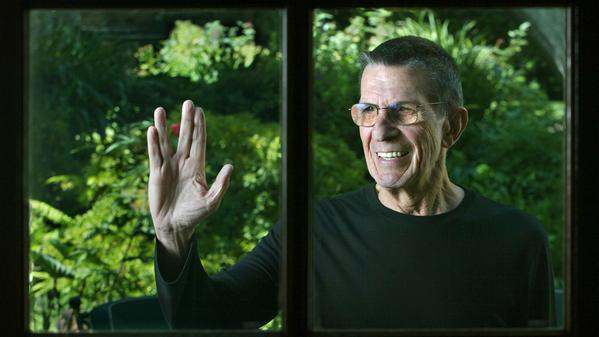 Unless you live where no man has gone before, you’ve probably heard that actor Leonard Nimoy — the man who played Mr. Spock in the original Star Trek series — died this morning at age 83 after going into the hospital for chest pains related to chronic obstructive pulmonary disease.

Naturally, fans and admirers have been reacting on Twitter. Here’s a handful of the most poignant memorials to his life and work:

A flower arrangement left upon Nimoy’s star on the Walk of Fame:

"I loved him like a brother. We will all miss his humor, his talent, and his capacity to love."

"Long before being nerdy was cool, there was Leonard Nimoy." —President Obama #LLAP

Another person mentions the imminent return of the Mr. Spock comet (which is totally a real thing):

A reminder of Nimoy’s “alien” upbringing:

And a yearbook shot from his home planet of Boston:

"Mr. Nimoy never forgot his Boston roots and the spirit of his work lives on.." – @Marty_Walsh http://t.co/uYTXmQcry9 pic.twitter.com/KVYZBQr1mc

The time that he visited NASA:

RIP Leonard Nimoy. So many of us at NASA were inspired by Star Trek. Boldly go… http://t.co/qpeH5BTzQc pic.twitter.com/nMmFMKYv1L

Some pics of Nimoy with Zachary Quinto, who played Mr. Spock in the 2009 Star Trek film reboot:

Did you know #LeonardNimoy did a stellar photo series celebrating the bodies of larger women? He was more than Spock. http://t.co/rCDxEx8moQ

… and that he voiced characters in the Transformers cartoon and film:

Lost the great #LeonardNimoy. Little known fact, he was Galvatron in 1986 Transformers and Sentinal Prime in 2011. pic.twitter.com/U1sq5F7l4f

A reminder of that time he gave Lord of the Rings’ fans a treat by singing “The Ballad of Bilbo Baggins”:

Almost forgot about this earworm. Thank you #LeonardNimoy for the decades of entertainment.https://t.co/tbAUzaEmOS#BilboBaggins

The 1962 telegram when he asked President JFK to protect the environment and avoid nuclear war for future generations of children:

In a telegram, #LeonardNimoy pleads with JFK for a safer planet. pic.twitter.com/u609le4xPK

Then there’s this incredibly weird picture of Mr. Spock holding a dog in what appears to be a lion-unicorn-shrimp costume:

#RIP #LeonardNimoy one of the greatest character actors of all time. pic.twitter.com/5IAsojAqlf

Not to forget Leonard Nimoy’s hilarious appearance in the beloved Simpsons monorail episode:

A life is like a garden. Perfect moments can be had, but not preserved, except in memory. LLAP

Our favorite memory is when Mr. Spock wrote an advice column to a biracial boy who felt rejected by his white and black peers. He told the kid to be himself, knowing that he has value, even if it meant turning his back on popularity: 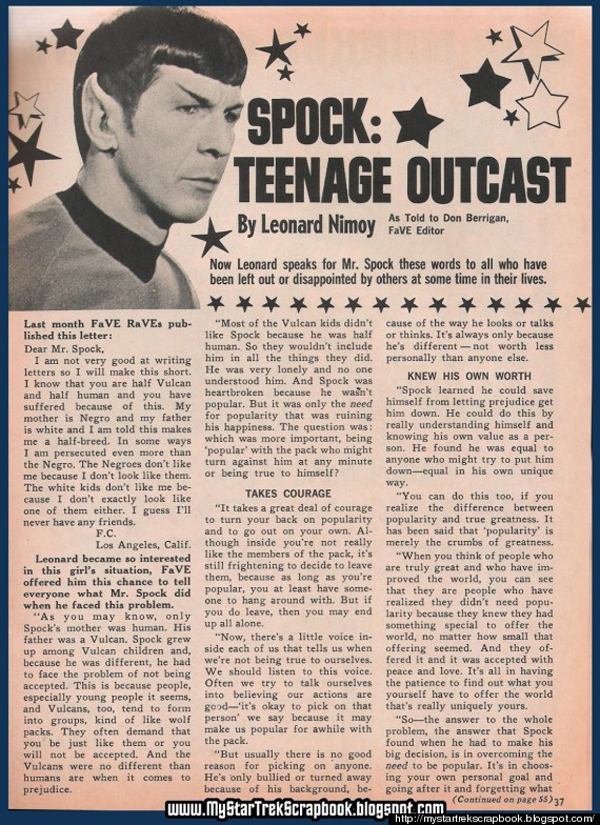 May your memory live long and prosper, Mr. Nimoy.

Farewell Ellen! Here Are 5 LGBTQ Celebrities We'd Love to See Take Over Daytime TV
Secrets and Adorable Details Are Hidden in the Anime Classic 'My Neighbor Totoro'
Jobriath, the World's First Openly Queer Glam Rock God, Would Be 75 Today
In the Late 1980s, Nintendo Revealed That Super Mario Has an Uncircumcised Penis
English