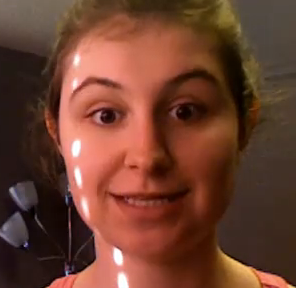 YouTube fan-turned-most despised person on the planet, Tamtampamela, makes us feel very, very uncomfortable with her assertion that “God shook the country of Japan by the shoulders” to show atheists of the world they are going to Hell. It’s the same old “God did this to punish you” for some moral issue that readers see bigots spouting on gay blogs all the time.

This chick is unwell, and seems to have been completely failed by her parents, teachers, and all those who should have taught her compassion.

***Update: YouTube has removed the girl’s channel. Switching to the Perez Player.

Such horrible things to think, let alone record and broadcast to the entire world. For what it’s worth, her YouTube channel lists the following insight into her worldview.

And my favorite quote of all time: “I don’t know that atheists should be considered citizens, nor should they be considered patriots. This is one nation under God.” –President George Bush, August 27, 1988

Homegirl even accuses President Obama of being the AntiChrist.