Written by Booty The Unicorn on January 8, 2011
Be first to like this.

We hardly think we can be accused of gay blog hyperbole here by saying that Sarah Palin has blood on her hands today after Democratic Congresswoman Gabrielle Giffords was shot in the head while speaking at a Tuscon, Arizona grocery store. 11 other people were shot and injured in the attack. 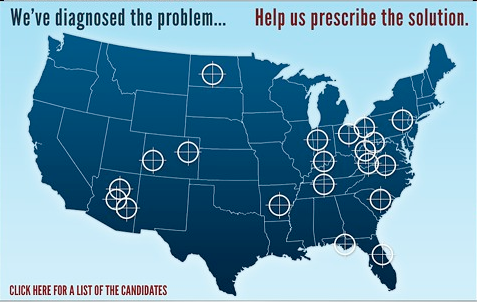 The incident is easily linked to Sarah Palin’s posting images of Rep. Giffords’ name and location in crosshairs on her Takebackthe20 website, which encourages Tea Party members to get rid of Democratic elected officials in Republican districts. Palin is no stranger to riling up gun-crazy Tea Party members. She famously tweeted, “Commonsense Conservatives and lovers of America: “Don’t Retreat, Instead – RELOAD!”

Well Ms. Palin, someone has. Rep. Giffords is currently undergoing emergency surgery for a gunshot wound to her head after you put her in your crosshairs and demanded your followers to “RELOAD” and “prescribe the solution”. 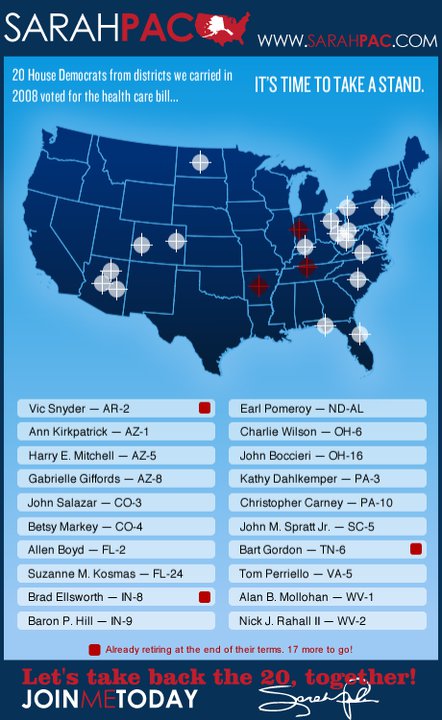 This entire story is revolting. I am sick to my stomach writing this. Do you think Sarah Palin is to blame for this shooting?

*Update: Palin’s camp have taken down the Takebackthe20 page. The Facebook page for the group remains up.

This Week White Supremacy Invaded the Most Sacred of Spaces: The 'Jeopardy!' Stage
The 'Rocky Horror Picture Show' Castle Is a Luxe Hotel Perfect for a Weekend Stay
How Frankie Goes to Hollywood's Gay, Controversial Music Videos Shaped the '80s
The AIDS Memorial on Instagram Ensures That Stories of Love and Loss Are Never Forgotten
English