Last night I mentioned offhand to a friend that I’d never seen Saved by the Bell and he nearly choked on his beer.

“It just never came up,” I replied. My childhood television viewing was rigorously monitored and controlled, and so as a result, shows that ran an integral thread through everyone else’s life missed me completely. I know that the show is about a school, and that it has a famous drug episode, and that it wasn’t very good but the kids were just hot enough that teenagers liked looking at them. I am also aware of a strange mashup involving Saved by the Bell and Star Trek.

And that’s about the extent of my knowledge.

And yet whenever I mention that I’ve never seen it, jaws drop and everyone starts talking about how essential it was to their development. So I’m embarking on a strange experiment: watching Saved by the Bell now, decades after it on TV, as an adult well out of its intended demographic, to see what all the big fuss is about.

Okay, and I’m hitting play on Saved by the Bell episode 1 … now.

First impression: Wasn’t Mario Lopez on this show? Instead, they have a twerpier, younger kid who doesn’t exactly scream “heartthrob of America.”

Wikipedia informs me that the show began its life as something called Good Morning, Miss Bliss — a pilot that aired once, was a flop and then got retooled into Saved by the Bell. It was initially all about the teacher, played by Hayley Mills (oh good lord! What is a real actor doing in this mess?) and a bunch of precious 6th graders, one of whom would go on to be Urkel. Saved by the Bell aged the kids up by two years, and then gradually took the focus off of the teacher.

I’m five minutes in now and we’ve met the kooky art teacher. I know she’s kooky because she is wearing a bow tie on a pink blouse that is covered in lots of tiny bow ties. Also she’s carrying a book-bag that says “KOOK” on it.

We keep going back and forth between the kids and the grownups. It’s like Upstairs Downstairs in a suburban middle school.

Hayley Mills is a little hard to understand. I’m not sure what her accent has developed into. She just said “no bonus miles” to a boy but it sounded like “no boner smiles.” This, I think, was her way of telling the kids to get to class as fast as possible, but I can’t tell because the lines that are supposed to be “jokes” are not actually funny. I only know they’re meant to be humorous because someone is hitting a button on a laugh track. This is like a script pre-punch-up.

Also, the cafeteria appears to be serving steak for lunch — not bad for a public school.

After a commercial break, we’re in Miss Bliss’ home. I don’t know who did the set decoration for this show but they must’ve been a mental patient. There appear to be a display of several tiny tubas on the shelf.

Miss Bliss talks to a student about her husband dying and the show just got real somber. Who is this program for? Adults who want to be bummed out between shots of teens being precocious? Or teens who like hearing adults say serious things?

Okay, we’re moving on to the first episode of season 2. The show was drastically retooled over the summer, Hayley got the boot (I can’t imagine she was too upset about that) and they brought in a bunch of newer, hotter kids. The survivors from the old cast are talking to them like they’ve been here all along and they don’t notice any change, which is incredibly eerie.

Oh God the main kid just turned and talked to the camera! The show’s become House of Cards!

The Screech character just hit on a girl by saying “my horoscope says we’re destined to be together.” She is visibly uncomfortable. The writers of this show had Dustin Diamond’s number even then.

There’s a music teacher in this scene, and his pocket square has more charisma than the entire cast. Elizabeth Berkley, whom I only know for Showgirls, is doing a little-girl dance in music class and it’s very very troubling because I know it’s only a few years before she’s showing her breasts to the world. (Side note: what if Saved by the Bell is canon with Showgirls? She is very evasive about her background in both. “I don’t want to talk about it,” she says when someone asks her about her past.)

Now Screech is dancing with a creepy doll. They really had Dustin Diamond’s number.

Elizabeth Berkley has a pair of framed jeans hanging on her door.

Holy shit, get a load of that package on Mario Lopez. He was 17-ish when this aired, but the show has completely sexualized him in tiny tiny shorts and what seems to be the world’s most generous dance belt. I get that they wanted the show to take advantage of teen hormones, but this is filthy. I am genuinely distressed, and also motivated to skip ahead a season or two so I don’t feel quite so gross about watching his crotch thrust for our pleasure. Who is responsible for this?

Okay, Episode 2 is over, and at this point I think it’s pretty clear what this show is, what it will become, and what its enduring legacy will be. I’m glad I have two episodes of the show under my belt, since that’s probably all that anyone needs. Good grief, though, how was this something that people regularly watched? Why is it a part of everyone’s childhood? It’s kind of amazing — it seems like an artifact from a culture that forgot to invent acting. 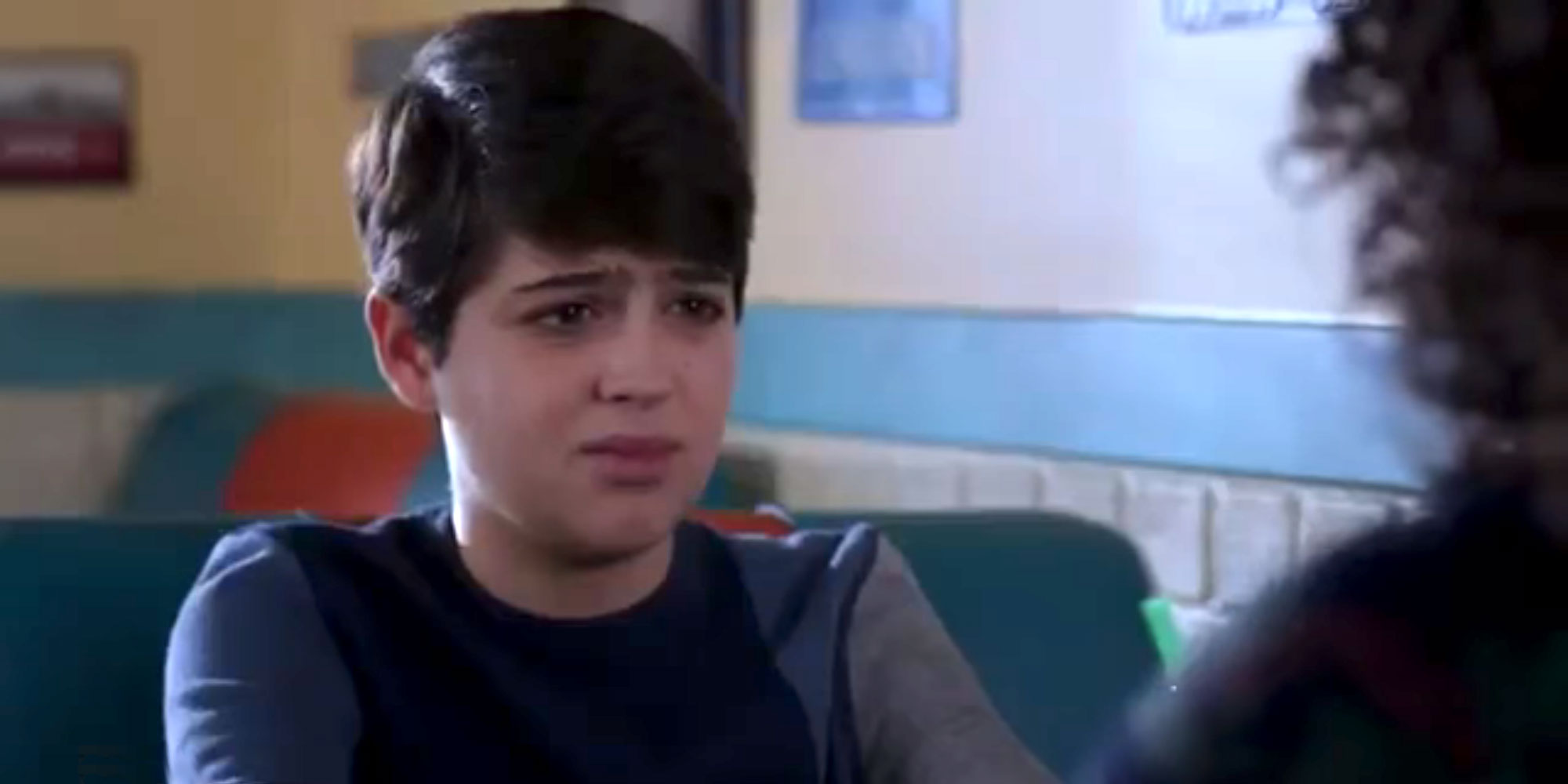