Written by Daniel Villarreal on August 22, 2015
Be first to like this.

EDITOR’S NOTE: The version of this story published on August 22, 2015 titled “RuPaul’s Drag Race Season 2 Winner Gets Busted For Weed… Again” erroneously reported that James William Ross IV (aka. Tyra Sanchez) was charged with marijuana possession in 2015. The incident in fact took place in 2011. The error was completely ours: we retract it and offer a corrected version below with a sincere apology to Mr. Ross/Ms. Sanchez.

In 2011, RuPaul’s Drag Race season two winner Tyra Sanchez (aka. James William Ross IV) got arrested in Georgia for marijuana possession. Basically, Ross was a passenger in a car stopped for having illegal window tinting. When the cop smelled weed, he searched the vehicle and arrested Ross and the driver, both of whom spent a night in jail before getting bailed out.

Shortly after winning RuPaul’s Drag Race in 2009, the then-21-year-old drag queen virtually disappeared. He was set to appear in a Kickstarter-funded documentary called Drag Dad about raising his son Jeremiah, but investors haven’t heard from the film’s creators in over two years, so that’s probably gone up in smoke too. 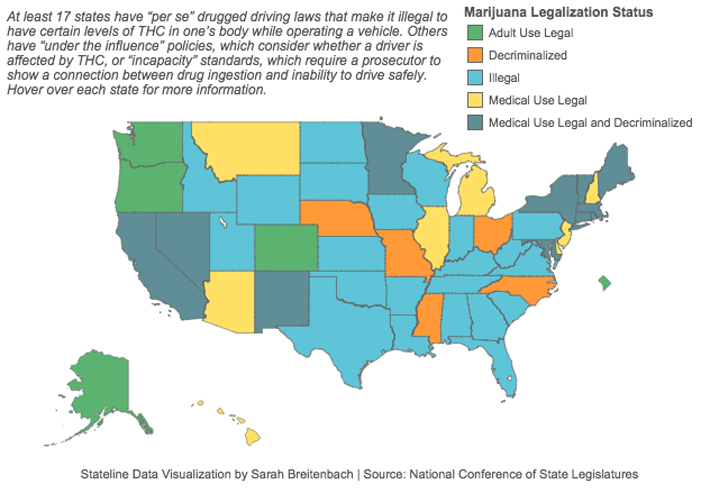 Just to be clear: weed criminalization is bunk. The U.S. spends about $3.6 billion a year to enforce marijuana laws that punish Black weed smokers about four times more often than white ones. And even the four states that have legalized recreational marijuana still aren’t sure how to regulate driving under the influence of THC, the psychoactive chemical in weed.

In 2010, a government chief drugs adviser from the UK ranked weed as the eighth most dangerous drug among a list of 20. The most dangerous drug? Alcohol. More destructive than heroin. But the U.S. Drug Enforcement Agency still classifies weed as a schedule one drug “with no currently accepted medical use and a high potential for abuse.”

You know what else they consider a schedule one drug? Heroin. Yes, America sees marijuana as on par with smack. No wonder they’re spending billions locking up drag queens and other who try to smoke it. Meanwhile, states with legalized weed are raking in millions while reducing weed arrests.

What a farce. This toke’s for you, Tyra.