Written by Kevin Farrell on March 6, 2011
Be first to like this. 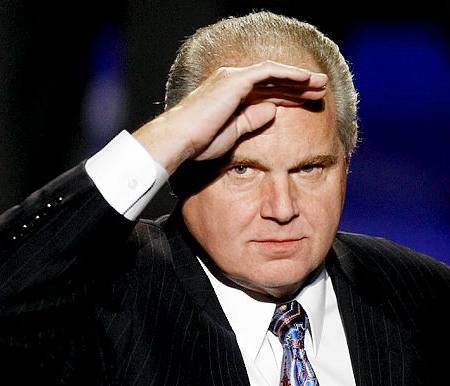 Premiere Radio Networks, the juggernaut behind the number one and two radio programs in the country hosted by Rush Limbaugh and Sean Hannity respectively, is being accused of hiring voice actors to “call in” to the conservative talk shows.

This revelation was unintentionally leaked when the company made a marketing announcement on its website about its service, Premiere On Call. The blurb has since been removed (Fishy, fishy!), but read:

“Premiere On Call is our new custom caller service… We supply voice talent to take/make your on-air calls, improvise your scenes or deliver your scripts. Using our simple online booking tool, specify the kind of voice you need, and we’ll get your the right person fast. Unless you request it, you won’t hear that same voice again for at least two months, ensuring the authenticity of your programming for avid listeners”.

Premiere, parent company Clear Channel Communications, and hosts Limbaugh and Hannity are accused of paying voice actors $40 an hour for faked calls under the guise of multiple characters.

As reported, once the actor “passed the audition, he would be invited periodically to call in to various talk shows and recite various scenarios that made for interesting radio.” In addition, the source was specifically told there would be no on-air disclosure of the fabricated nature of the call. He subsequently landed the job, at $40 per hour and a minimum one hour of work per day.

This suggests a wide network of radio clients is broadcasting bogus calls by actors, categorized by their accents or vocal qualities. Next time you hear a “gruff”, “clean”, “crisp”, “deep”, or “textured” voice, you might just be hearing a Premiere On Call actor secretively playing a real person.

But they can never go public because they are gagged from talking about it.

The confidentiality clause, which can be read here, states, “Confidentially agreement: By requesting an audition you are also agreeing to keep the details of the audition and the type of work that you may perform confidential. This applies to information acquired while working for Premiere or any of its affiliates. Disclosure to any third party, sharing project information or publicizing what you do (including via social media) may be considered grounds for dismissal or further action.”

So what’s the big deal? Um, the fact that these companies and programs are pulling an elaborate veil over listeners. The average American you’re hearing on the radio with Sean Hannity isn’t actually representative at all of the general opinions of most Americans. You’re hearing caricatures who are being paid to babble on about incendiary topics. That “whipping conservatives into a frenzy” people often accuse FOX News of, this is the spitting image of it.

Oh, and P.S., it’s illegal. Not disclosing that you are deceiving listeners with actors is fraud, and the FCC and Attorney General’s office can fine violators or outright remove their programs from the air.

Shady, shady, shady. But really, is anyone surprised?

'Friday the 13th' Is So Much Gayer Than You Think It Is
China's Modern-Day Homophobia Belies a Queer History Dating Back to 600 B.C.
Though The Native American Term 'Two-Spirit' Is Centuries Old, It's Often Misunderstood
Read This Twitter Thread About the ‘80s HIV Epidemic That Left Us in Tears
English