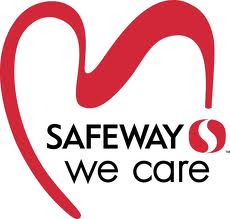 Jason Morgan and Brendan Harrington were just trying to get some dinner at a Washington, D.C. area Safeway grocery store last Saturday night. Instead of groceries, the two walked away with a heaping serving of homophobia.

When the two men unloaded their items on the belt, their cashier said aloud, “Oh God, they’re faggots.” When Morgan asked the woman to repeat herself, she repeated, “‘You guys are fucking faggots.”

Not quite to safe after all, eh Safeway?

”We just couldn’t believe it,” he says. ”She didn’t seem apologetic or anything. We asked her for the store manager and she just ignored us. So we ended up leaving our groceries where they were and we walked [away].”

The couple filed a complaint with the D.C. Office of Human Rights on June 13 regarding the incident.

”I’ve never been called a ‘fag’ ever in my entire life,” says Harrington. ”It was absolutely appalling. We were standing there minding our own business, not even talking to one another. [Morgan] was reading the [National] Enquirer, and I was putting the stuff on the belt, and all of the sudden the checker is saying, ‘They faggots.”’

The incident occurred on the same day as the Capital Pride Parade, during which Harrington was working at JR.’s, what he describes the ”busiest day of the year” at the bar.

Since the incident, the couple has, however, received two calls from people representing Safeway. The first came Sunday, June 12, from the store’s assistant manager with whom they spoke initially.

”The assistant manager called and said, ‘We’re really sorry about what happened, but we’re still trying to figure out how to handle it’,” Harrington says.

How to handle it? Well, you begin with firing the cashier in question. Especially since she openly admits to her homophobic behavior in this video filmed by a concerned neighbor of the two men shortly after the ugly incident. While she does offer an apology, it is lackluster at best. And straight up now, it really shouldn’t affect Safeway’s decision to terminate her immediately.

The Bechdel Test Is the Bare Minimum for Gender Equality On-Screen ... and Hollywood Is Still Failing It
When Gays Bash Back: The Story of Rev. Broshears and the Lavender Panthers
William Dorsey Swann Was a Former Slave, a Badass LGBTQ Activist and the First Documented Drag Queen
Ryan Raftery Shares '10 Things I Learned About Andy Warhol' Ahead of His Brand-New Stage Show
English