Written by Daniel Villarreal on March 27, 2015
Be first to like this.

Indiana just shot itself in the foot today when Republican governor Mike Pence signed the Religious Freedom Restoration Act, a law whose sole purpose is to allow religious business owners to discriminate against hiring or serving LGBT people (even if a city has non-discrimination protections for LGBT folks in place).

In response, Marc Benioff, the CEO of Salesforce, pledged to cancel all programs requiring customers and employees to “travel to Indiana to face discrimination.”

Today we are canceling all programs that require our customers/employees to travel to Indiana to face discrimination. http://t.co/SvTwyCHxvE

Salesforce — a $40 billion company with over 12,000 employees and 104,000 customers — represents the lost business investments Indiana now faces for passing its discriminatory law.

Benioff’s pledge came on the heels of the gaming convention Gen Con threatening to relocate its annual Indianapolis gaming conference if Governor Pence signed the bill. The Christian denomination the Disciples of Christ also threatened to relocate its 2017 general conference in response to the law.  It’s uncertain whether Gen Con and the Disciples of Christ will make good on their threat. 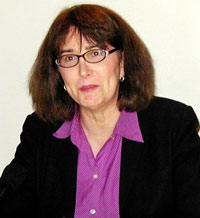 Mara Keisling, Executive Director of the National Center for Transgender Equality, told us:

“This law brings discredit and shame to Indiana. The government protection of Indiana’s LGBT citizens has gone from embarrassing to embarrassing AND inhumane. I would certainly never have an office in a state like this where bigotry has been virtually sanctioned by my state government. How can he expect his employees will be treated respectfully while coming to work, going out for lunch or just living their lives. I know there are good Hoosiers who are decent people. They need to stand up to this disgraceful act by their government.” 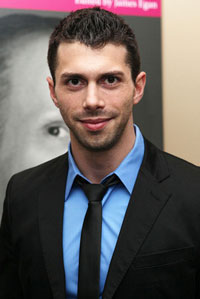 “Salesforce is doing the right thing moving investment out of a state that is legalizing hatred. Studies have proven the LGBT community has over $800 Billion to spend, and we’re happy to take that money where it’s wanted. Corporate America learned long ago that equality is both morally imperative and smart for business. It’s time state governments caught up with that notion.” 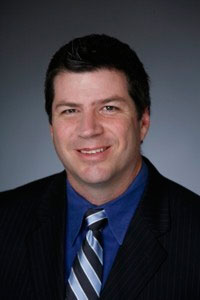 “The tide is turning nationwide, with LGBT equality in the workplace and equal rights in our personal lives moving forward regardless of what happens in Indiana. This is an unfortunate, knee-jerk reaction to where society is heading today, and will only serve to isolate even more those not ready for the positive progress we’re seeing with civil rights across the board in the 21st century.”

“The Republicans will keep throwing BS issues like us for a long time to keep us busy so we don’t fight the really big issues like equal pay, institutionalized racism etc.” 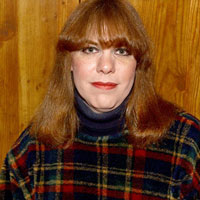 “I think [Mr. Benioff’s decision] is a great idea. Everyone knows that politicians respect two things: Money and votes. Benioff’s making a move that’s all at once smart for business in terms of protecting his employees and clients, wins him credibility with progressives and moderates, and sets a standard for other businesses to follow, which I suspect many will.

Now businesses which don’t respond in kind will be forced to explain why and that’s likely to force bigger companies with interstate reach to make a public stand on the issue. If and when business investment in the state drops the pressure will really be on.

I think the people of Indiana are likely far more progressive than the politicians, and are going to be far less likely to support this law once they realize how it applies to their family, friends and neighbors, in much the same way as people have come to realize that same sex marriage harms no one.” 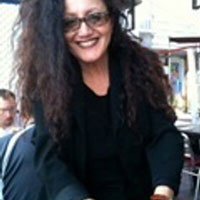 “I think [Indiana legislators] caved to the religious extremists who have been lobbying them and to those who they believe are their core voting bloc. Its political of course. I think they thought threats of boycott were idle threats. I do not know what early push back had been happening from our LGBT side and would very much like to know more about HRC’s involvement in working to thwart this. As an activist I am very appreciative of Mark Benioff’s quick response and willingness to see his threat through. This State and others need to know that we will not tolerate being so flagrantly discriminated against. We need more allies like Benioff. I also think this a huge back lash by extremists to our equality gains and so they have really pushed hard.” 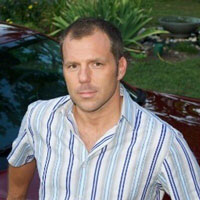 “As someone who uses Salesforce to help me run a non-profit for LGBT young people, I’m also very happy to see the company putting their stated beliefs into action. Salesforce offers wonderful support for charities, which is why we can even afford to use the platform, and this feels like a continuation of that ‘good corporate citizenship’ we all would like to see more of.”

Robyn Exton, CEO of HER — the mobile app for lesbian, bisexual and queer women — commented:

“I’m so glad to see companies standing behind their beliefs and putting, or rather, pulling their money where their mouth is. I’d love to see if this kicks off a chain reaction from other organizations, it could become a really powerful movement.” 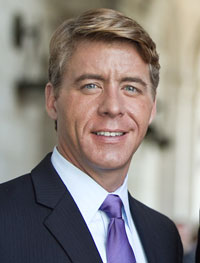 Jimmy LaSalvia — strategist and speaker, former republican, currently a Dole Fellow at the Robert Dole Institute of Politics at the University of Kansas, and founder of GOProud — said:

“Mr. Benioff knows that the Indiana law, like proposed legislation and laws in other states, was proposed and passed to protect anti-gay bigotry. Bigotry for whatever reason is not just acceptable in this country, and Indiana’s legal protection of it is unacceptable to Mr. Benioff. Moving his company may seem like a drastic reaction to the law, but sometimes standing up for what’s right requires that tough decisions are made.” 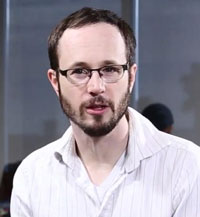 “I think we’ll see federal lawsuits over these “religious freedom” laws pretty soon, since they set up a conflict between free exercise of religion and the Constitution’s guarantee of equal protection. That’s going to be a long and arduous process, though, and it puts a heavy burden on minorities: until you can raise millions of dollars and wait years for a Supreme Court ruling, you’ll just have to endure unequal treatment.” 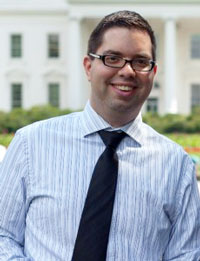 Zack Ford, the editor of Think Progress LGBT who wrote about the bill, told us:

“The businesses in Indiana responded a little but too late… their threats came this week within a day or two with a threat on the veto but we didn’t hear about them when the bill was debated and we knew this bill was coming since early January. In Arizona, the businesses (that protested a similar bill “license to discriminate” bill in Arizona last year) were a little bit higher profile as well. One of the biggest backers was Apple… who was going to be setting up a brand new plant in Arizona and they threatened to pull out. Also the Super Bowl committee in anticipation of the Super Bowl being there the following year also spoke out about it. The high profile of those, combined with the national media attention that Arizona got, made a big difference for the optics there…

Indiana is known for having a very conservative legislature so I don’t see a legislative repeal in the cards any time soon. But… it’s probably going to happen. There will be a complaint because a number of cities in Indiana — including Indianapolis and South Bend and others — have LGBT non-discrimination protections and it will be up to a court to decide ‘Does this religious liberty protection justify circumventing these non-discrimination laws?’ I don’t know if that would provide an opportunity to challenge the law, but certainly it will be in a court case where it’s determined whether or not this (law) does have the discriminatory effect that its proponents intended.

I think that (Benioff) is a really great model because he didn’t just threaten he followed through in his threat. What I really hope happens is a backlash against Indiana the same way as there was against Arizona when they passed SB1070, the really awful immigration law, where nationwide there was an acknowledgement that (the government) had taken a step against a group of people that was just too far. There was just this urge of backlash. I’m really hoping that the Saleforce model is something that other organizations build off of and recognize — that the law is quite odious.”

31 Big-Name Actors You May Have Forgotten Are Part of the MCU
13 Classic Disney Characters Who Were Probably Gay
Poppers: A Quick and Dirty History of Your Favorite Inhalant
The New Years & Years Album 'Night Call' Is Keeping Us On Our Feet and In Our Feels
English