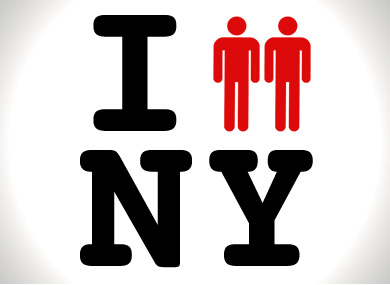 The New York Senate has voted to make same-sex marriage the law of the land in the state after a campaign that felt at times like it ran over the river and through the woods.

Yes, there were unashamed efforts to allow religious organizations to literally and openly discriminate against LGBT New Yorkers, and yes, for some reason bringing marriage equality to New Yorkers was a lower priority for conservatives than approving a state vegetable – but tonight our frustrations have been transformed into celebration.

Congratulations to the countless New Yorkers who have won their right to marry and a thank you to those Senators who stood on the right side of history and voted on our behalf.

Governor Andrew Cuomo will sign the bill into law. Same-sex couples may begin marrying in 30 days.

Finally, thank you to everyone who called, wrote and tweeted the New York Senators from across the world to voice their support for equality. No matter where you call home, this victory belongs to you.

The Chinese Government Is Committed to Erasing LGBTQ People. Here Are 5 Ways It's Succeeding.
Some Straight White People Are Having a Literal Meltdown Over This Katherine Ryan Joke
The Wonderful World of Furries: An Exploration
These 27 Shots of Male Underwater Beauties Will Leave You Breathless
English