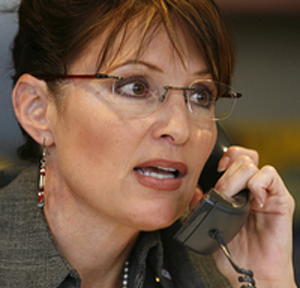 Ego much? Some background. Frank Bailey, a former Palin staff member, has written a tell-all book exposing quite a bit of the nonsense that goes on behind the scenes in Palin World. Among the revelations, Sarah hated being governor of Alaska, and violated election law with some shady fundraising activity.

Throughout the manuscript, emails from Ms. Palin are used to prove some of Bailey’s claims. Once the world got their paws on Palin’s email address, some internet detectives searched to see if the address was used to register for a Facebook account. Surprise, surprise! The address was attached to a pictureless profile named Lou Sarah – as in Sarah Louise Palin!

KABOOOOOM! (That’s the sound of our brains exploding from the Twilight Zone egomania on display here.)

Apparently Palin is not reading the liberal newspapers and other publications that provide news about Facebook privacy settings. Still, Sarah Palin “liking” a Fox video about the things she likes? Very meta, “Lou.”

Baseball's First Out Player, Glenn Burke, Created the High-Five, Briefly a Symbol of Gay Pride
This Researcher Is Giving a Voice to Gay Iranian Men Through a New Book
These 15 Amazing Artists Will Keep Your House Queer AF
5 Gay Board Games From Years Gone By, Including the Ultimate Leather Daddy Monopoly
English