See You In Court! Nebraska Woman Files Suit Against All Gays And Their Allies

Get your court clothes ready… we’re being sued! No, not Unicorn Booty – we’re the most upright citizens you’ll ever find — but you and me! Basically, everyone reading this. And those of us writing this. And probably everyone you know.

A  woman has filed a court case (no foolin’) against homosexuals and their “alis”; we’re guessing she means “allies”? Sylvia Driscoll (not pictured above) — a 66-year-old from Auburn, Nebraska and self-declared ambassador of God — filed suit in federal court May 1.  In her petition to the court, she wants Judge John M. Gerrard to declare that homosexuality is a sin.

Sure, that doesn’t seems like something for a federal judge to decide, but hey.  At least it reminds me of one of my favorite Achewood strips:

And, if you’re curious, we’ve included the ENTIRE HANDWRITTEN petition to the court below.  It’s worth a read. 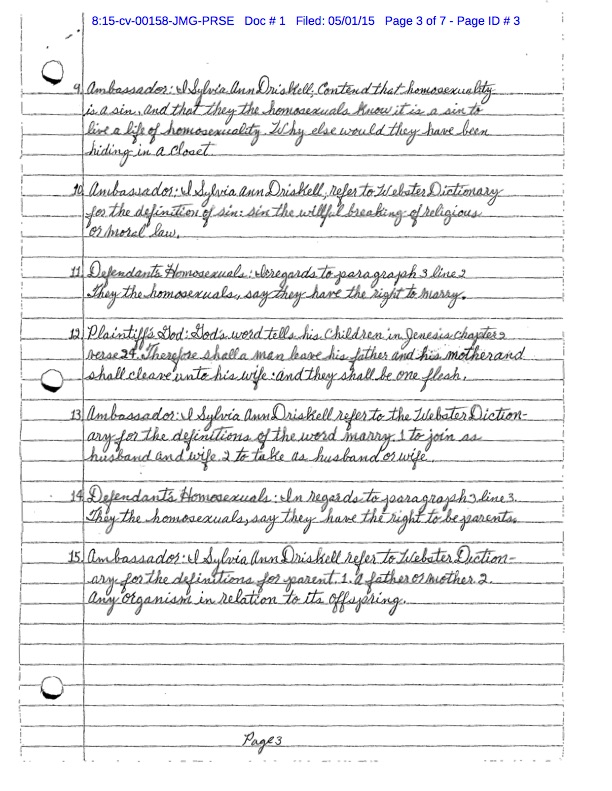 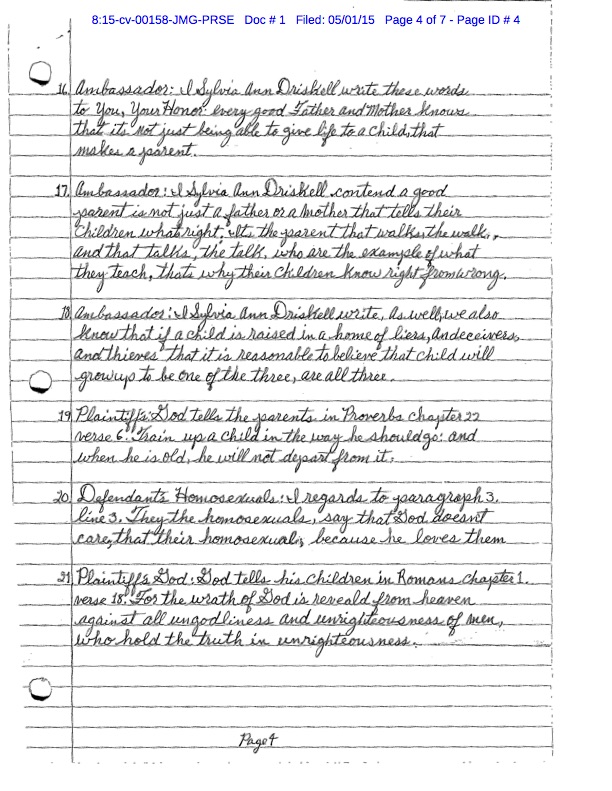 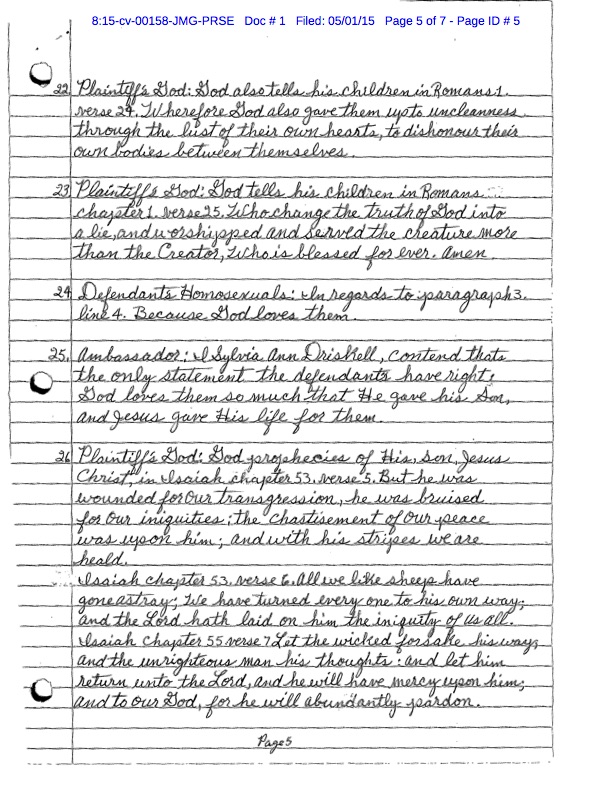 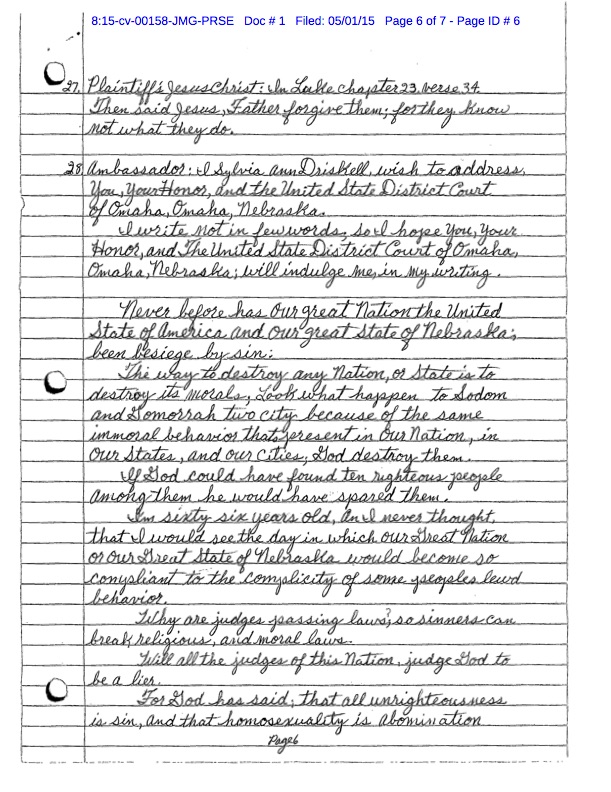 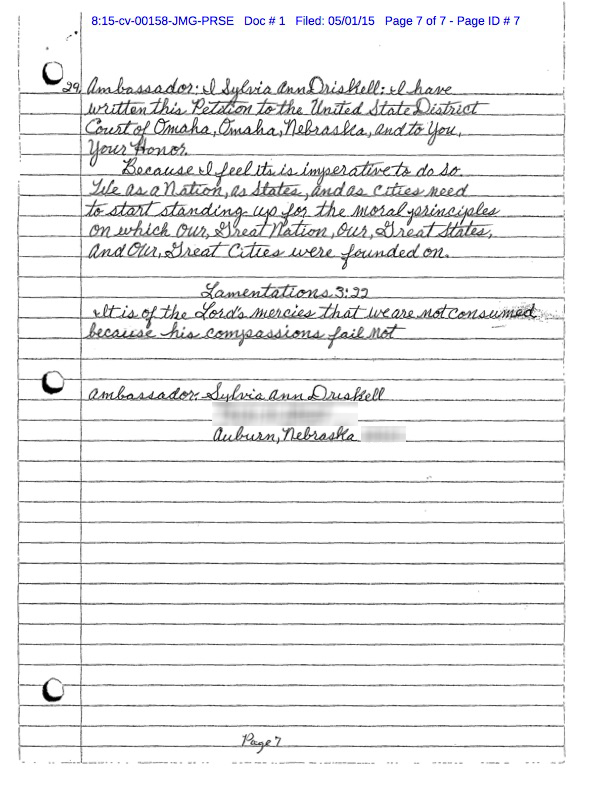 We should seriously consider the possibility that Ms. Driscoll might be mentally disabled; either that or she’s a serious religious fanatic — neat cursive like that doesn’t happen unless you’ve got issues. Either way, it’s bad karma to make fun of a mentally disabled person, but if Sylvia has her way, we’re all going to Hell anyway, or at the very least, Omaha.