Written by Danny Polaris on March 2, 2017
Be first to like this.

East London is world-famous for its alternative performance scene, where gay venues and LGBT performers go above and beyond the norm to deliver sensational onstage shenanigans. We caught up with the hottest comedy group of the moment, The Sex Shells — members Leopard LeStrange, Calum Mac and Dom Top, to talk about fucking up Disney songs, chill-outs and —what else? — getting laid.

How did you guys meet, and how did these ideas start coming to life?

Leopard LeStrange: We met at a chill-out, a beast that eventually regurgitated us, having turned us into cabaret performers.

Dom Top: I met LeStrange in a toilet cubicle and Calum whilst he was dressed as a nearly naked Jesus Christ. The ideas started to come together when we all realized we were complete hams that love to sing about our own lives.

I hear you’ve re-written some Disney songs. Give us one of your new lyrics.

Leopard LeStrange: Heavens, where to start? I once did a charming one-man sketch called The Little Mephmaid including such musical treats as “Under Da G” (You’re not a loner / When you’re in a coma) and “Poor Unfortunate Holes” (So slack / so loose). These days I’m far more cerebral, and sing about everything from Nigella Lawson’s cocaine scandal to bangers from The Hunchback of Notre-Dame.

Have you ever had to deal with hecklers?

Dom Top: In all honesty, the audience are more likely to get heckled by us. That or molested.

Do you see yourselves as Disney characters for 21st century gays? What character would you be?

Leopard LeStrange: I have the face of Belle and the body of Raja, Princess Jasmine’s tiger. I have the flaming hair of Hades, the powers of Merlin and the perturbing leonine sexiness of the teenaged Simba.

Calum Mac: I haven’t until now. I’d be an evil business woman whom steals diamonds and is ultimately thwarted by an enchanted cup and a small mammal.

Dom Top: I’ve always identified with Cinderella. Turns up to the party, then fucks off without saying goodbye whilst leaving half her clothes at the venue. Very me.

Does being funny get you laid?

Dom Top: Being funny and also being able to say “Fuck me like an animal” in Spanish have both proven to be very helpful.

If we can’t get to a UK show, can we see The Sex Shells online?

Calum Mac: Yes, you can! If you google ‘Sex Shells’ the first page is all us.

Dom Top: Though you might wanna turn off SafeSearch first.

The Sex Shells perform their XL show at London’s The Glory on March 2, 3, 4, and then monthly thereafter. Book tickets here. 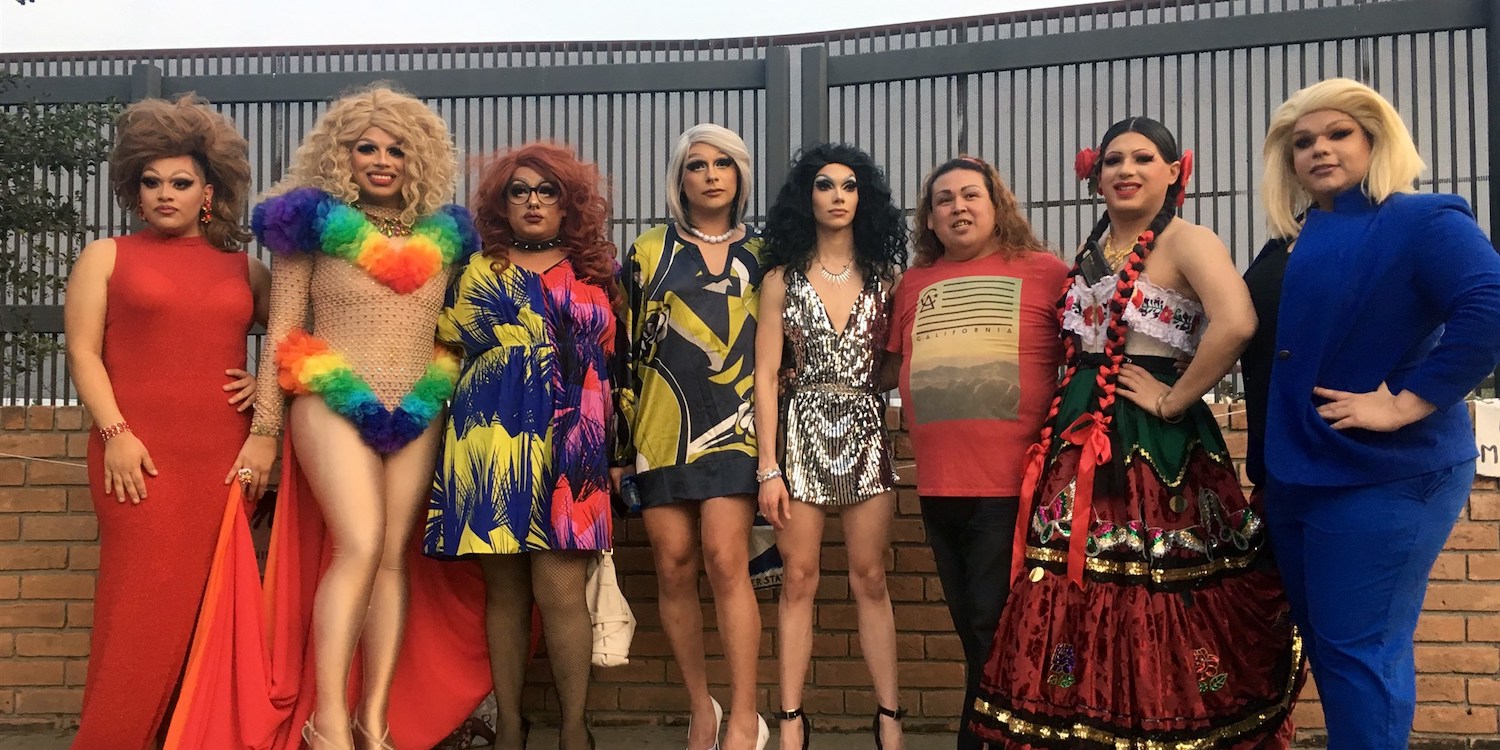 'Star vs. The Forces of Evil' Showed the First Same-Sex Kiss Ever in a Disney Cartoon (Video)
English