Written by Matthew Lawrence on August 22, 2015
Be first to like this.

“Every Sperm Is Sacred,” according to the old Monty Python song. And while that infamous scene in The Meaning of Life wasn’t actually serious, it’s still a little unsettling to know that Wi-Fi devices are probably killing off millions of our little tadpole friends each day.

But fear not, British scientist Joseph Perkins is on the case! He’s just launched Wireless Armour, a new line of underwear designed to shield your assets next time you’re sitting with a tablet or laptop on your lap. 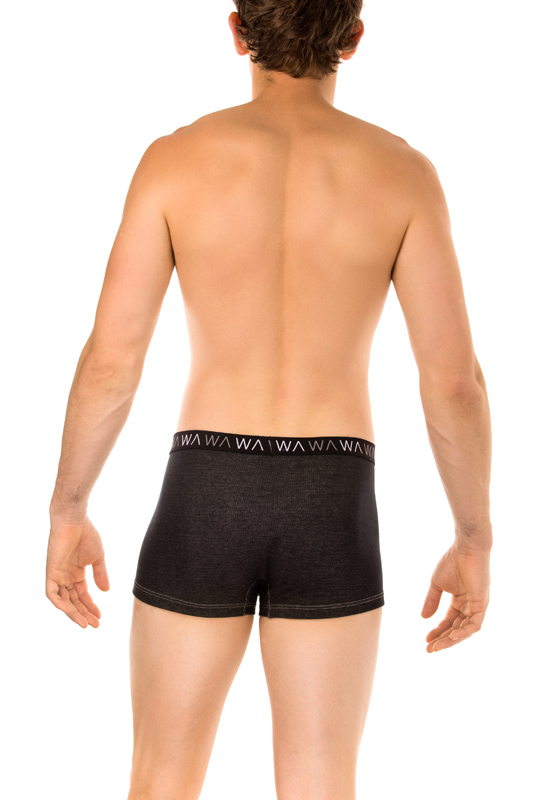 While there haven’t been any conclusive studies connecting Wi-Fi to infertility, there’s a lot of data to indicate that there’s some correlation between electromagnetic radiation and a nosedive in sperm counts. After extensive testing, Perkins came up with RadiaTex, a silver-threaded fabric that shields against 99.9 percent of the radiation emitted by Wi-Fi and 4G signals.

Wireless Armour currently features basic, machine washable cotton/silver underwear in two styles (trunks and boxer briefs) and two colors (blue and black). The silver mesh interwoven with the cotton keeps radiation away from the pelvic region, since metals conducting electricity behave as a barrier. The upside to choosing silver: unlike copper, it won’t discolor in your washing machine. Plus silver’s also highly anti-microbial, which sounds like a good quality for underwear to have.

The downside: silver’s expensive. These drawers currently range from about $37-$55 per pair. And while they’re functional, they’re not especially stylish.

Of course, Wearable Armour is a brand new company, so over time the underpants may get more affordable and/or more interesting to look at. Billionaire airline mogul Richard Branson has already called them “underpants for superheroes,” and if he’s on board then demand for these protective undies might soon go through the roof.