Written by Daniel Villarreal on March 31, 2015
Be first to like this.

Today is the Trans Day of Visibility — an annual international holiday for raising the profile of transgender people around the world.

As we recently explained, you can’t always tell who is trans just by looking. In fact, since trans people face higher levels of discrimination than lesbian, gay, and bisexual people, some trans folks prefer to keep a low profile.

Whether you know someone who is openly trans or quietly living their truth, we hope that you support them and oppose anti-trans prejudice everywhere. Only together can we make a non-violent world where traditional gender roles get tossed in the waste bin of history where they belong. 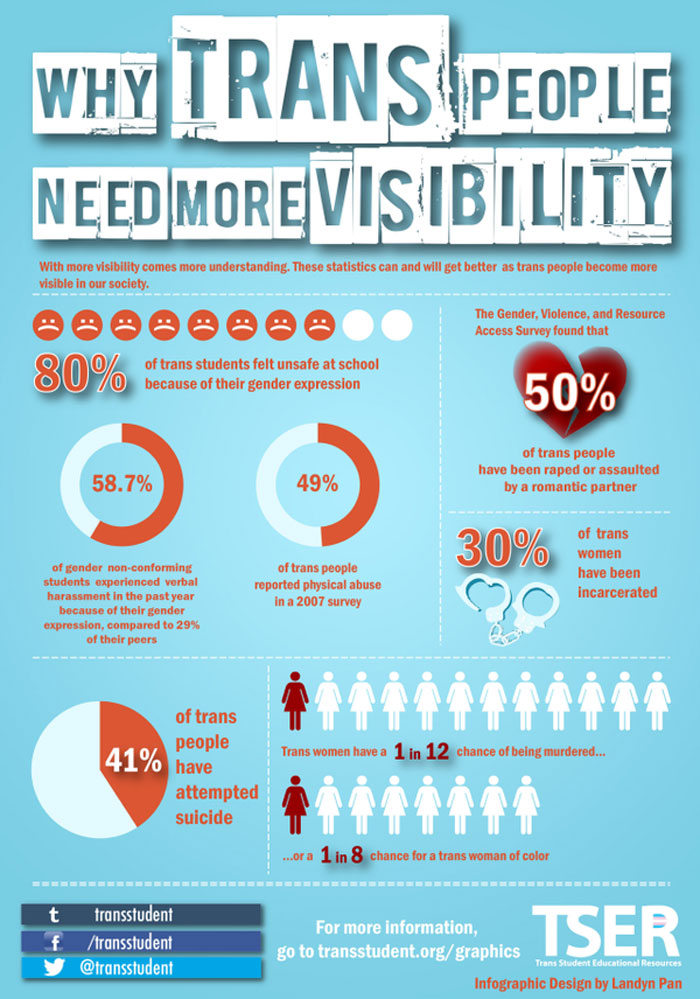 Brooklyn's First Exclusively Trans Boxing Class Breaks Down Barriers for Those Who Need It Most
This Interactive Look at Trans Deaths Worldwide Is Why We Need a Transgender Day of Remembrance
4 Trans Men YouTubers Offer Dating Advice They Think All Cis Gay Guys Should Hear
13 Transgender Candidates Are Running for Office in Pakistan, a Historic First
English