Rapper Soulja Boy clearly hasn’t been paying attention to the news for the past week or so. I mean, how could he miss THIS? Picking up where Kobe Bryant and Tracy Morgan left off, Soulja Boy took to his Facebook page to give us all another steaming pile of homophobia. 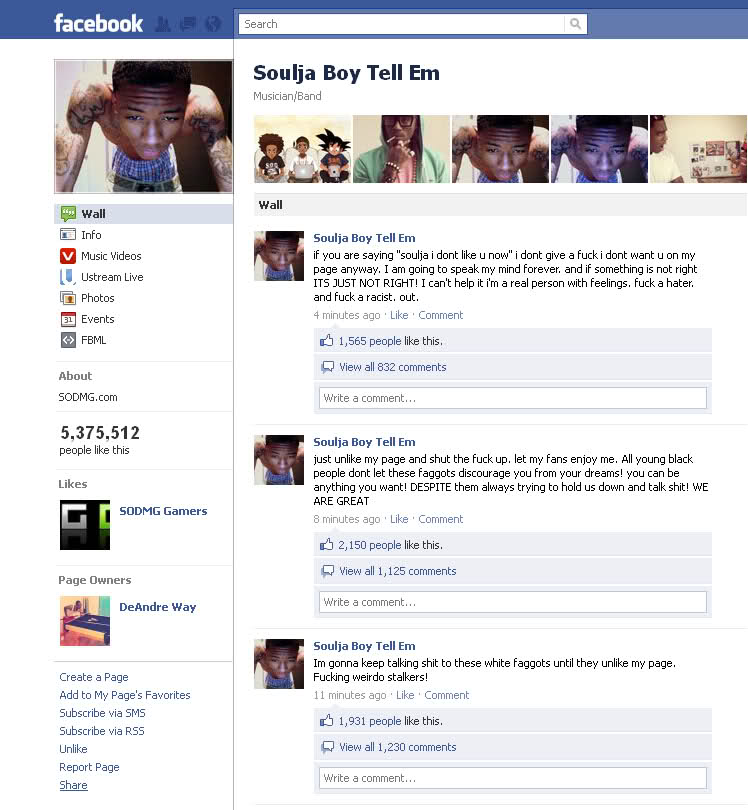 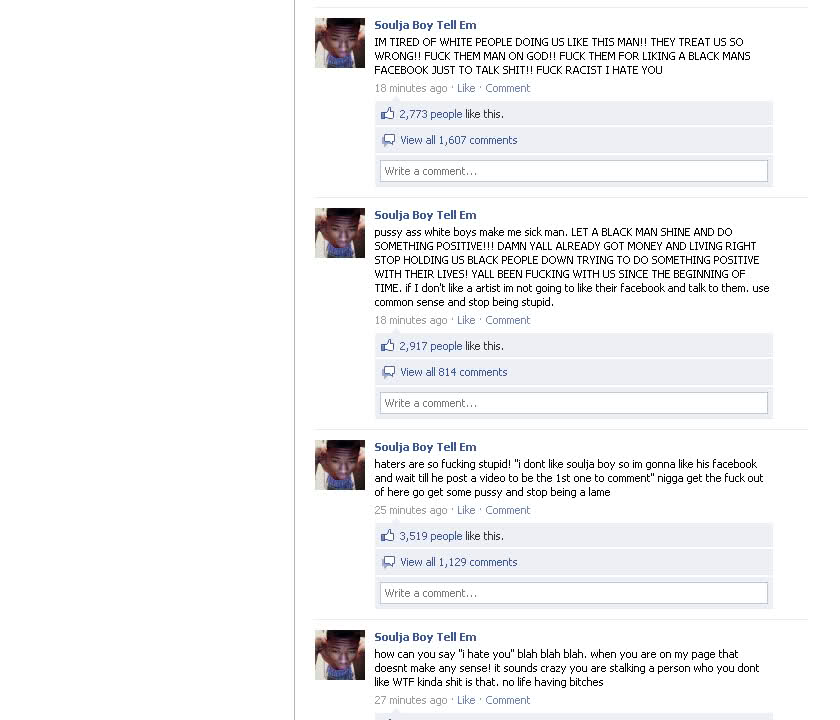 There’s obviously quite a bit of hate going on here, and based on his comments, I think it’s safe to assume it was coming from both sides. Still, we absolutely believe that celebrities should never use their podium to spread hate. Like this, for example:

“I’m gonna keep talking sh*t to these white f*ggots until they unlike my page. fu*king weirdo stalkers!”

Not helping matters is the fact that Soulja Boy later put out a statement insisting he was hacked, and that former disgruntled employees are to blame for the homophobic tirade.

“I had administrators on my account that no longer work with me. The hackers used these old accounts to post hateful messages. This was not done by me or anyone on my team and I’m upset that I am being labeled as a racist and homophobic person.”

Except here’s the thing, in the screenshot above you can clearly see that DeAndre Way, Soulja Boy himself, is the only administrator on the page. It would appear that Soulja boy isn’t just a homophobe, he’s also a liar.

Our Roundup of Films Where Bisexuals Aren't Portrayed as Villainous, Confused Creeps
Well, We Found the Bizarre and Dangerous Intersection of White Supremacy and 'My Little Pony'
Get Your Boys Love Manga Fix With These Top Titles and Swoon-Worthy Stories
This Valentine's Day, Tell Someone to 'Eat a Dick' by Mailing Them a Realistic Chocolate Penis
English