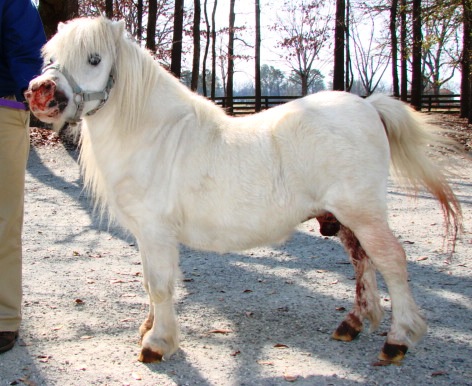 Red Bull may give you wings, but stallion semen gives you balls. Or at least that’s the thinking behind a new energy drink making its debut in New Zealand. The drink, available in cherry, licorice and banoffee (think banana cream pie), is served in flavored shots to combat that heavy alkaline horse balljuice taste we all know so well.

The latest crazy candidate for a food fad may prove to be quite a mouthful.

Raise your glass if you fancy a shot of horse semen, a purported “delicacy” that will debut at the Wildfoods Festival in Hokitika, New Zealand, in March.

“It is the protein of the stallion. It is going to be tastefully done.”

Several New Zealand athletic teams swear by the sauce stuff, claiming it “is better than Viagra.” Wait, now I’m confused. Is this thing an energy drink or an energy drink? Bull semen and deer penis treats have debuted in recent years at the same foodie festival, which has us asking WHAT THE HELL IS UP WITH FOOD IN NEW ZEALAND? Are salads not an option there? Do they not have chickens and cows? Was there some sort of potato famine?

Also, while writing this post, I came across the video below. Nature is so weird.

Would you give unicorn horse semen a try?

Let's Examine the Phenomenon of Cruising Bathrooms Through 4 Famous Queer Men
5 Reasons to Spend Time Getting to Know Your Prostate
We're Dying for a Live-Action Zelda Movie, So Why Hasn't It Happened?
5 Seminal Moments in Queer Punk Rock, Complete With Suggested Playlist
English