In 2014, 19 different offices around the United Kingdom reported a rise in homophobic attacks. One of the best cures for homophobia being education — the second best cure, by the way, is not being a douchebag — we’d like to share Stephen Fry‘s 2013 BBC documentary Out There.

Stephen Fry, in case you didn’t know, is an openly bisexual British comedian, actor, writer, and activist who actually spent three months of his adolescence in prison for credit card fraud. He has since turned into a celebrated activist for international LGBT rights and also has devoted army of over 9.65 million Twitter followers, making him one of the most influential gay people online.

In two episode series, Fry explores what it’s like being out of the closet internationally and why institutional homophobia exists. He also speaks to some famous gay people like Elton John and Neil Patrick Harris (and their respective husbands). But in the meat of the documentary, he explores homophobia’s awful effects, looking at “reparative therapy” and later, talking to a woman who went through “corrective rape” to “fix” her homosexuality. He also speaks with the mother of a child killed by gay-bashers in Brazil, where a gay person is murdered every 36 hours.

Lastly, he takes politicians supporting anti-gay policies to task in Uganda, Russia and Brazil. One of the most frustrating and fascinating segments is in the first episode when he goes on national Ugandan radio to debate a pastor obsessed with gay men’s anuses.

The documentary is available in whole on YouTube, and we’ve included both episodes below.

And, in happier news, congratulations to Stephen Fry on his own wedding earlier this year! 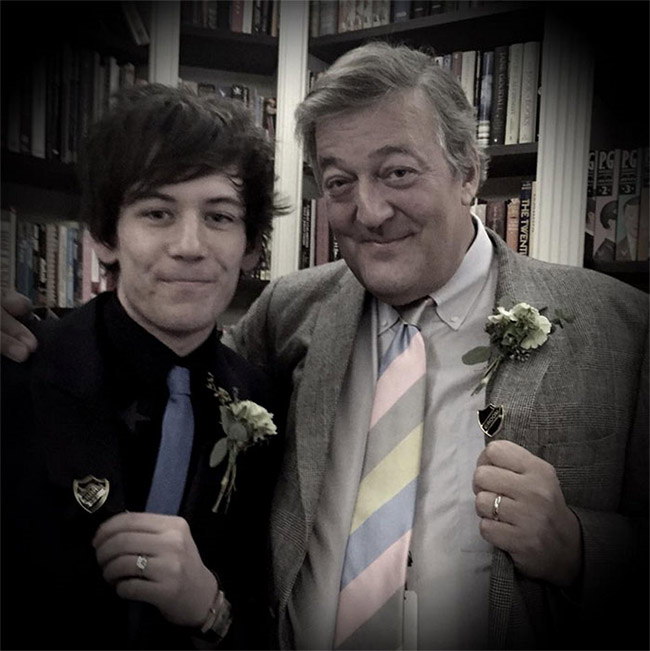 Forget Adam and Steve, These Are the 5 Gayest Bible Stories Ever
Was James Buchanan the First Gay U.S. President, and Have There Been More?
Consider These 10 International LGBTQ Bookshops While Making Your 2022 Travel Plans
These Are the 3 Questions I'm Asked Most Often About My Long Distance Relationship
English