Written by Daniel Villarreal on July 16, 2017
Be first to like this.

Rebecca Sugar, the bisexual creator of Steven Universe — Cartoon Network’s progressive and queer-friendly sci-fi cartoon — has apologized for including a sketch of a “racially insensitive” unused character in the new book Steven Universe: Art & Origins.

The character, named Concrete (or Concret), appeared in the book as part of a larger collection of background drawings and sketchbook notes created during the cartoon’s development. The character seems to be a Crystal Gem, one of many super-powered aliens involved in the show’s ongoing intergalactic war.

Online commenters criticized Concrete/Concret for embodying a minstrel aesthetic: She has black skin and large white lips similar to that of white performers in blackface. Another online vlogger said that Concrete/Concret embodies the “mammy” archetype of a black female caretaker common during the earlier 20th century.

A mammy character, a blackface performer and Concrete/Concret from “Steven Universe: Art & Origins”

The artist notes scribbled next to the Concrete/Concret say that she is “bashful, super agile but not as strong as she looks, has a wicked shoe collection and can’t read.”

The character’s illiteracy calls to mind Skids and Mudflap, two illiterate, jive-talking alien robots from the 2009 sci-fi action film Transformers: Revenge of the Fallen which many fans read as black-encoded and racist, but we digress.

It should be noted that Steven Universe illustrator Lamar Abrams is the one who drew Concrete/Concret, and he is black himself. The sketch was part of a brainstorming game where someone would draw an imaginary Gem — in this case, the artist was Abrams — and another person would write down the name and characteristics of an imaginary gem.

After a fan outcry, Sugar issued an unequivocal apology via Twitter stating, “These pieces were created carelessly and it was wrong to include them.” Sugar adds that she did not personally create or select the drawing but, as the book’s executive producer, she permitted its reproduction during the approval process.

She stated, “I am deeply sorry for the hurt this has caused,” and said that inclusivity and audience respect are extremely important to her and the entire Steven Universe team.

In a separate apology, the artist who drew the character, Lamar Abrams, said:

“As far as concretes design goes, I drew her pretty expressionless. i think all i used was a stylo and a warm grey copic to give her a little more detail. i hadn’t really thought about her since that writing exercise. if i had more time i woulda drawn her cuter. i wanted to get across the idea that her skin would be dark. i get how the contrast with her lips could be seen as a racist caricature. if she was ever to be in the show i’m sure we would’ve developed her into a great character.”

He also said, “I’m very sorry to anyone that was hurt by the images and comments. If you’re discussing things online, I hope you can do so in a caring and understanding way.”

The show’s radical inclusivity has created an intensely devoted

While the drawing of Concrete/Concret makes her skin color appear black, it’s entirely possible that the character might’ve had a different skin tone had they appeared in the actual cartoon as many of the Crystal Gems have green, blue, red and other colored skin.

It’s also entirely probable that the character might’ve been lesbian, bisexual, transgender or intersex, based on the cartoon’s radically inclusive embrace of same-sex relationships. The titular character’s mother, for instance, is bisexual and one of the other Crystal Gems, Sapphire, is in a lesbian relationship with an androgynous or butch female-presenting Gem named Ruby.

A vocal segment of the Steven Universe fandom is very sensitive about the show’s racial diversity and inclusion, even to the point of being toxic. Some fans have forbidden and actively shamed others for lightening the skin color or slimming down some of the show’s larger bodied characters. Others have criticized white cosplayers who dare to dress up as any of the show’s racially coded characters (like Amethyst, a Gem who can come off as black, but whose skin tone is actually a pale lavender).

At one point, these fans even criticized Sugar herself for permitting “white-washing and fat-shaming” drawings of the show’s characters online. 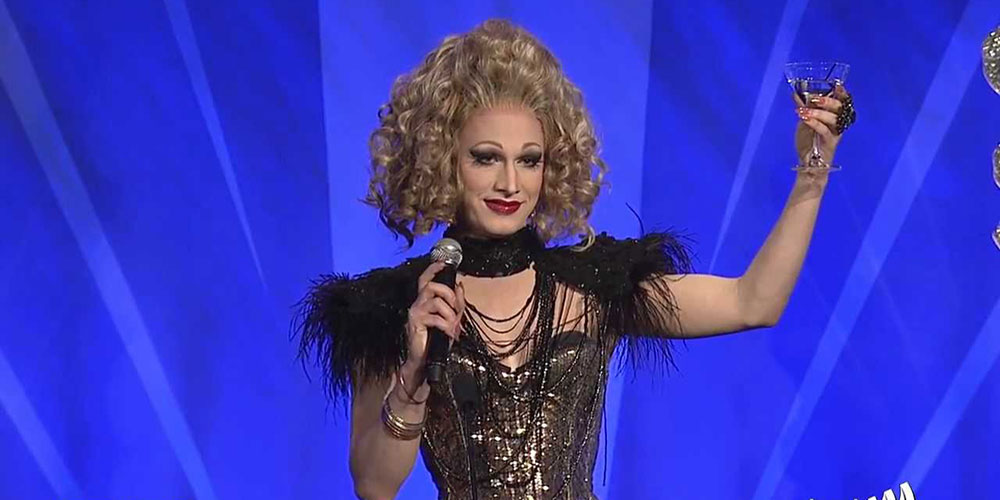