Has Cartoon Network’s Hit Show ‘Steven Universe’ Had a Trans Character All This Time?

It’s no secret that Steven Universe is one of the most queer-positive children shows on television. We even put the episode “Last One Out of Beach City” on our Top Queer TV of 2016 list. Officially, though, Steven Universe has shied away from the T of LGBTQ.

But one popular fan theory argues that Steven Universe does indeed have a trans character: Lars, the moody, insecure teenager working at the Big Donut. The Tumblr mostlyanything19 has compiled a huge list of reasons why Lars may indeed be trans.

The episode “The New Lars,” in which Steven takes control of Lars’s body, made this theory pick up steam. But hints have appeared since the first season episode “Lars and the Cool Kids.”

One of the main points of this theory points out that the curve in Lars’ chest hints at breasts. The theory suggests Lars could be on puberty blockers, taking testosterone or could just be naturally flat-chested.

(This last theory is buoyed by the fact that when we finally meet Lars’s mom in “The New Lars,” she’s similarly slight.)

While Lars’s chest swell may simply be his pectoral muscles, mostlyanything19 points out that Lars’ build doesn’t necessarily support that: he has “barely discernible upper chest fat, no hip fat, [and is] skinny as a stick.”

She also notices in “Lars and the Cool Kids” that Lars isn’t comfortable with casual touching — particularly when Steven tries a “chest-high-five,” touching Lars over his heart.

Another sign comes in the episode “Horror Club,” when we first see Lars as a kid:

Lars’s childhood design could easily be read as a tomboyish girl — and in the episode, child Lars is very concerned about keeping his and Ronaldo’s clubhouse secret — and later in the episode, Lars tries to “rip himself out” of a photo, saying he “can’t let people see [him] like that.”

But it’s the aforementioned episode “The New Lars” that provides the biggest evidence for the ‘Lars is trans’ theory. In this episode, we find out that Lars’s birth name is “Laramie” — a gender-neutral name, though one that sounds somewhat feminine, especially when compared with “Lars.”

When Lars’s mom accidentally calls him by his old name, she immediately apologizes — and her reaction implies Lars would not be happy with being called “Laramie.”

If Lars is trans, he wouldn’t be the first trans character on a kids’ cartoon, but while other shows are catching up when it comes to equality, trans characters on children’s shows are few and far between. There’s SheZow, a short-lived superhero series in which a boy turns into a superheroine when he says “You go, girl” … and the less said about this unfortunate Powerpuff Girls episode, the better.

RELATED | Stronger Than You: The 5 Best Songs From Steven Universe

The creators of Steven Universe haven’t said either way whether Lars is trans. Many of these claims have counter arguments: Those are just Lars’ pecs. Chest-high-fives are weird. Lars wouldn’t want to be seen hanging out with the nerdy Ronaldo. “Lars” is just a tough-sounding name — and Lars is insecure with his masculinity anyway.

Still, the theory is interesting — and the original post goes into much more depth and is very much worth reading. Besides, talking about the deeper implications of character choices is what makes fandom fun. (We’re pretty sure Peridot is having similar conversations about Camp Pining Hearts.)

Until the point when the show’s crew says definitively either way, we can make up our own minds as to whether or not Lars is trans. And for what it’s worth, you can count us in the “he totally is” camp. 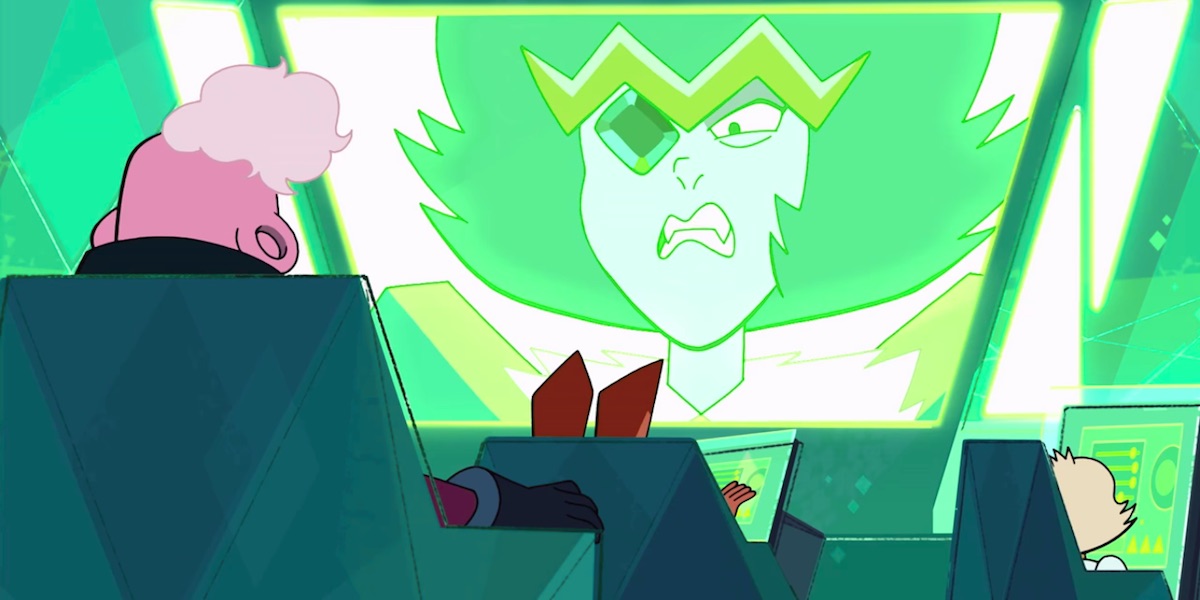 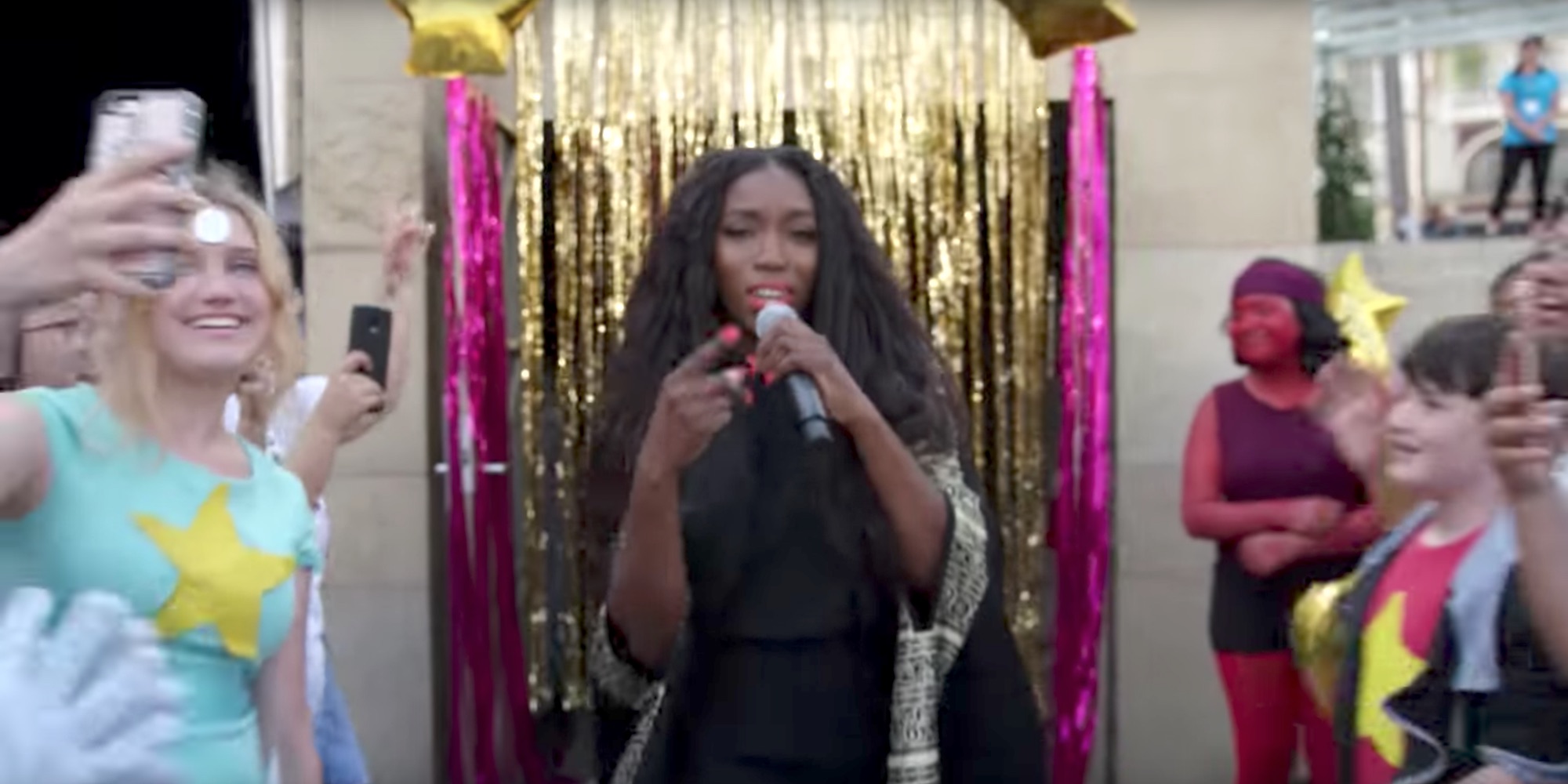 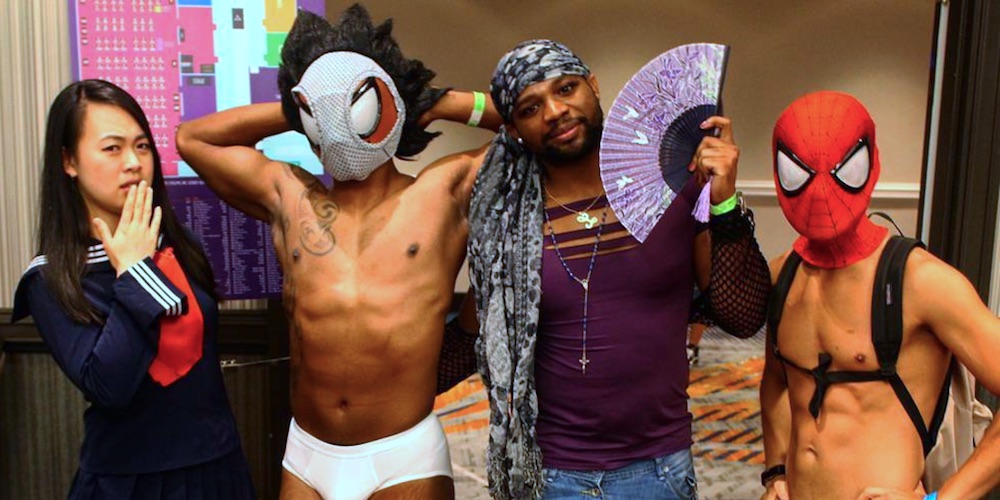