Stop Telling Me To “Turn In My Gay Card”

The Gay Card does not exist. It is a thing that isn’t a thing. Never heard of this thing that doesn’t exist, you say? Here, I’ll use it in a sentence that has almost certainly been lobbed your way by one or more of the Basics you encounter every single day: “Girl, time to turn in your Gay Card.” If you’ve never been handed that line, consider yourself lucky.

Now I will briefly make this piece about me — even though it’s not — with what should be considered an inconsequential fact about my life: I’ve never cared about The Golden Girls. Do you, my gay brother, love The Golden Girls? That’s so great for you. I have nothing but happiness about that for you.

I do not like The Golden Girls, the NBC sitcom that ran on Saturday nights from 1985 until 1992, nor do I dislike The Golden Girls. It is, no more and no less, a TV show that has never been relevant to my life. It came along at a time in my early adulthood when the prospect of staying in on the weekend represented defeat. I was 21, therefore it was important to be out doing anything besides watching TV.

I witnessed exactly three complete episodes, in real time, as they aired in the late 1980s. All three of those evenings were failures on my part to find something to do that involved leaving my apartment. On those stranded Saturdays, The Golden Girls could not sitcom me out of my bad mood. It was old, suburban and mainstream — the opposite of everything I wanted.

The show ran its course and I became an adult with an exhausting job, an adult who was more than happy to stay home, pajamas on by sundown on Saturday, with anything that happened to be on television. But I had already missed my Golden Girls window. By then it was on weekday afternoon cable, a syndication staple, aspirational viewing for nursing home residents and latchkey homosexual fourth-graders.

But for the crime of never having cared about The Golden Girls, I have been told on more than one occasion to “turn in my Gay Card.”

The people who have said this have meant it entirely in jest, in the same way that some older gays like to repeat lines from Auntie Mame and then hold for the laugh, which means that on some level they’re dead-as-fuck-serious.

I live on Facebook just like you do. And I watch my fellow queers interact with one another when it comes to shared and unshared culture. We like to set up rules of consumption. We like to remind one another of those rules. Not a week goes by that I don’t see one man demanding that another man turn in his Gay Card. The Card Taker is aghast that the Card Giver-Upper has never seen Mean Girls, Showgirls, Mommie Dearest, something.

Weirder, still, are the unprovoked announcements, the declarations of self from gentlemen who cannot be counted on to overtly enjoy anything that’s not a dick in their face. They go something like this: “What do you queens see in Britney Spears? I can’t stand her. I guess I better turn in my Gay Card.” And sometimes it’s not even that specific. I have witnessed unprovoked verbal assaults on the entire queer world for engaging with popular culture on any level.

This is the M4M equivalent of saying “I don’t even own a TV,” and it usually sets off a chain-reaction of supportive comments from like-minded friends, and annoyed rebuttals from others. Eventually someone gets unfriended. But this social media slapfighting is how people try to make sense of the world for themselves, how they try to break out of the confines of the gay culture box.

Groups build systems of behaviors, affinities, ways of speaking, and political alignments. And a long, long, long time ago, before Orange Is the New Black and Riot Grrrl and house music and Madonna and AIDS and Harvey Milk and Stonewall, most likely sometime just after World War II, when all those small-town gay G.I.s came home from Paris and decided to get the hell out of Montana for the big city where they could live an actual life, small groups of male homosexuals in New York or San Francisco decided that they liked a thing. Let’s call that thing Judy Garland.

They really liked Judy. Why? Who cares why? But they did. Something about her resonated with something inside them. They got her in some coded way that other people, other fans, did not. In turn they felt, probably, that she got them, too. She became special to people in the margins — a “Friend of Dorothy,” came to mean a gay or queer man, and the designation was major — and those marginalized people incorporated her into their club rules to keep themselves safe. Join our club. Here are the things our club likes. Don’t feel like punching any of us in the face over it? Welcome, new club member.

We still do this. It doesn’t really matter that culture, both high and the low, has shattered itself into ten thousand splinters and that generations are actually just marketing demographics and the Top 40 is irrelevant. It doesn’t matter that there are a thousand video games competing for your attention and exactly eighty-seven first-run mainstream and arthouse films in current release and another thousand new books and a new Netflix series to binge-watch and countless dog-and-cat-are-friends videos to distract your phone and long-form journalism websites you skim because tl;dr.

There’s too much to go around, but we still manage to pick from it to build our club, and we still like to say, as gay men to other gay men, casually, without much thought, “This is the worst crop of Drag Race contestants ever,” or “Shelby, drink your juice” or “That’s so Raven” or something, anything, related to Beyonce. Then we expect those gay men to catch the ball and run with it. When they do not, out comes the rule book and Gay Card pulling and resistance to the rule book and voluntary Gay Card shredding and a lot of chest puffing — some of it fake, some of it annoyingly real.

A truth, a fact, one you should memorize and repeat to yourself as often as necessary: there were never any Gay Cards. You are free.

You are free to satisfy your cultural needs in any way you see fit. Satisfying those needs becomes, over the course of your life, part of your personality, sure, but only a part. None of it is vital to the building of your moral code or character. It’s just one affinity chosen over a different affinity, over and over. It’s a matter of taste, which matters, but not all that much.

Now, this may seem obvious to you. You may already know it. If so, then great. But just a few short years ago, a young friend of mine, a guy in his twenties, in the process of coming out and divorcing a hastily married female college sweetheart, confided, “I know this sounds ridiculous, but I never realized I could be gay and simultaneously not give a shit about any of this norm-gay stuff.”

You can. There is no test. The Patriarchy, which still loves to grind you down into dust, has been forced to ease up just a little, and now you build your own house out of veganism or knitting or powerlifting or stanning for Idris Elba or hockey or Relational Aesthetics or rebuilding car engines, whatever you want. Abandon the repetition of all received messages that tell you otherwise.

The world isn’t going to change. The pointless, confused, policing of culture among our little slice of the population is about some folks needing boundaries against the world, and the practice will never dry up and blow away. But what you can do is change your response to it. You can see it for what it is: the utterances of boring homosexuals, one of many signals that you’ve met people who are not very interesting. Drop them and go do what you want.

Here’s what I do: I hang with people who really love The Golden Girls. One of my friends has written not one but two books about it. One of my other friends is in a punk band called Zbörnak. Another friend of mine, an actor, performs in live drag re-enactments of Golden Girls episodes. Not one of these friends has ever told me to turn in my Gay Card. They know it doesn’t matter. This is because they are free. So are you. Thank you for being a friend. 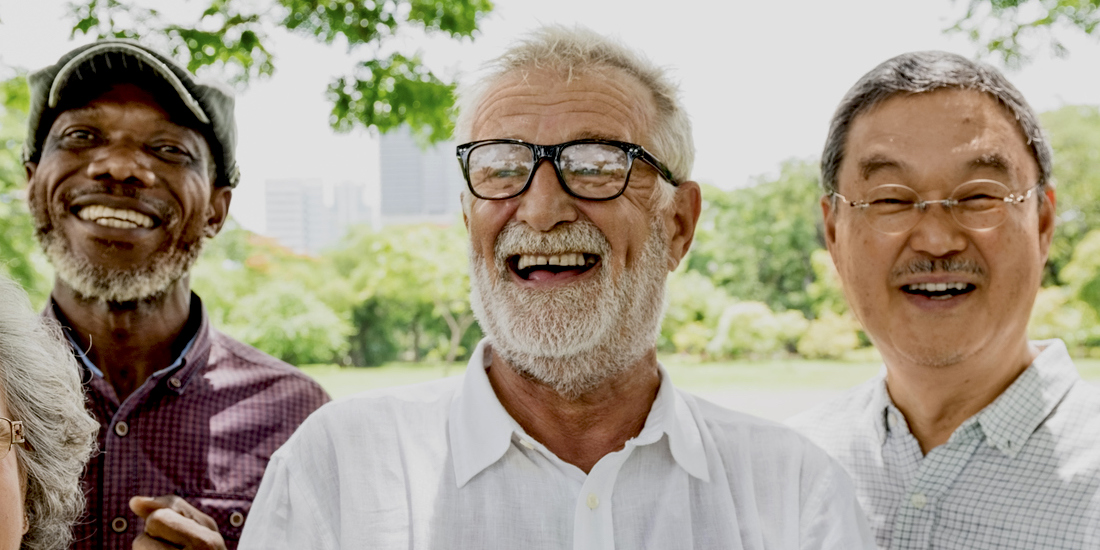 Sharing the Lanai: ‘Golden Girls’ Is a Model for How Some Gay Men Will Spend Their Senior Years 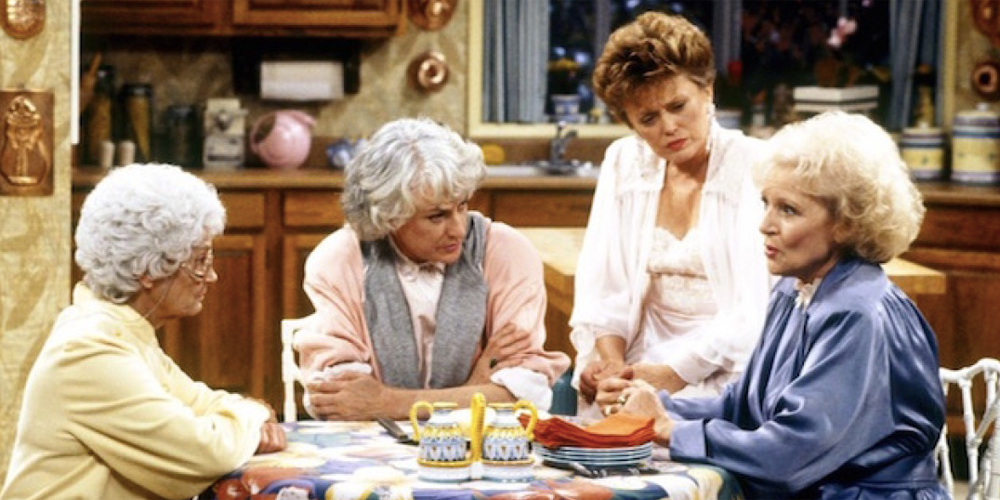