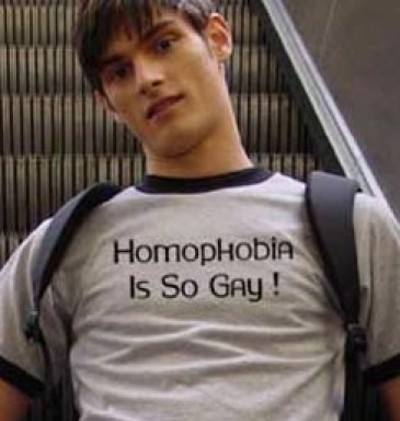 A new study confirms what we suspected all along – the bigger the homophobe, the stronger the homosexual urges.

If Freud is right, then perhaps men who are the most opposed to male homosexuality have particularly strong homosexual urges for other men.

One study asked heterosexual men how comfortable and anxious they are around gay men. Based on these scores, they then divided these men into two groups: men that are homophobic, and men who are not. These men were then shown three, four-minute videos. One video depicted straight sex, one depicted lesbian sex and one depicted gay male sex. While this was happening, a device was attached to each participant’s penis. This device has been found to be triggered by sexual arousal, but not other types of arousal (such as nervousness, or fear – arousal often has a very different meaning in psychology than in popular usage).

Heterosexual men with the most anti-gay attitudes, when asked, reported not being sexually aroused by gay male sex videos. But, their penises reported otherwise.

Homophobic men were the most sexually aroused by gay male sex acts.

Perhaps some homophobia immersion therapy is in order?

Examining the History and Development of the Worst Trope Ever, 'Bury Your Gays'
5 Things That Happen to Your Body After a Breakup
This Couple Tried to Create an All-Gay, Hate-Free City in Nevada
Men Who Love Men But Who Don’t Want to Be Called ‘Gay’ Are Now Opting for This Label Instead
English