Written by Matthew Lawrence on August 14, 2015
Be first to like this.

With Hollywood’s tendency toward bro-y action franchises and straight guy superhero romps, it’s not really that surprising that men outnumber women on screen. But new numbers show that cinematic diversity is really, really off… and things aren’t getting any better. At least, not according to an extensively researched report recently released by the Media, Diversity, & Social Change Initiative at the USC Annenberg School for Communication and Journalism.

The recent fuss about Stonewall reveals that folks really care about film representation and that Hollywood doesn’t particularly feel like listening. Of the 100 top-grossing films of 2014, only two of the 107 directors were female, and only 11.2 percent featured female writers. Furthermore, only 28 percent of speaking characters were female and only 21 films had a female lead. People of color make up 37 percent of the US population, but only about 27 percent of the characters represented on screen. Worse, only .5 percent of characters were LGB-identified. Oh, and there wasn’t a single trans character among the 100 films.

The USC group has been researching diversity since 2007 but this is the first year that they looked at LGBT characters as well. According to the research, only 19 of the 4,610 speaking or named characters in the 100 top grossing films were coded as lesbian, gay, or bisexual, and of those 19, a majority were gay white men (and those include the very stereotyped characters in Exodus: Gods & Kings and Horrible Bosses 2.) 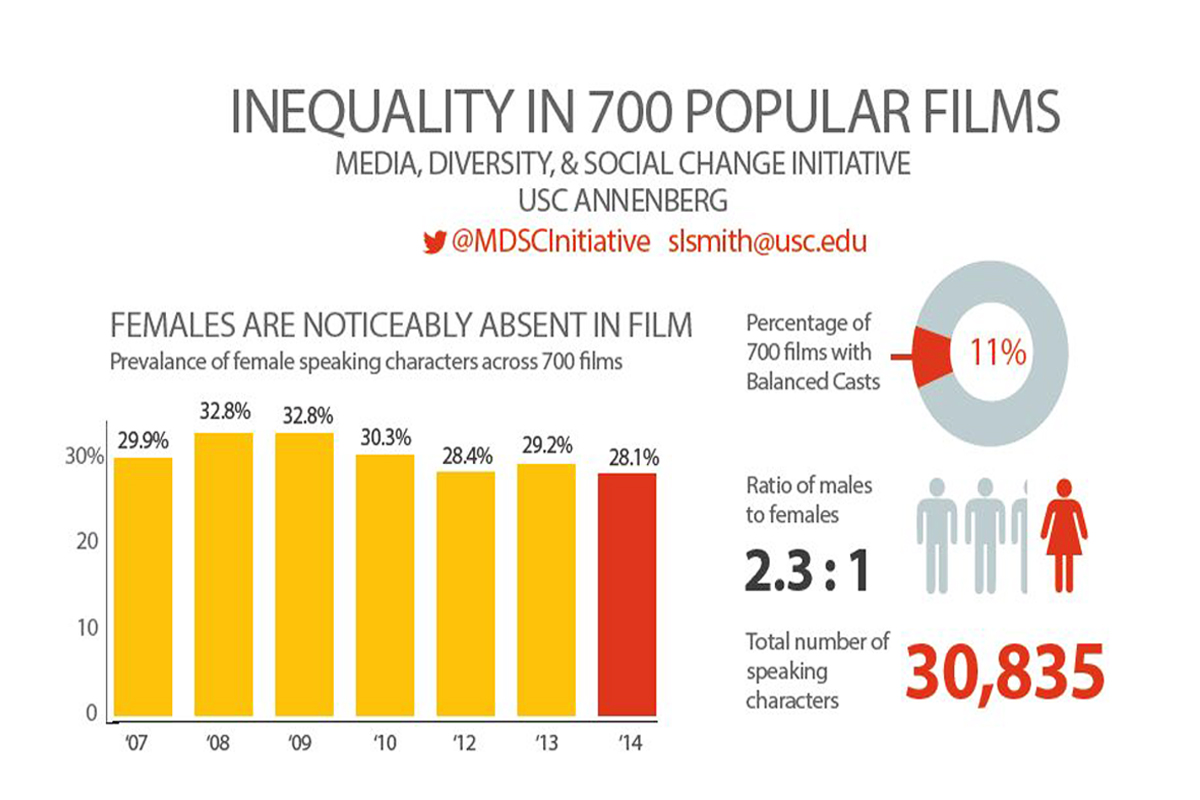 “By examining the trends over time,” says USC Annenberg Professor Stacy Smith, “it is clear that no progress has been made either on screen or behind the camera when it comes to representing reality. This report reflects a dismal record of diversity for not just one group, but for females, people of color and the LGBT community.”

The numbers on LGBT folks echo those released by GLAAD in their most recent Studio Responsibility Index. While the sample pool was slightly different, the results were almost the same: Hollywood movies are predominantly white, straight and male. 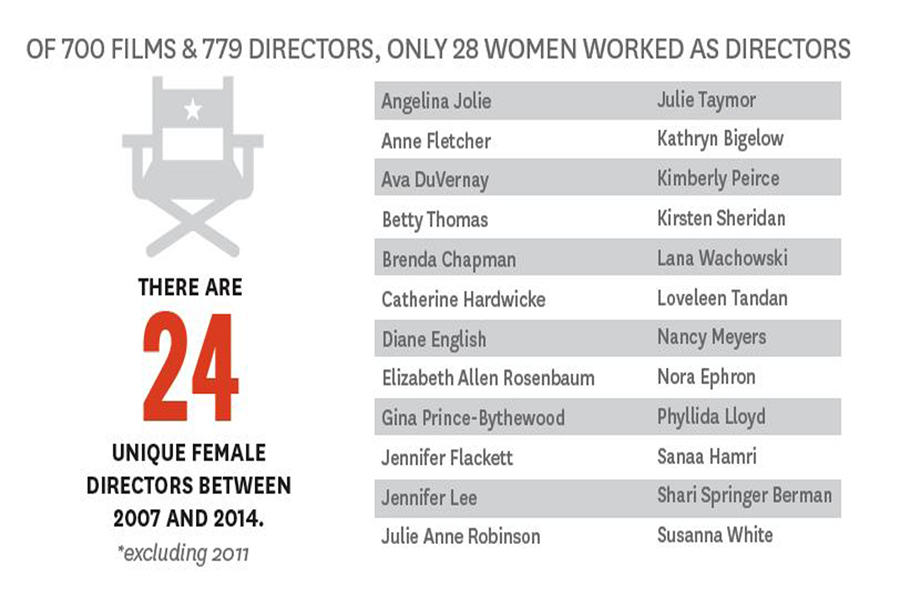 Will 2015 be better? Maybe. Selma was released on Christmas last year in a only handful of cities, meaning that it wasn’t counted last year but will probably make the 2015 list. Selma was directed by a black woman, but it ignored the homosexuality of the Bayard Rustin character. And then there’s Stonewall, assuming anyone actually sees it.

As for women overall, things are looking slightly better than usual. This year’s top grossing movies (so far) include the live-action Cinderella, the heavily female Pitch Perfect 2, and the Rihanna/Jennifer Lopez animated feature Home. On the other hand, the year’s biggest film so far is Jurassic World, and many agreed that the film’s portrayal of womanhood seems imported from the distant past.

Campy Cult Classic 'Girls Will Be Girls' Is Getting Remastered in Time for Pride Month
Ahead of HBO's Just-Announced Reboot, We Look Back at 5 Favorite Queer 'Degrassi' Characters
Here Are 5 D&D Podcasts Featuring Queer Characters You Should Be Listening To
Poppers: A Quick and Dirty History of Your Favorite Inhalant
English