This post is also available in: Français Português ไทย 繁體中文

Taiwan might be small, but in 2017 it captured the spotlight by becoming the LGBT flagship of Asia. Earlier this year the constitutional court of Taiwan ruled that current laws defining unions as between one man and one woman were declared invalid. The island nation’s council of grand justices said barring gay couples from marrying violated “the people’s freedom of marriage” and “the people’s right to equality.” All that makes this year’s Taiwan Pride in Taipei, celebrating its 14th year in 2017, one for the record books.

It’s hard to believe that a small country like Taiwan (just about half the size of South Carolina) has such a progressive citizenry and vibrant LGBT community. Taiwan boasts three separate Pride celebrations and an entire whole month of partying. Taiwan Pride (held in Taipei) takes place this weekend, Oct. 28; Taichung Pride on Nov. 18; and Kaohsiung Pride on Nov. 25.

The map of this year’s Taiwan Pride

The three Pride celebrations together gathered more than 100,000 people last year, but with the historic ruling of Taiwan’s constitutional court, even more are expected this year, leading the city government of Taipei to take extra precautions and add a third route for this Saturday’s revelers.

There are currently three routes that Taiwan Pride attendees can follow: a north route (the blue line), a south route (the green line) and a west route (the orange line), which is where you can party with the Hornet float, drag queens and a plethora of sexy guys.

To make LGBTQ travelers’ stay in Taipei as enjoyable as possible, earlier this month we deployed our crew of “Hornet Ninjas” throughout the city and tasked them with locating more than 100 LGBTQ-friendly businesses, all ripe for exploring. These businesses include a variety of coffee and tea shops, restaurants, bookstores, bars and stores.

Here are 5 of the best Taiwan Pride events taking place this weekend:

The Keepworking Coworking Space is hosting a PINKeLAB discussion on Friday, Oct. 27 with Du Cong, a Wall Street philanthropist who has devoted much time and money to helping more than 20,000 children suffering from HIV have a better life. The discussion will focus on the current HIV/AIDS situation in China, how to tackle this growing concern and what is the proper way forward regarding Taiwan’s same-sex marriage legalization.

If you’re looking for something a bit lighter and low-key, this event could be right up your alley. BFF is a local networking group that meets monthly, gathering friends to eat, drink and network in a relaxed setting. The group now has more than 800 members. BFF’s October event is a special one in honor of Taiwan Pride and newfound same-sex marriage.

The event takes place on Friday, Oct. 27 at Amba Taipei XIMENDING, and over 300 Taiwanese professionals, artists, politicians and students are expected to show up.

After the PINKeLAB and BFF Social Gala, you’ll want to get the party started, and the best place to do that is at the Formosa Pride party. These are the most popular parties of Taiwan Pride, offering up three straight days of drinks and dancing (that’s three nighttime parties plus an after-party on Sunday morning).

The location of the parties will be disclosed the day of each party, and each has a lineup of international DJs and sexy go-go dancers planned from all over Asia.

If you’re looking for a party that has every segment of Taiwan’s LGBTQ community on display, opt for the weekend’s C.U.M. party, held on Saturday, Oct. 28 after the parade. The theme is “disco club kid,” and the party is planning to bring in DJs, drag queens, pole dancers, go-go boys and more. Those who make it to the party are encouraged to sport their best club kid outfits, with the best-dressed having the chance to win a fabulous prize.

To end the weekend’s wonderful celebration of love, diversity and equality, head over to the W Hotel on Sunday, Oct. 29. Twenty couples will be announcing their love to each other by exchanging wedding vows during a mass ceremony. In fact, if you want to exchange vows of your own with a loved one, you can reserve a spot now. But even if not you’re encouraged to check out one of Taipei’s newest wedding venues, which promises to open its doors to all, regardless of who they love.

So what are you waiting for? It’s time to hightail it to Taiwan and take part in Asia’s — and one of the world’s — biggest LGBTQ celebrations! 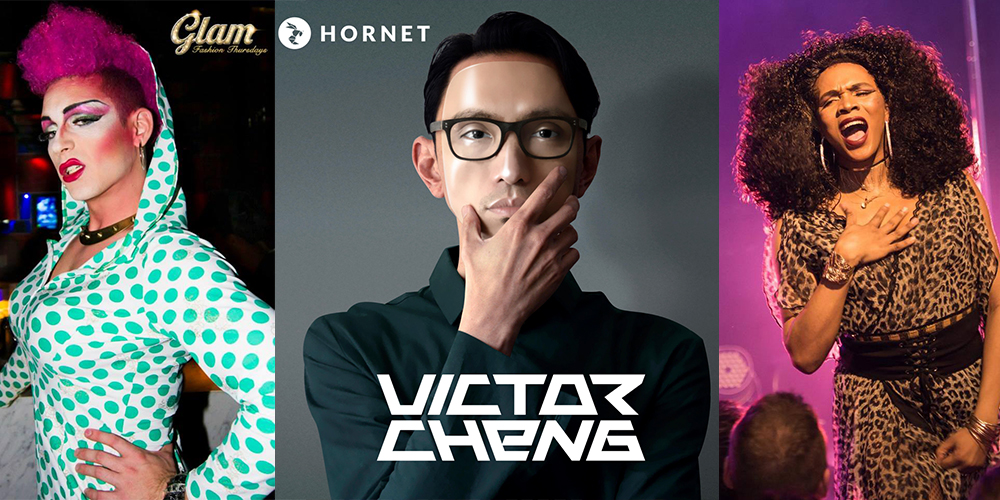 Come Out and Join Hornet for Taipei Pride 2017, Asia's Largest Pride Celebration Ever 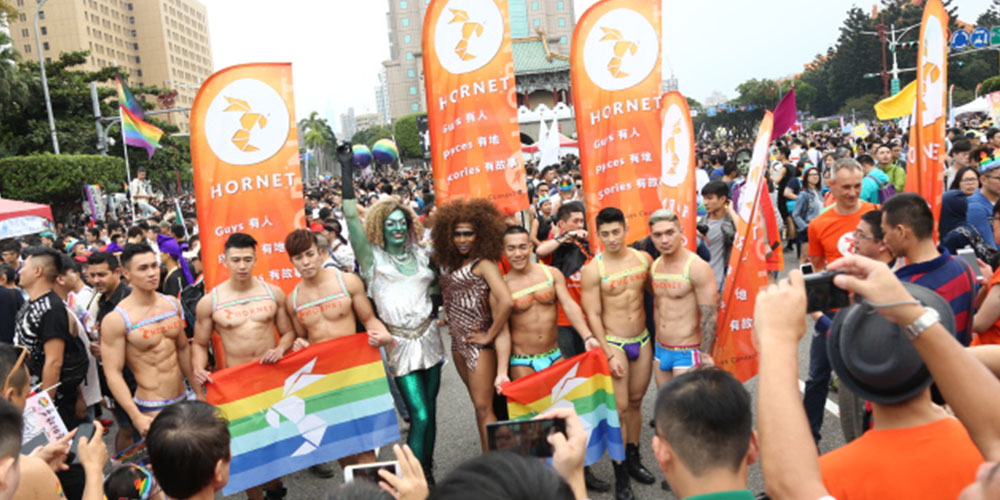