Target Is on the Warpath…Suing an LGBT Grassroots Organization!

We had to rub our eyes when we saw this come through the wire this morning: Target is suing an LGBT grassroots activist group in San Diego! Wha?!?

Apparently, Canvass for a Cause has been standing outside a Target store in sunny San Diego and asking patrons to sign petitions as they walk into the store. Target is not so happy about that, and has sued in Superior Court.

Judge Jeffrey Barton will hear arguments today from both sides, and it is sure to be juicy. Target has been in hot water for their political contributions to conservative groups, as well as an anti-gay candidate in the Minnesota governor’s race. And it looks like this water is boiling, as court documents filed in the case show that Target is not happy with equality-for-all groups standing in front of their stores.

Target, specifically one store in Poway, CA, says that CFAC is violating their stores’ No Solicitation policy, and that they have no legal right to be there. CFLAC counters, saying that these are effectively today’s “town squares,” and their right to be there is protected by the First Amendment’s right to free speech.

The argument, as laid out in the sworn testimony by Executive Team Lead for Assets Protection for Target Corporation (!) Daniel Brown, basically comes down to the face that Target does not want to be seen as condoning gay marriage – or any pro-gay issues whatsoever – by allowing these gay groups to canvass for signatures outside their stores. They also say that customers are complaining that “the Canvass for a Cause solicitors are aggressive, that the guests feel harassed, and that the guests don’t feel safe or comfortable coming  to our Target  store.” On several occasions, Mr. Brown has even called the police – only to have the law tell him that the canvassers have a right to assembly.

In a statement to the Associated Press, a Target representative said, “Our legal action was in no way related to the cause of the organization and was done so to be consistent with our long-standing policy of providing a distraction-free shopping experience by not permitting solicitors at our stores.”

And yet, Mr. Brown continues by saying:

Multiple guests have told us that they will not shop at Target as long as Canvass for a Cause is present. Some guests have told us that they are offended by the controversial pro-gay messaging of the solicitors, and that they assume Target promotes the same view. One solicitor said that he will do everything he can to ensure that his friends and family also do not shop at Target anymore. One guest informed us that they were going to return everything they have bought because they were offended by the group.

CFAC counters by saying that the their right to free speech has been upheld by San Diego’s courts before, when they decided that free speech activities were exempt from the no trespassing law. Basically, they are saying that Target has not proven that the area in front of their stores constitutes private property, and that they therefore have no right to remove them from the premises.

CFAC notes that Target has had no problem allowing the Girl Scouts and veteran groups to sell and canvass outside of the very same stores. Also, the store in question puts a giant sign next to the canvassers saying that Target does not condone this activity, making Target’s views clear to each customer. “It’s very David vs. Goliath,” CFAC executive director Tres Watson told NPR. “We understand they’re the Goliath in the room. They’ve got all money in world to get us to stop talking about gay marriage.” 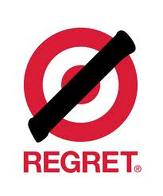 AHHHHH! We just cannot believe it. Target, what is wrong with you? Do you not realize that you already have a huge PR problem within the gay community? Do you not realize that you cannot deny rights to one group and then allow another to set up shop in front of your stores – even if they are cute little girls with cookies? Basically, Target, you are saying that you do not want your company to be affiliated with “pro-gay messaging” but you are cool being affiliated with the Girl Scouts and the veterans?

It’s understandable that the conversation makes some people “uncomfortable:” in California, LGBT people are denied some 1,500 rights that straight people enjoy! It’s more than uncomfortable for us – it’s painful.

These people – just like anyone else – have the right to express their opinions in a public place. Granted, if the courts determine it to be private property, then the company has the right to remove whomever they please from the premises. But if they allow some groups the right to be there and not others, that is called discrimination.

So tread carefully, Target, because while Mr. Brown may be lamenting the lost of business to that one Poway store, the rest of us are watching carefully. Your company continues to prove that you have no tact when it comes to our community. You come across as more and more anti-gay as time goes on.

Judge Barton has denied a preliminary injunction filed by Target to prevent the canvassers from returning to the store fronts, and the trial starts today.

Remember That Time Luigi Was Said to Be Promoting Lesbianism in a Video Game?
We're Celebrating Dolly Parton's Birthday With 5 of Her Most Brilliant Covers
A Swoon-Worthy Visual History of Male Celebrities Wearing Crop Tops, From 1982 to Today
Nearly 30 Years Ago, This ‘X-Men’ Comics Storyline Was a Powerful Allegory for HIV
English