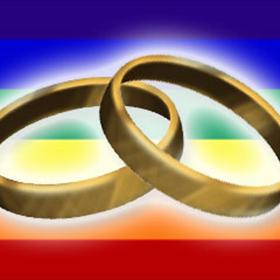 Only two years after Texas joined the majority of the nation in allowing transgender citizens who had undergone sexual reassignment surgery to legally wed a spouse of the opposite gender, the state is making efforts to take away those rights.

Sen. Tommy Williams and Rep. Lois Brenham have gone all “one man, one woman!” with their proposal to ban transgender Texans from marrying, which would potentially nullify marriages that have been already legally-granted.

The legislation by Williams, of Houston, and Rep. Lois Kolkhorst, of Brenham, would prohibit county and district clerks from using a court order recognizing a sex change as documentation to get married, effectively requiring the state to recognize a 1999 state appeals court decision that said in cases of marriage, gender is assigned at birth and sticks with a person throughout their life even if they have a sex change.

Most states allow transgendered people to get married using a court order that also allows them to change their driver’s license, experts said. Some advocates for the transgendered say the Texas proposal would not only prevent future transgendered marriages but also open up the possibility that any current marriage could be nullified.

“It appears the goal is to try to enshrine a really horrifying ruling and making it law in the state of Texas,” said John Nechman, a Houston attorney whose law firm does work for the gay, lesbian, bisexual and transgendered community.

In the wake of last week’s horrifying beating of a transgender woman at a Baltimore McDonald’s, it would seem obvious that stripping anyone of their rights is a poor avenue for lawmakers to go down. The Baltimore attack happened exactly one week after Maryland lawmakers killed a bill that would have provided transgender Marylanders with additional protections under the law in the workplace and in housing.

This proposed law in Texas creates the same climate of hostility and discrimination that cultivated the Baltimore attack. A study also released last week showed that liberal-voting areas of the country have far lower suicide rates and teen violence. To put it bluntly, transgender women are exponentially less likely to be beaten to death in states that don’t pass laws revoking the rights of transgender people.

The Texas lawmakers behind the bill are quit to defend their actions, claiming they are merely simplifying the state laws.

Williams said he understands that some people’s gender cannot easily be determined when they are born and they later have an operation that could change the originally assigned gender. “It is an emotional issue,” Williams said. “I can appreciate that.”

But when asked about claims of discrimination, Williams insisted his goal is to simplify marriage licensing for clerks who are trying to balance the 2009 law with the 1999 Texas appeals court ruling.

“They shouldn’t have to resolve these issues,” Williams said. “We have confused them.”

But there is nothing simplistic about this issue. The passage of this law will only lead to homophobia and discrimination in Texas and beyond. Elected officials have a responsibility to protect and serve all of their constituents. This law will do neither.

Next thing you know, they’ll be making it illegal to say “transgender”.

It's Been 243 Years Since the First Man Was Thrown Out of the Army for Being Gay
Was James Buchanan the First Gay U.S. President, and Have There Been More?
These 5 Video Game Characters Illustrate the Evolution of Trans Representation in Gaming
Fandom and the Internet Are Responsible for the Existence of Queer Anime and Manga
English