The 5 Coolest Black Queers You Should Be Following on Twitter

And that’s a good thing … except when it’s not. That onslaught of content means that sometimes, some voices can get downed out or overshadowed. On Twitter, as everywhere, White cis dudes can sometimes dominate the conversation. Not necessarily on purpose — it’s just that, like it or not, we live in a world built mostly for and by a certain type of person.

While straight White guys have lots of lovely things to contribute, Unicorn Booty figured that February might be a good month to check in on some queer Black tweeters who you should definitely be following. 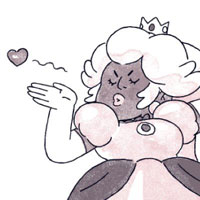 We’re suckers for a hot gay nerd, and DJ’s art is infused with awesome queer geekiness. You can often catch him livestreaming Super Smash Brothers on Twitch; or just hanging out and drawing. He’s a professional artist, with hot pink and neon blue his go-to colors. Oh, and did we mention he’s got a podcast? Please do not be the only one at the lunch table who has not listened to Joystick Jockeys. 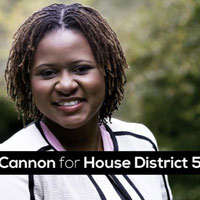 At 24, Park’s accomplished more than most of us can ever dream of: she’s just been elected to the Georgia House of Representatives. Prior to that, she was  coordinator with the Feminist Women’s Health Center. She’ll be filling the seat left by Simone Bell, who is departing to work at Lambda Legal. Bell was the first openly lesbian Black person in the country to serve in a state legislature. The timing is crucial as Georgia’s about to consider one of those loathsome discriminatory bills disguised as “religious freedom.” 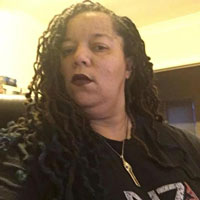 Tanya invented the #INeedDiverseGames hashtag, a rallying cry for gamers who want everyone to feel welcome in gaming. She manages communities; she serves as diversity liaison for queer gaming convention GX; she hosts podcasts like Fresh out of Tokens and Chromatic Life; and she generally keeps the internet on its toes on its best behavior. 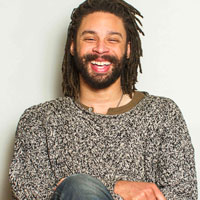 He describes himself as a singer, provocateur, and lover of pancakes. And don’t you need more of all three of those in your life? Xavier’s incredible voice is just one aspect of his appeal, winning praise from pros from Erykah Badu to Mary J. Blige to Lena Horne. But he’s also political, live-tweeting various presidential debates; and he’s a man-about-town, broadcasting snappy reports from New York to his followers. 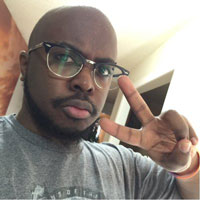 Is there anything this guy can’t do? He’s the creator of the game I’m Fine, which explores mental health and sexual identity; he’s working on a People of Color Game Jam; he’s written about inclusion in game spaces; and his twitter feed is nonstop entertaining, from tales of his dating life to snapshots from the streets of Toronto.

Well, We Found the Bizarre and Dangerous Intersection of White Supremacy and 'My Little Pony'
Is There Anything Funnier Than Straight Male Celebrities Discovering What ‘Bussy’ Means?
Provincetown, America's Favorite Queer Beachside Resort, Has a Full Calendar of 2022 Events
These Are the 3 Questions I'm Asked Most Often About My Long Distance Relationship
English