“You watch the crash because you want to see how it will end.”

It’s been a rough week for Mariah Carey. One day after opening her new mega-show this past Wednesday at the Colosseum at Caesars Palace in Las Vegas, The New York Times published a review, and let’s just say… it wasn’t pretty:

“Her once-transcendent voice is like decaying manufacturing machinery: It still churns, but the product might be polished or dinged.” 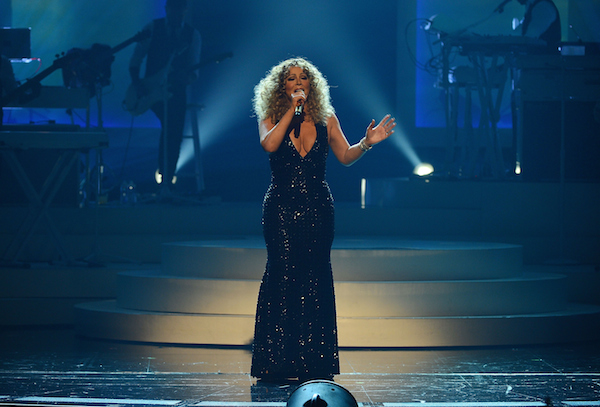 The production, “#1 to Infinity”, takes its name from the concert lineup, a collection of her staggering 18 #1 Billboard hits plus a new original number…

“Whether the decision to undertake this project was born of necessity, hubris or obliviousness, it has put Ms. Carey in a precarious position – she is in decline and trapped in a cage of her own making.”

Most painfully, much of the criticism of “Ms. Carey” focuses on the state of her famously huge vocal range, which most critics agree is the talent that originally set the performer apart from her peers:

“When it came to the notes, though, the struggle was real.“

Despite the sting she may feel after critiques like this, Mimi’s in it for the long haul. Wednesday’s concert marked the opening of a 50-show scheduled to run over a 2-year residency.

We hope, for the sake of concert-goers, that this will be the case.

The New York Public Library's Archives Are a Treasure Trove of Queer History
In Need of a Good Cry? Try One of These LGBTQ Films Beloved by Queer Movie Buffs
The Cockettes: Remembering a Legacy of Glitter Beards and Daring Drag
'Butt' Is Back, Baby
English