Written by Matthew Lawrence on August 20, 2015
Be first to like this.

This week we got to see the first trailer for Carol, the latest feature from queer maverick Todd Haynes. Based on Patricia Highsmith’s 1952 novel The Price of Salt, the film stars Cate Blanchett as a wealthy married lesbian and Rooney Mara as the store clerk that she becomes enamored with while Christmas shopping. The film premiered at Cannes earlier this year to rave reviews, and will be released in the US on November 20, just in time for the holidays… and Oscar season!

If you’ve never seen any of Haynes’s films before, you’re missing out, especially if you like twentieth century American history and Critically Acclaimed Dramas With Strong Female Leads, as Netflix might phrase it. If you’re wondering where to start, here’s a handy countdown of all the director’s previous work. We didn’t include the his one Heineken ad, his five-hour HBO mini-series Mildred Pierce, or his video for Sonic Youth’s song “Disappearer.” (Fun piece of trivia that doesn’t actually mean anything: there’s also a song called “Mildred Pierce” on Goo, the same 1991 Sonic Youth album as “Disappearer.”)

Starting at the bottom:

Haynes’ first feature is a decade-spanning, genre-hopping black-and-white trilogy about a boy who shoots his father and flies into the clouds, a scientist who turns into a monster after isolating and then consuming the human sex drive, and two gay lovers in a French prison. Poison won an award at Sundance but the pacing is clunky, the jumps are disorienting, and it all comes off as rather pretentious. Recommended for die-hard fans only.

Julianne Moore received her third Oscar nomination for playing Carol, a bored housewife who having an affair with a black man in 1950’s Connecticut. That part’s great, but the film loses serious points for a silly parallel plot in which her gay husband (Randy Quaid) shacks up with a twink after roughly five seconds of them knowing each other.

Haynes’ epic biography of Bob Dylan cast six different actors in the role, including Richard Gere, Cate Blanchett, a child, and the late Heath Ledger. The structure was maybe a little complicated for mainstream audiences, but the film received positive reviews and Blanchett took home a number of awards for her role as Jude, the mid-sixties Dylan who betrayed his folk roots (and fans) by going electric. 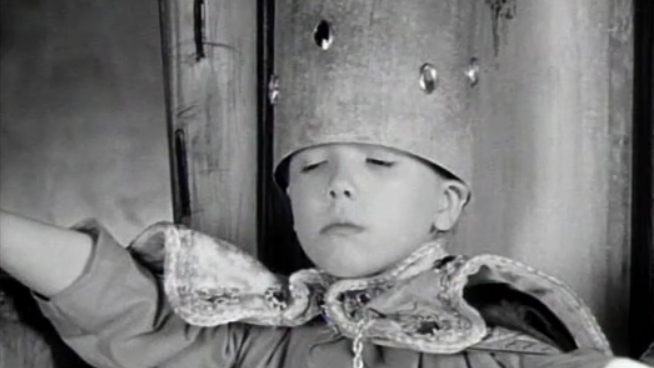 Originally screened on PBS, Dottie Gets Spanked is a half-hour short about a little boy in the sixties who idolizes a Carol Burnett-like TV star. Unlike the kitschy films of someone like John Waters (whose Hairspray came out only a few years prior to this), Dottie Gets Spanked skips obvious laughs in favor of tighter storytelling. It’s also very well acted, which is rare in movies with child leads. You can see the whole thing for free here.

I saw Velvet Goldmine on my first ever date, and in it you get to see Ewan McGregor jumping around with his dick out, so I may be prejudiced about this one. Haynes’s epic history of glam rock is really visually stunning, though, as reporter Christian Bale attempts to track down a fictionalized David Bowie-esque rock star who disappeared from the spotlight after faking his own death.

Haynes’ first film after college, Superstar quickly became a cult classic. Superstar uses Barbie dolls to tell the story of singer/drummer Karen Carpenter, who died at the age of 32 from problems associated with anorexia. Released just four years after Carpenter’s death, the film was swiftly pulled from release when Karen’s brother Richard sued over unauthorized use of the duo’s recordings. The movie has never been officially released, though die-hard fans (and then YouTube) assured it was never forgotten.

Haynes’ best film is his least typical. The only one of his films set in the present day, Safe stars Julianne Moore in one of her earliest upper-class California housewife roles. (See also: Short Cuts, Magnolia, A Single Man, The Kids Are All Right…) With sci-fi undertones and creeeping New Age elements, the film gradually reveals that Moore’s ailing character is allergic to modern life itself, a dilemma for which there is really no solution.

This Week We Can't Help But Swoon Over 'Scream' and 'Yellowjackets' Star Jasmin Savoy Brown
Looking for Digital Queer Erotica? Here's Where You'll Find Some of the Best
'Butt' Is Back, Baby
'To Be Queer Is a Gift': 'Pose' Creator Steven Canals Shares the Emmys Speech He'd Prepared
English