The Ongoing Battle To Get Rid Of Abusive Youth Camps In The U.S.

Written by Daniel Villarreal on April 21, 2015
Be first to like this. 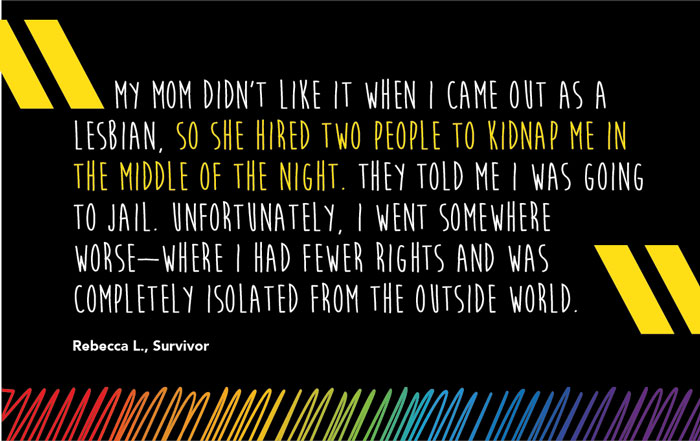 These “residential boarding schools” are basically unregulated, for-profit imprisonment facilities where parents send their “uncontrollable” children. For some parents, it’s about instilling discipline so their kids avoid a life of joblessness and legal trouble; other parents just send their LGBT kids there to force them to be “normal.”

Currently, the camps have almost no governmental oversight. They only have to submit a one-page affidavit about their purpose to the Department of Education and that’s it. And while their brochures make them seem like a cross between summer camp and boot camp, a 2007 report by the Government Accountability Office found “thousands of allegations of abuse,” at the camps — some even involving death — between 1990 and 2007. A similar 2008 federal government review “uncovered 28 deaths and more than 1,500 reported incidents of abuse.” 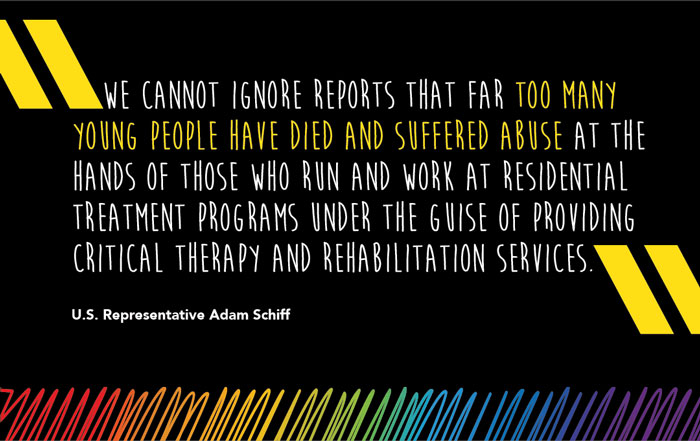 One camp confined kids in solitary standing-room-only cells, making inmates shit and piss inside of a bucket and then go outside to pointlessly dig hole in the hot sun before returning to their cells for dinner, which was passed through a slot for them to eat alone. Other camps expose kids to electroshock therapy and other abusive “reparative therapies” that have been disproven and disavowed by American psychological associations.

In addition to Senator Lara’s bill, U.S. Representative Adam Schiff is working on his own federal version which would call for “more stringent licensing standards” for such camps. Simultaneously, the Los Angeles LGBT Center has also spearheaded a campaign called Protect Youth from Institutional Abuse campaign to help educate folks about these camps and help prevent future kids from their unregulated abuses.

We Love These Disney Princes Reimagined as Adorable Queer Couples
The Year's Best LGBTQ Albums: 31 Releases That Kept 2021 From Being a Total Downer
Remembering Rock Hudson, Who Passed Away 36 Years Ago Today
20 Vintage Pics Snapped Before Men Were Conditioned to Not Show Physical Affection
English