There’s An Actual Engine That Runs On Water, But…

It’s a common strain in certain types of conspiracy nut literature — the scientist who’s made an engine that runs on water instead of gas who gets paid-off, killed, or paid-off and then killed by General Motors, OPEC, The Illuminati, The Bilderberg Group, J.R. “Bob” Dobbs, Santa Claus, The Frozen Disembodied Head of Walt Disney, and/or a shadowy group not listed here because they’re SO shadowy we don’t even know of them yet.

As it turns out, though, there might actually be an engine that runs off water… kinda.

It’s not a combustion engine like the myths all say. Instead, it uses bacteria spores to absorb evaporating water; but unlike those made-up engines, this one actually made a car move… I mean, a toy car, not a real car, but still, that’s pretty impressive, right?

The cool thing about this engine is how it works; it’s weirdly simple! The material inside the engine is made of a new material called “HYDRAs” (which stands for hygroscopy-driven artificial muscles). HYDRAs, invented by Ozgur Sahin at Columbia University, look kind of like lasagna noodles on strings — and like noodles, when they’re dry, they’re shrunken, but when they’re wet, they grow. 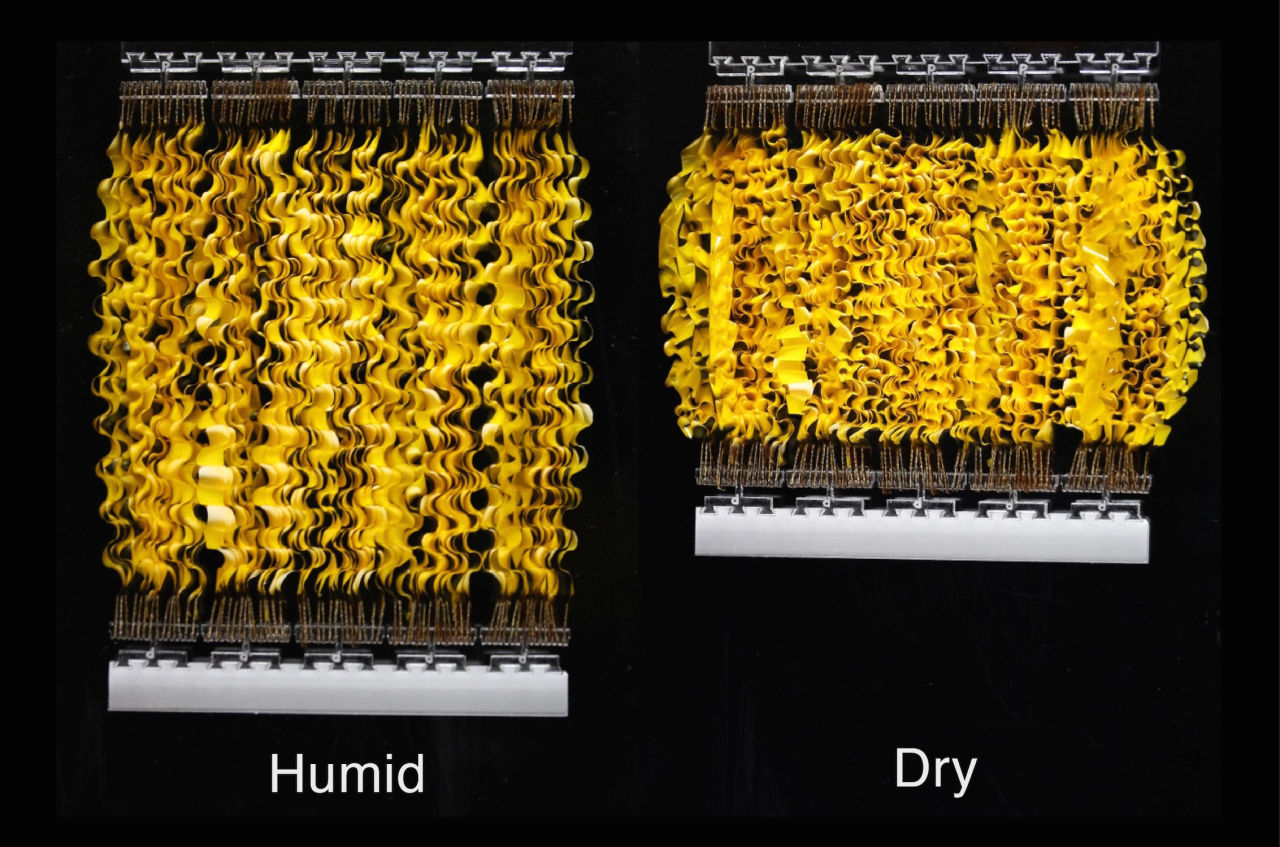 The HYDRAs are made from the spore of a bacteria known as grass bacillus. The bacteria doesn’t do anything itself, but its outer shell absorbs and releases small amounts of evaporated water. This causes the bacteria to expand and contract throughout the day. (I think you see where I’m going with this.)

To make the HYDRAs, Sahin uses a glue to paint the bacteria spores on both sides of strips of plastic in an alternating pattern. The strips are then put onto a rotating wheel. The alternating pattern causes the strip to bend as one side expands or contracts. In the engine, the HYDRAs pull on a cord attached to a generator to create energy. 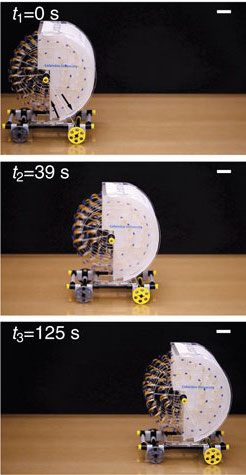 To start the engine, you just place it over a shallow puddle of water, and as the water evaporates, the HYDRAs inside the covered half get more humid. As they swell, the humid HYDRAs get heavier, causing the wheel to spin them out from the cover. Uncovered, they evaporate the water, which makes them lighter, and they spin back under for another go around.

There are other forms the evaporation engine can take. After all, it operates in a similar manner to a windmill, converting movement into power. The important thing is making it so the evaporation can make the HYDRAs move.

While the evaporation engine typically only puts out about 50 microwatts, the fact that it requires nothing to run but water means it’s perfect for things that don’t require much power, like LEDs.

Amazingly, the engine only costs about $5 to make, and it can be expected to last a long time, as the bacteria spores can survive for potentially hundreds of years. And since this is just the beginning of work with HYDRAs, who knows how much power could be generated in the future. Maybe they could even be used to supplement energy from water turbines. Or maybe even really awesome motorboats!