Written by Hornet Staff on November 18, 2017
Be first to like this.

1. This Dutch TV show is packed with naked people.

The new Dutch reality show Adam Zkt. Eva (which we’re making a huge leap to presume means “Adam and Eve”) isn’t much different from The Bachelor, the big difference being that on this show everyone’s butt-naked.

We’re admittedly a little late to the game, as the Dutch version of the show has aired since 2014, and it’s even been exported to Spain, Germany, France, Denmark, Finland, Italy and Hungary.

We’re particularly smitten with a German contestant named Bastian Yotta, who you can see in all his strutting-through-the-waves-nude glory below.

(Click the image to see the NSFW uncensored version.) 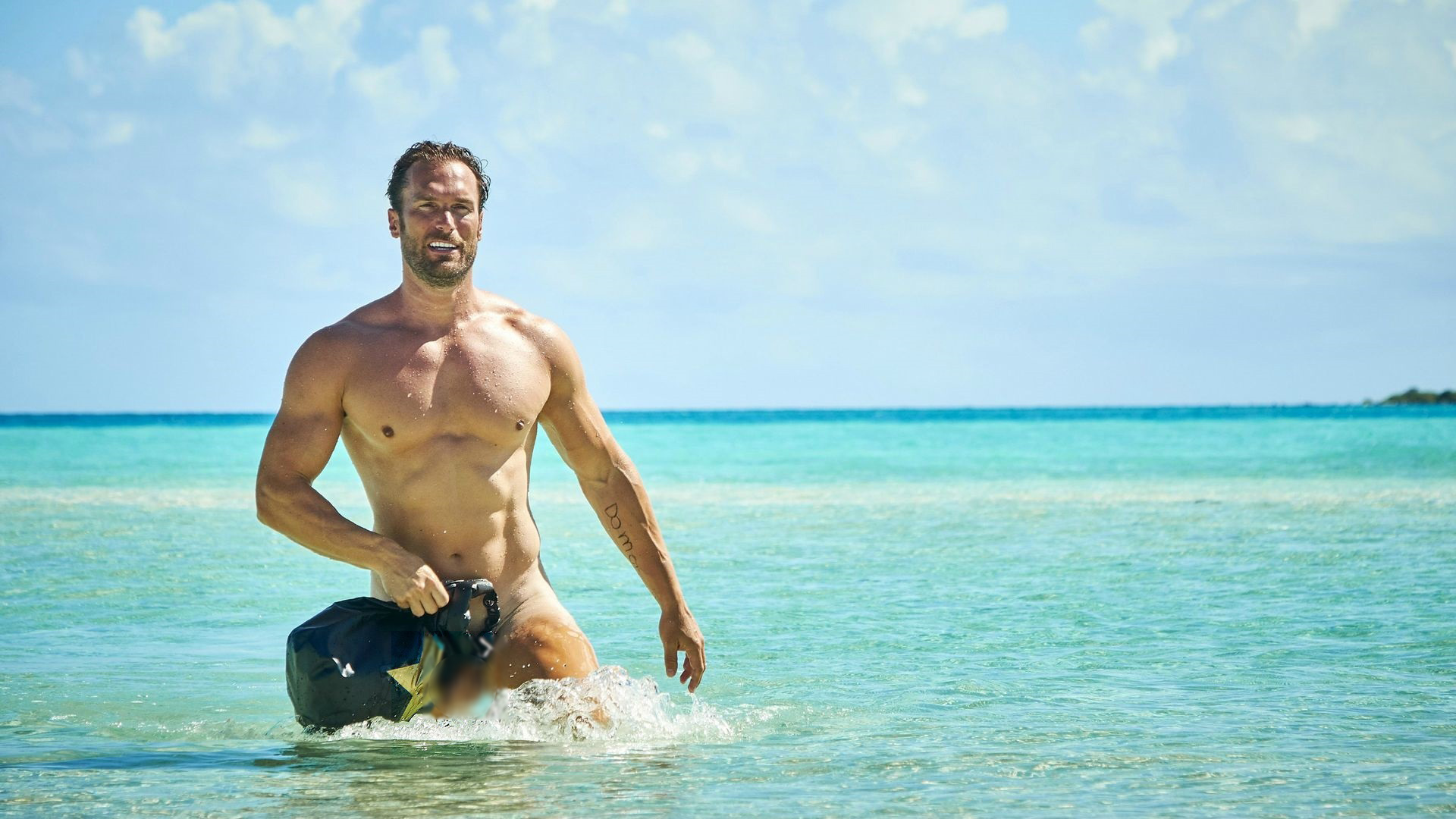 (Click the below teaser shot for the very NSFW uncensored version.) 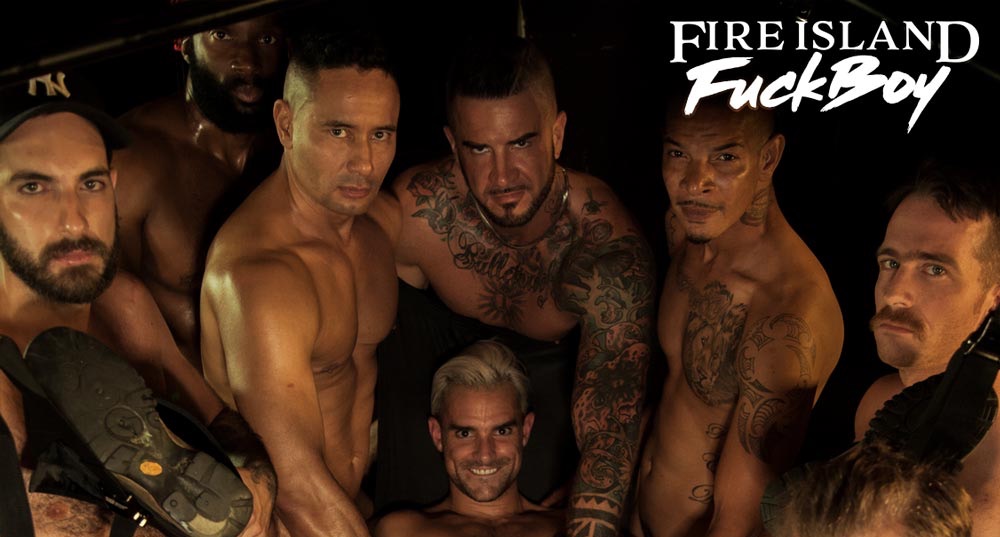 The Hunger Games actor has come a long way from pining after Jennifer Lawrence, playing a time-traveling janitor tasked with saving the world in the new Hulu series Future Man. In one scene, Hutcherson’s character comes face-to-face with a copy of himself … with one rather noticeable difference.

Some are claiming that both nude Hutchersons are sporting a penis prosthetic, but the smaller of the two, barring that god-awful pubes situation, looks rather real to us.

(Click the below screenshot for the NSFW uncensored version.) 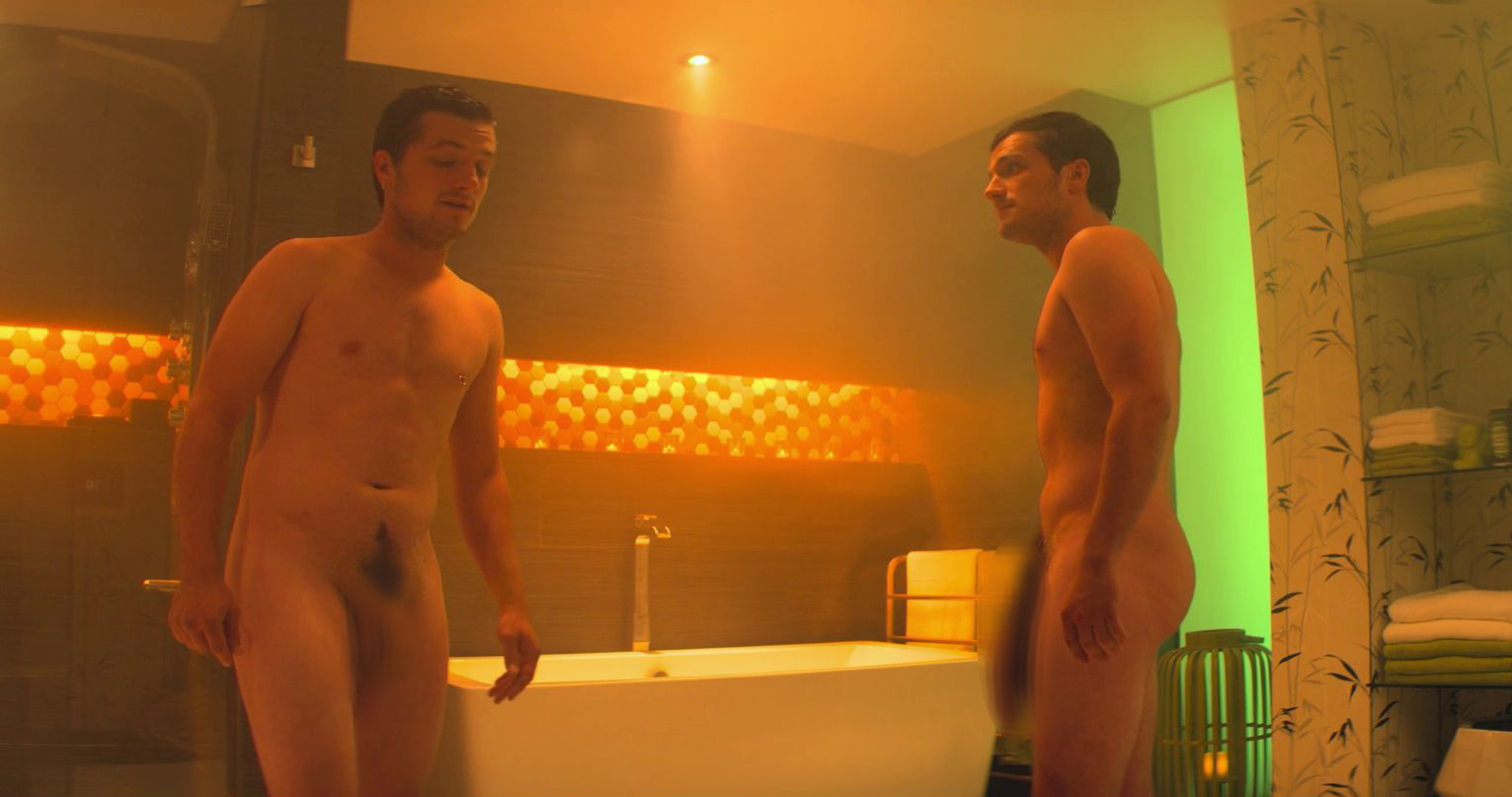 4. Dacre Montgomery shows off his pits in this BTS video.

We loved the second season of Stranger Things, and one of the many reasons why was newcomer Dacre Montgomery, who’s like a younger, even prettier version of Rob Lowe (something we didn’t even think was possible).

Now a makeup artist has released a video in which the actor flashes his armpits, reveals the undies just below his unbuttoned jeans and bares his torso. It’s the little things in life, ya know?

5. A Disney star nude: Kenton Duty loves to get naked and jerkoff on camera.

We were a bit too old to be familiar with Kenton Duty, who apparently at one time starred on the Disney show Shake It Up! alongside Bella Thorne and Zendaya. You’d think now, though, he’s spending all his time whipping out his cock and turning on the camera.

Several video clips of Duty have made it onto Tumblr, to the enjoyment of gay men everywhere.

The gif below is pretty much the only one we can show. For the NSFW gifs, head here.

Our friends over at OMG Blog are always on top of the latest reality TV stars with leaked nude pics, and this past week was no exception. Among this week’s crop are Umit Obeyd, a model who previously appeared on Ex on the Beach in Sweden, and Jake Quickenden, formerly of X Factor, I’m a Celebrity…Get Me Out of Here! and (soon) Dancing on Ice 2018.

(Click the below images of Obeyd and Quickenden for the NSFW uncensored versions.) 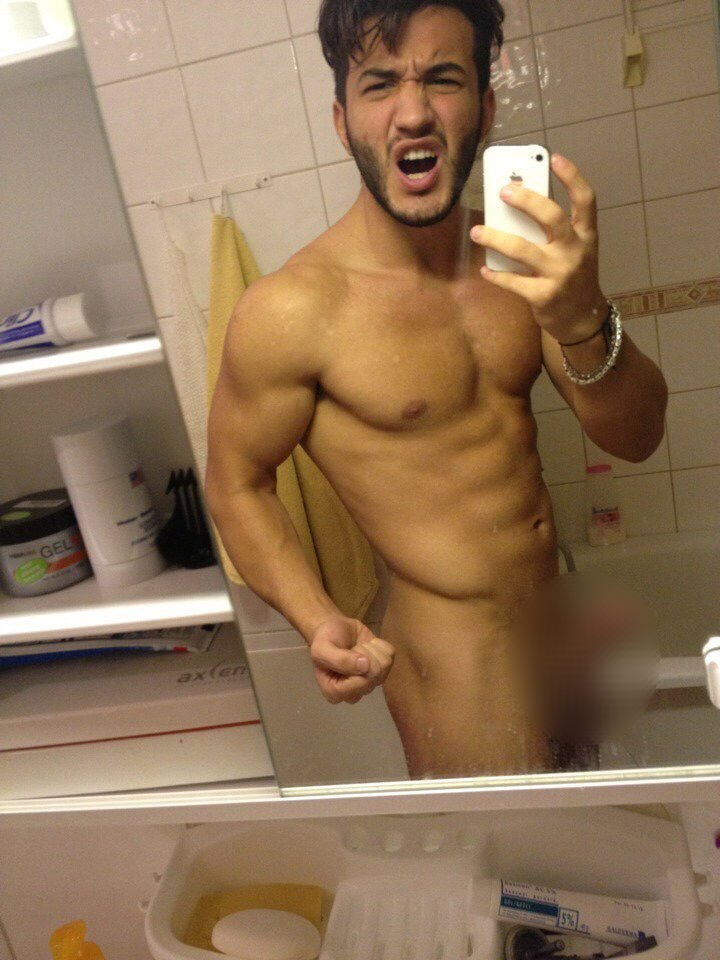 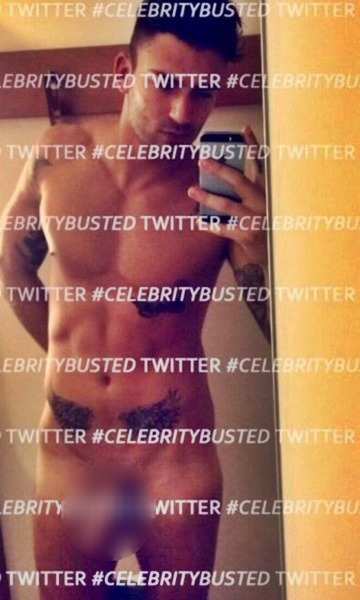 We Asked a Gay Ethics Professor About Posting Pics of Hot Guys Online Without Their Consent
Before 'Black Panther': 7 Mainstream Movies Starring Black Superheroes
Here Are 5 Films Dealing With HIV That Aren't Depressing AF
Laugh Your Fears Away with 7 of the Funniest Gay Comedians Ever
English