This Man’s 19-Inch Penis Is Destroying His Life

Written by Terri Washington on September 1, 2015
Be first to like this.

UPDATE: Is Cabrera lying? We take a look.

Roberto Esquivel Cabrera has what is perhaps the world’s largest penis at a whopping 19 inches but, unfortunately, his blessing is a curse that’s destroying his life. Cabrera, a 52-year-old man from Mexico, told Mexican newspaper Vanguardia that he wants to be considered disabled because of his third leg, err, large penis. 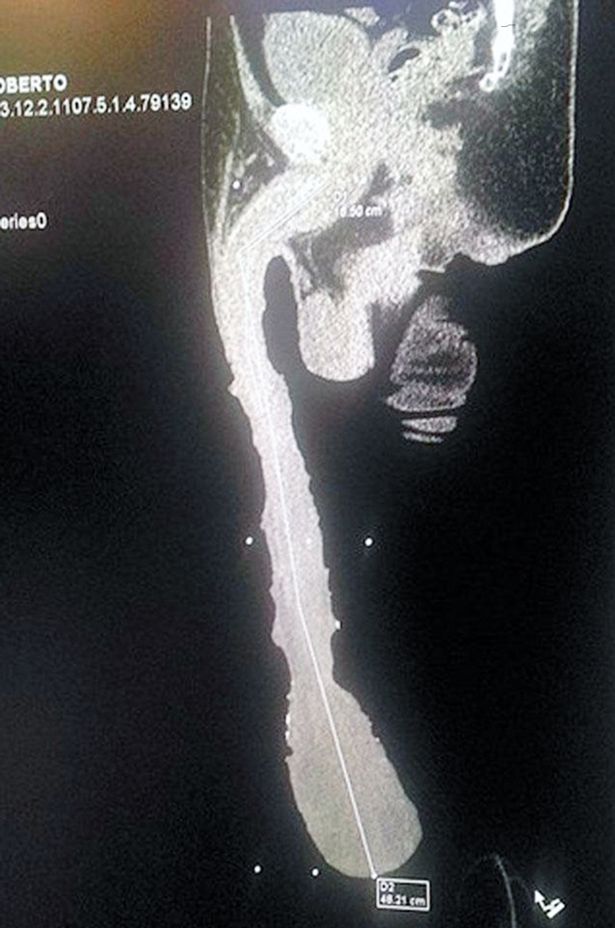 Cabrera says his penis keeps him from working and he is forced to have assisted living and scavenge for food. Cabrera also says his one eyed monster, which has a circumference of 10 inches, is also scaring away the ladies (it couldn’t be his Einstein-esque hairdo, right?). Cabrera can’t even cash in on any fame because the Guinness World Records Book doesn’t have a longest penis category.

Watch this video about Cabrera’s plight:

These Hornet Users Had Our Favorite Posts of the Past Week
The Sad But True Story of San Domino, Fascist Italy's Island for 'Immoral' Gay Men
7 YouTube Gaymers Definitely Worth Checking Out
We're Loving the Work of These Gay Embroidery Artists
English