INTERVIEW: I Posed as Gay for a Year, Then Wrote A Book About It

A few years ago, Timothy Kurek did something very unusual. He came out as gay, surprising all of his friends and family. The strange part is that he was, and still is, heterosexual. And a Christian.

For one year, he lived as a gay man, a project that would put all of his relationships to the test in a highly unorthodox blind study. Then he wrote a book about the experience, The Cross in the Closet. Recently, Kurek gave a TED talk on the subject of empathy, referencing his experiment in the process. We decided to check in with him and see how the experience keeps on changing him and the people around him.

Unicorn Booty: Your TED Talk has you back in the news. Your book’s been out for a while now, so there’s been some time pass since the project ended.  I know that a lot of what you did reverberates in ways you may never know about, the ripples of change you may have created for people in the world of conservative Evangelicals, and more importantly, for LGBT people connected to that world. But for you, personally, what has been the most significant outcome?

Timothy Kurek: It has been over two years since the book came out, but the oddest thing is that I’m still hearing from new readers of the book almost daily. After the Hungarian and Chinese translations came out, I experienced the book release sensation all over again: new interviews, new articles, and new people reaching out. It’s the greatest blessing about being a writer, connecting with the readers.

For me the most significant outcome has been the heartfelt relationships that have resulted from the book. “Fans” that have become dear friends. I answer every message I receive personally, and I’m not inaccessible at all, so when people reach out, I’m there to talk.

When the project was over and you had to come out again to everyone, both LGBT and heterosexual, did any of the queer people you had befriended react negatively? And if so, were you able to reconcile that with them? 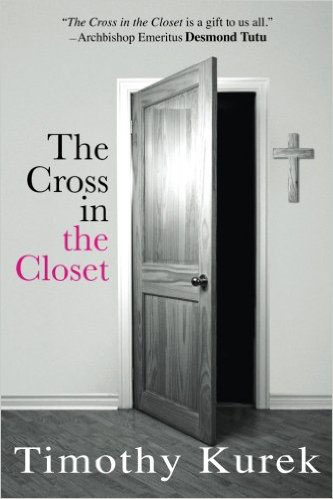 Everyone in my community that I talk about in the book accepted me with open arms and understanding. They approved all the stories I included in the book, and most of the names are their real names. It’s the people who don’t know me that have a hard time understanding. On paper I remind a lot of LGBT folks of the oppressors in their lives because I’m a straight, white, Christian.

Once people read the book, they end up seeing who I am. I’ve gotten thousands of messages saying, “I hated you until I read your book and now I just want to hug you”. Either way I’m dealing with a topic and people that have been very hurt, so I understand if they don’t warm up to the idea of the book.

Similarly, were there people from your Christian community who were unhappy with what you decided to do after realizing that it had all been an experiment, something undergone in order to “test” them, as it were? You mention in the talk that your family was extremely conservative, and you mention the dinner with your mother at the end of it. How did your relationship to them change?

I haven’t talked to anyone in the “Christian” community that rejected me. As Christ instructed, I kicked the dust from my heels and moved along with my life. Best decision I’ve made, I think, other than getting married. The evolution of my family has come more in the years following the year than in the year itself. My mom is an ally of the LGBT community and has become one of the most gracious people I’ve ever known. My dad and brother remain conservative though they have very healthy relationships with many gay colleagues, co-workers and friends.

I’ve read a lot on the internet from LGBT people condemning not only your methodology, but the “undercover” nature of the project entirely, people referring to it as a hurtful stunt, that you “used” queer people for a project aimed at helping conservative Christians become more empathetic. Personally, I feel that a by-any-means-necessary approach to progress can encompass what you did, exactly the way you did it, as long as no one was harmed in the process. How would you respond to the people in the queer community who still strongly disapprove of your project?

Everyone is entitled to their opinion. That being said most of them object because they feel I was trying to profit off the backs of LGBT folks and get a book deal. There is a huge misconception in culture, and that is that if you write a book, you make a bunch of money and get a bunch of fame. I’ve gotten more press than a lot of writers, but I’ve barely made any money off the book. Right now I’m working nights at a gas station while things are slow.

The other thing I have to clear up all the time is that I did not write a book about “being gay.” I wrote a book about how the label of gay changed my social life and challenged my beliefs. I’m not qualified to write about being gay and never will be, and in the Author’s Note of my book, I not only make this clear but I encourage people searching for answers to talk to LGBT people instead of me.

I admit I’m not an expert in LGBT issues, and state that my experiment is about me and the label. Nothing more. If people would only click over to Amazon.com and read the Authors Note, I feel they would understand a lot more clearly what I did. 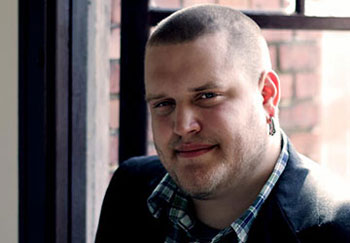 Did you have anyone to confide in during this time? To share what you felt was the progress or the setbacks of the decision? Was there anyone else in the world who knew what you were doing and why?

I’ve always had my best friend, Josh. He’s been through it all with me since I made the decision to do the year.

What did you do when men asked you out on dates? You are aware, I’m sure, by now, that you are a “bear,” so I assume somebody wanted to date you during that year.

I had a pretend boyfriend during my year that acted not only as my teacher, but also as my beard. When men asked me out, this bear cub would thank them politely and mention I had a boyfriend.

Did you return to your original church after it was over? Did you have to find a new one? And what is your relationship like now to the Christians who turned their backs on you?

I haven’t spoken with any of them. I moved from Nashville to Portland, Oregon and found a place I’ll call home for the rest of my life, no matter where I am living. I don’t currently go to church, but have plans to spend some time at Gracepoint in Franklin, Tennessee, soon. It’s an evangelical church that recently came out as gay affirming and inclusive. I want be an encourager there because they’ve lost half the congregation.

In the TED talk you mention a weird experience in a Starbucks with a pastor. I assume it’s in the book, too, but can you briefly explain what happened?

This is in the book, yes. My former pastor and his wife came in. I was sitting with a friend that was also friends with them, and they completely ignored me and only spoke to him, even though I was at the very same table as him. It was shocking.

Where do you see the conservative Evangelical world headed on this issue? Do you have cause to hope that people will change their hearts and minds?

Times are changing and I cannot wait for the time when my book and my story are completely irrelevant. I understand why people get ticked off that my story has been in the news so much, but for those conservatives out there, like I used to be, sadly they won’t yet listen to the LGBT community. I have an in with those people and I have to try to help change things from the inside. But as things change, and they are daily, I don’t think the church will be able to claim relevance and still be anti-gay for very much longer. The gospel is for everyone, period and gay and Christian are not mutually exclusive terms.

On a related note, do you think the rise of the mega-church has helped or hindered the Evangelical world in terms of how they interact with non-Christians and even Christians who disagree with them?

The Christian bubble provided by mega-churches is so enormous now, people very rarely, if ever, have to be around people that believe anything different than they do. It’s truly sad.

To me Kim Davis represents the attitude of those still holding on to an irrational fear of those that are different. Logic, reason, experience… nothing trumps tradition in this country, even if that tradition is bad. Take the Confederate flag; it is an obviously offensive relic, yet so many hold onto it instead of showing any concern for those that flag represents. We boil people down into issues because when someone is an issue, instead of a beautiful and unique creation, with intrinsic value and worth, we can turn those people into the fuel that runs the engine of our irrational and unrighteous prejudice.

Only when those like Kim Davis are confronted by flesh and blood people, beautiful and wonderful people, will the concept of inclusiveness have a shot at taking root. She is proof that the body of Christ has cancer in it, and that we need to treat that cancer so that the gospel still has a chance for relevance and meaning in our communities.

The Incredible Career of Alexis Nicole Whitney, Drag Performer and Blind Trans Woman
5 Questions I'm Often Asked About My Age Gap Relationship
Austin Crute, a Quadruple Threat, Is Our Swoon-Worthy Guy of the Week
5 Things That Happen to Your Body After a Breakup
English