Many performers say they caught the bug young. But two-year-old Giovanni — and, yes, he’s just got one name, like Cher — decided he’d do something about it.

At London’s yearly drag event, The Glory: Apocalipstick, Giovanni climbed up on stage. He promptly upstaged the host, Jonny Woo.

Woo started interviewing the young star, though the child’s voice was a bit difficult to understand. Knowing his limitations, however, Giovanni pivoted to play to his strengths: singing.

Giovanni starts singing a tuneless song, and after a verse, Woo joins in. Pretty soon, the onstage keyboardist joins and it turns into a regular jam session.

It might seem strange for a child to wander on stage at a drag show — even though it’s happened before! But in this case, this particular show is designed to be family-friendly. In fact, children are often invited up on stage.

However Giovanni, like any true star, didn’t wait to be asked. After a while onstange, his mother came to collect him. But Giovanni wasn’t done and kept singing until his song was finished.

He seemed to have a good time — as she picked up her son, Giovanni jumped and skipped along.

Though Giovanni’s stage time only amounted to about three-and-a-half minutes, he was a hit. The crowd cheered and applauded as Woo thanked him by joking Giovanni was actually 26.

“This was a real impromptu moment and the boy was literally following his instinct as to what he wanted to do, or where he felt attracted to.

“It’s like a gut instinct to join in, without prejudice, just a desire to be part of it. I felt a responsibility to encourage and not dissuade but also have fun and make the audience feel at ease.

“It was a really joyous precious moment which I felt privileged to be part of and was all about performance and play. It was a fun moment and brings tears to my eye when I watch it back.

“The National River stage gives us an opportunity to share what we do without censure or apology and with the joy in which it is created and it’s truly life affirming when the youngest enter into the spirit.”

14-Year-Old Killed By His Dad: 'He Would Rather Have a Dead Son Than a Gay Son' 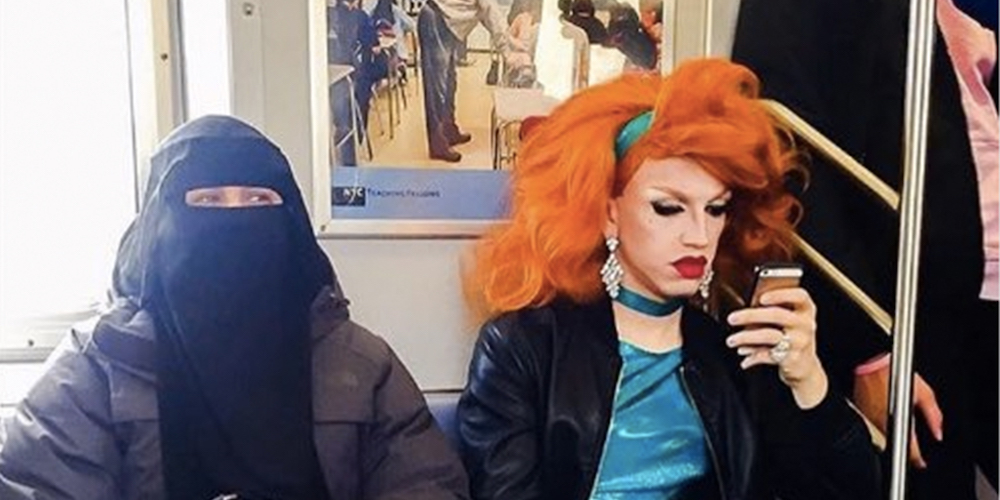 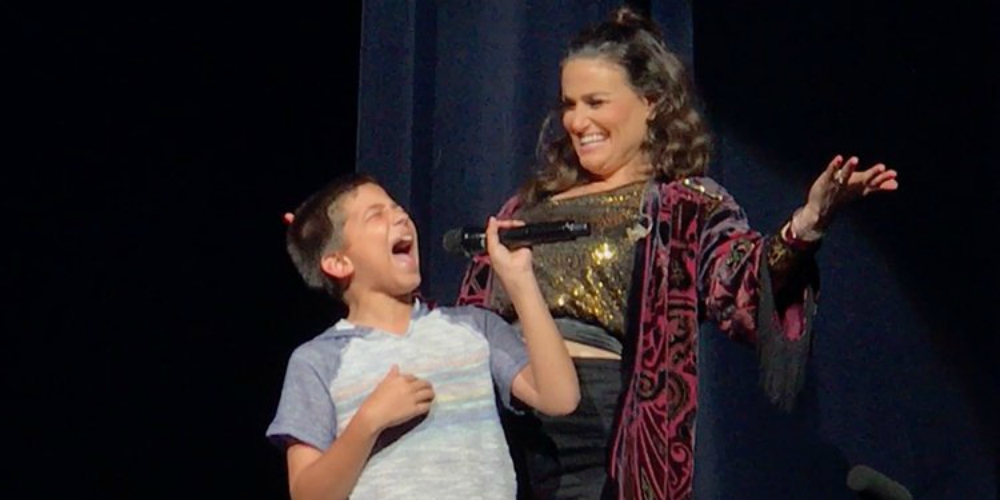 It's Never Too Late: 90-Year-Old WWII Vet Comes Out as Trans
English