Top Marine Changes Tune: No Anti-Gay Mass Exodus After All 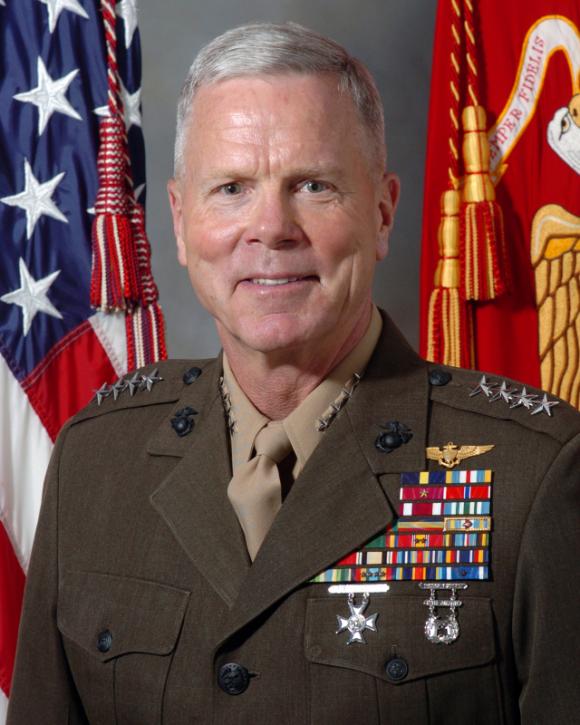 In news that is sure to shock absolutely nobody with half of a brain, General Amos has revealed that he’s heard of exactly zero soldiers resigning from the military since the repeal of Don’t Ask Don’t Tell. About-Face, indeed!

“I haven’t had any indication yet at all, not at all,” Gen. James Amos told reporters when asked if he expected the mass exodus of troops that Sen. John McCain and other critics predicted if the ban was lifted.

“It would be naive to think that somewhere down the road there’s not going to be issues,” Amos told reporters. “I think there probably will be in probably all the services, but I don’t think it’s going to be of any magnitude that’s going to cause much more than a blip. So I’m very optimistic.”

Ah. So somewhere someday there might maybe be a problem sort of potentially kinda? I see. Ladies and gentleman, let’s please cite this example the next time some politician or military officer or religious zealot tries to feed us more of that same old “The world will end if gays are permitted to…” nonsense. I mean, just how many times is this same excuse going to be taken seriously?

Big ups to the brave American soldiers that aren’t scared of the gays. Thank you for proving your superior wrong.

Are you surprised to hear that there have been absolutely zero resignations due to DADT repeal?

Here’s What QPOCs Hear When You Say ‘We Can't Redesign the Pride Flag’
Elska's New Issue Shares the Bodies and Voice of Queer São Paulo, Brazil
Here Are the 15 Pokémon That Totally Turned Me Gay
The 1987 Movie ‘Masters of the Universe’ Was Apparently as Painful to Star In as It Was to Watch
English