Transgender Women Are Being Turned Away From Donating Blood

Written by Terri Washington on August 5, 2015
Be first to like this.

Jasmine Kaiser went to go donate plasma last summer at the CSL Plasma Center in Washington and everything was going routinely. She underwent the screening, watched the informational video and was on her way to give a pint of plasma; that is until an employee at the CSL Plasma center told her she would not be permitted to donate because she is a transgender person.

The blood bank told Kaiser she was being given a “lifetime deferment” essentially banning her from donating blood forever. According to Kaiser, the employee also told her that she would inform other donation centers about her lifetime deferment status, putting her on a blacklist for donating plasma anywhere. 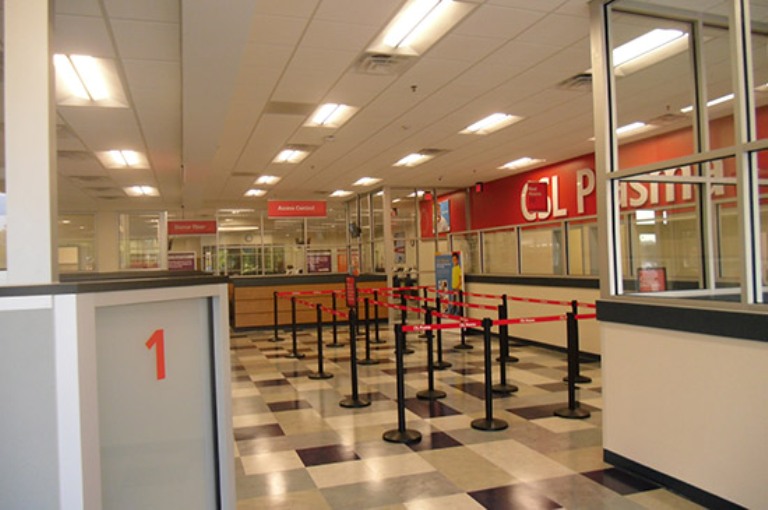 Kaiser filed a lawsuit against the center in April accusing them of discrimination. According to the Florida CSL Plasma center, they are one of the largest collectors of human plasma in the world and they operate more than 85 donation centers in the U.S.. According to Kaiser’s lawyers, the refusal is a violation of Washington state law that bans discrimination on the basis of gender identity in places of public accommodation. Kaiser wants compensation for the money she was owed ($30 for a pint of plasma), along with financial damages for “embarrassment, humiliation, emotional pain and anguish,” according to the lawsuit.

According to attorneys and LGBT advocates who spoke to BuzzFeed News, it is “commonplace around the country that blood banks turn away transgender people.” Kaiser told her lawyers that she hopes her lawsuit will change this standard.

Although this plasma center fiasco screams discrimination, most people in the United States cannot donate blood. According to the Red Cross, 38 percent of the U.S. population is eligible to donate and only 10 percent actually do. There are a number of disqualifications for donating blood including being too young, too old, having a disease, engaging in sex work, or having a history of intravenous drug use.

The most controversial ban thus far has been the ban on men who have engaged in sex with other men. The FDA guidelines, which were approved during the AIDS outbreak and updated most recently in 1992, said that among the people who “should not donate blood or blood components” are “men who have had sex with another man  even one time since 1977.” The rule’s original purpose was to stop HIV from spreading through the country’s blood supply, but an increasing number of activists are trying to get the ban repealed.

Transgender women are also apart of that ban because the FDA considers a person’s birth sex to be their sex for their entire life for the purposes of donor eligibility, according to agency spokeswoman Tara Goodin: “Our policy is to designate sex at birth. That is all there is to it.” That effectively bans a trans woman banned donating blood if she ever had sex with a man, either before, during or after her transition.

The strange part about that ban is that if a transgender man wants to give blood, he can because he was born a female at birth and is, thus, considered female by the FDA. And to make things more confusing, a trans woman who has never had sex with a man, like Kaiser, still is not able to give blood. There is no official rule on why but the FDA spokeswoman said “the FDA cannot generally respond to hypothetical situations.”

Kaiser’s lawsuit is not the first against CSL Plasma centers. Lisa Scott (also a trans woman) filed a similar case against the Minneapolis, Minnesota CSL Plasma center after she attempted to donate blood in November 2008. Scott says the nurse told her “you people can’t give plasma,” and “we can’t take plasma from your type.” Scott, like Kaiser, had never had any sexual contact with a man before or after her transition. Minnesota law, like Washington, bans discrimination based on sexual orientation and gender identity.

Although there is no official rule or guideline from the FDA in handling transgender women who are attempting to give blood, the CSL Plasma Center’s refusal is pure discrimination. Kaiser and Scott identify as lesbians and therefore have never made any sexual contact with men, but the center’s staff didn’t bother hearing their explanations. They were turned away because of an ongoing misconception that equates transgender women as no different from gay and bi men.

'Penis Death Grip Syndrome' Sounds Horrifying, But It's Most Likely Not Why You Can't Get It Up
Why Didn't Anyone Tell Us About the 'RuPaw's Drag Race' Instagram Account?
Jailed and Tortured by Chechen Police, Mukaev Salman Is Now Seeking Live-Saving Help
Matthew Shepard Died 23 Years Ago Today, and Republicans Continue Working to Undo His Legacy
English