Written by Stephan Horbelt on February 3, 2017
Be first to like this.

Now more than ever, the world needs a superhero or two. Unfortunately for us, Batman and Superman—two characters of the DC Universe originally created in the 1930s—are far from real. Still, for decades they have stood for all that is right in the world: truth (secret identities notwithstanding), fairness and good old-fashioned justice (violence occasionally required).

In case you were wondering how two of the world’s most famous heroes feel about Donald Trump’s recent Muslim refugee/immigrant ban, our friends at Comic Book Resources uncovered the answer!

It was 1949, following WWII, when DC Comics placed the below PSA in its comic books. As any history buff could tell you, that was a time (much like today) when the country was dealing with refugees coming into the States from war-torn nations.

The below comes from Batman #57, written by Jack Schiff and Win Mortimer, and the Caped Crusader shares some poignant thoughts about where discrimination based on religion, race and nationality fit into American values: 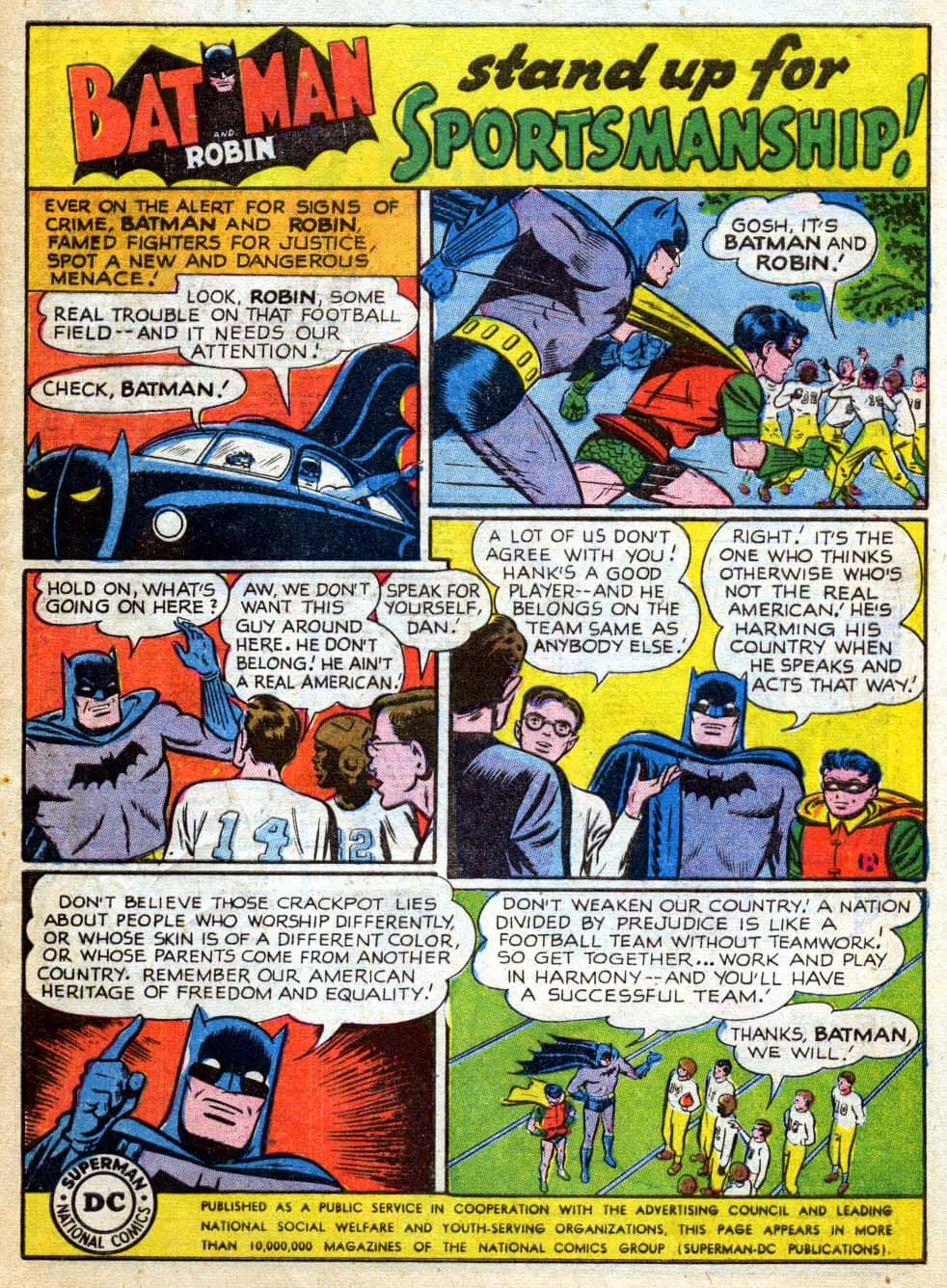 And lest you think Superman hasn’t addressed the matter of refugees, think again. It was 1960 when World’s Finest Comics #111 ran a PSA titled “Lend a Friendly Hand,” in which the Kryptonian (Superman is a freakin’ refugee, too, people!) schooled two young boys on the plight of refugees: 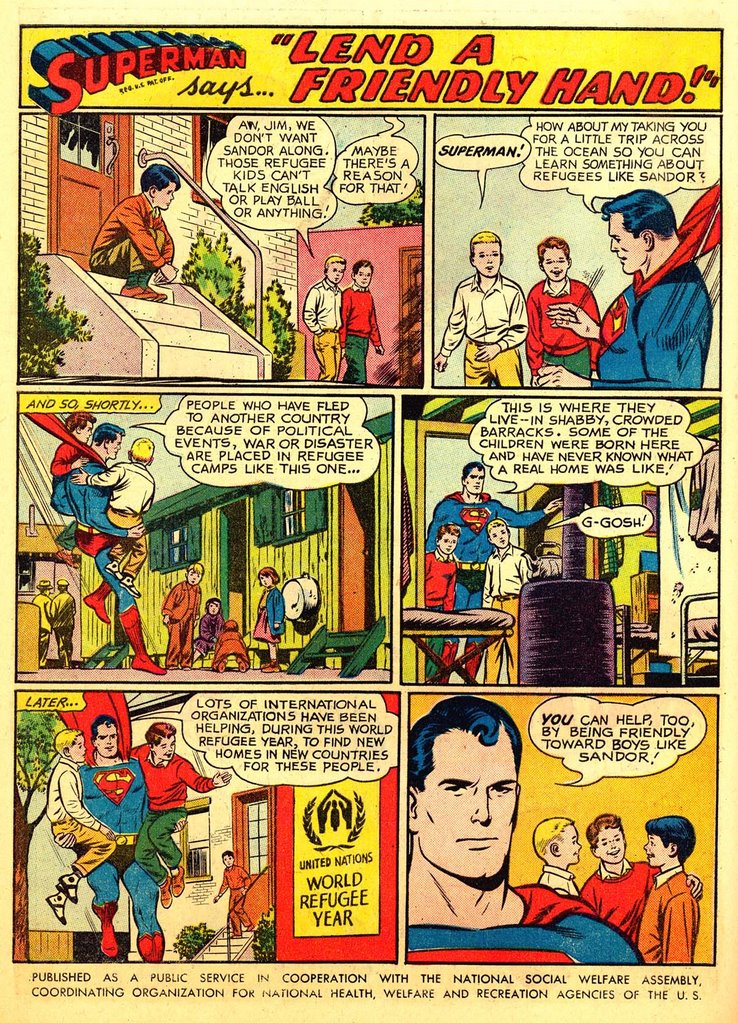 While we aren’t 100% sure what Batman and Superman would have to say about Trump’s unconstitutional executive order, we’d like to think their reactions wouldn’t be verbal as much as they’d resemble what Captain America “said” to Adolf Hitler in the Cap’n’s very first issue:

Tonga Mourns Polikalepo Kefu, an LGBTQ Activist Known for His 'Positive Energy'
Are Watersports Dangerous? Here's What the Medical Professionals Say
The World's Largest Arcade, Funspot in New Hampshire, Is a Must-Visit for Gaming Fanatics
'Milkwater' Tackles the Heavy Topic of Gay Surrogacy With Wit and Heart
English