Beginning in October of 2012, every package of cigarettes you purchase will feature a photo of a man with a hole in his throat, a cancerous set of lungs, a corpse stitched up after having been split down the sternum, or one of six other gruesome images. 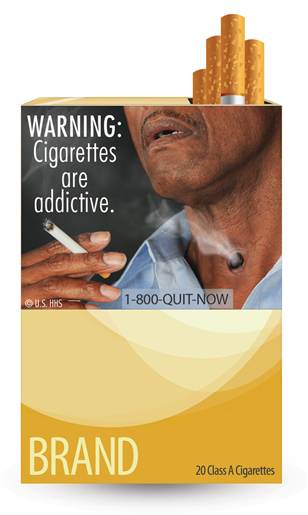 The photos, all depicting the very real and very inevitable consequences of smoking will take up exactly half of the space on all cigarette packaging. Good luck enjoying that drag after seeing a photograph of mouth cancer in a toothless grin. 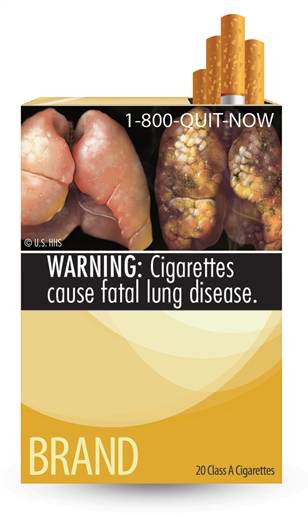 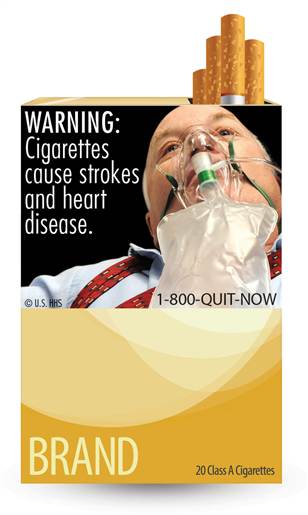 Proposed in November under a law that put the multibillion-dollar tobacco industry under the control of the Food and Drug Administration, the new labels must be on cigarette packages and in advertisements starting in October 2012.

Health and Human Services Secretary Kathleen Sebelius and FDA Commissioner Margaret Hamburg were to announce the nine new warnings at the White House, but the labels were released early Tuesday.

They show images that may disturb some, including one titled “WARNING: Cigarettes are addictive,” illustrated with a photograph of a man smoking a cigarette through a hole in his throat. Among the images to appear on cigarette packs are rotting and diseased teeth and gums, the corpse of a smoker, diseased lungs, and a mother holding her baby with smoke swirling around them. They include phrases like “Smoking can kill you” and “Cigarettes cause cancer” and feature graphic images to convey the dangers of tobacco, which is responsible for about 443,000 deaths in the U.S. a year.

Sebelius said their goal is to stop children from starting to smoke and offer adults who want to quit some help. 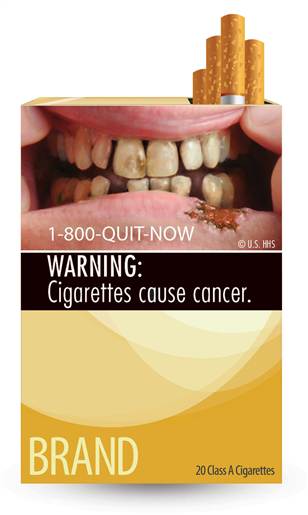 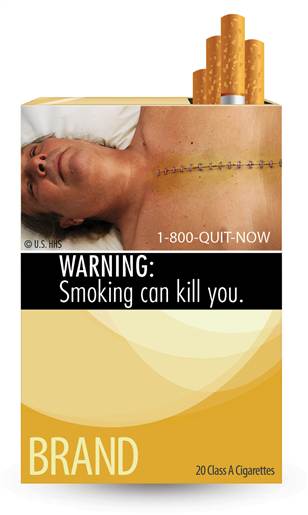 If you are a smoker, please stop. You are killing yourself. The proof is in the pictures.