UK Gay Men Allowed to Donate Blood – But Only If Sexless for 10 Years! 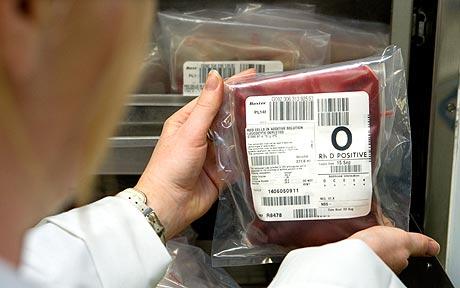 England has decided to lift its ban on gay men donating blood – but only for males who have not engaged in gay sex in at least 10 years.

The reason for the 10-year delay is that this reduces the possibility of a status-unknown donor accidentally passing on HIV.

With a 10-year buffer, the chance of HIV entering the blood bank system increases by 2.5%, according to a government advisory committee.

Um, really? Ten years? According to an informal UB poll, this basically prevents 99% of gay men from ever donating blood! If you are a sexually active gay man, you still cannot donate blood.

The British government is concerned that the ban might be “discriminatory” and breach equality legislation. So in order to rectify this discrimination, they propose a 10-year buffer that effectively eliminates the ability for the majority of the discriminated-against-minority?!?

This ban is lip service to the real issue here: discrimination against gay blood is still rife, and this semi-loosening of the gay male blood ban is still far too restrictive. And yet, according to the Daily Telegraph:

There are estimated to be 86,500 people with HIV in Britain, with a quarter unaware that they have an infection. About 42% of people infected with HIV in 2009 were homosexual men.

If over half  of the HIV infected population isn’t gay, then what is the UK Public Health Minister Anne Milton going to do to prevent HIV transmission amongst those straight people that are unknowingly carrying the disease? Why are gay people being targeted with a 10-year sex ban? Shouldn’t all people – gay or straight – be subjected to the same 10 year ban?

Gay people should not be banned from giving blood, period. HIV is not a gay disease – it affects all of humanity, including non-condom wearing heterosexuals, and therefore it is just plain discrimination for us to be denied the ability to save lives via blood donations.

What do you think of the UK’s 10-year buffer for gay men’s blood?

This Week White Supremacy Invaded the Most Sacred of Spaces: The 'Jeopardy!' Stage
This Reverend's Reasoning for Excluding Gays From St. Patrick's Day May Make Your Nipples Hard
This Artist's Photos Depict Gay Millennial Love Stories of the Digital Age
From Coming Out To Holding A Protest, Here Are Five Gay Kisses That Made A Political Statement
English