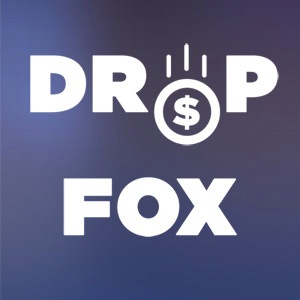 In an e-mail to Unicorn Booty last week, Orbitz VP for Corporate Communications and Government Affairs Brian Hoyt responded to the growing controversy regarding gay-friendly companies advertising on Fox News.

In his e-mail, among other things, he spoke of “shady so-called non-profit fringe groups” that are “dependent on creating a firestorm to create headlines and raise funds so they might justify their relevance.”

Media Matters, the non-profit behind the DropFox Campaign – which reminds advertisers that ad purchases are implicit approvals of the content they support – reached out to share their side of things.

This is their story, following a video recently released by the campaign showcasing some Fox News homophobia.

Notes from an interview with Media Matters’ Angelo Carusone.

Why are you targeting Fox News?

If a major news network is actually demeaning an entire segment of the population, it legitimizes that approach. By consistently talking about these bigoted issues, it leaves the impression in people’s minds that gay people are like that.

It’s far from radical to believe that a self-described major news network should refrain from engaging in: race-baiting, legitimizing anti-LGBT bigotry, smearing the Latino community, propagating climate science misinformation or deliberately deceiving viewers.  And, if the aforementioned do take place, that the network will handle it responsibly themselves.

But, Fox News hasn’t, doesn’t and won’t. So, we’re left with two options: 1) continue enduring the indignities and consequences of Fox News vitriol’ and deceit; or 2) do something about it.

DropFox is designed to do something about it by educating advertisers about the indecent smears and deliberate misinformation coming out of Fox News.

Orbitz felt unfairly targeted by DropFox. Why did Media Matters start with Orbitz?

Shockingly, Orbitz refused to engage directly.  Instead, Orbitz publicly characterized the LGBT community’s polite letter as a “smear campaign” and dismissed the concerns as mere left-right politics. Orbitz has not addressed the substance of the letter and they seemingly refuse to review the examples of Fox News’ anti-LGBT rhetoric.

We gave Orbitz the first chance, because they were in that role as a celebrated leader of marketing to the gay community.

How do you respond to Orbitz’s claims of an aggressive smear campaign?

I can’t think of them being any more out of touch, by consistently ignoring all of our attempts to communicate while still talking to the press.

We want to educate advertisers – we don’t think that most advertisers know the depth of vitriol that takes place [on Fox News]. We believe that when they are educated, [then it] does become a problem for them.

Bill O’Reilly has called this a political campaign without merit, and has put “Orbitz Defends Fox News” headlines on his show. Is DropFox a thinly veiled political attack?

To clarify, this effort is not about politics. Members of the LGBT community are not asking Orbitz to stop financially supporting Fox News because Fox News opposes marriage equality or other measures that advance equality. To the contrary, this effort addresses something more fundamental: decency.

Opposing policies that advance equality for LGBT Americans is one thing. Fox repeatedly comparing same-sex relationships to necrophilia and bestiality is an entirely separate, non-political matter. Opposing the repeal of DOMA is a political matter.  Fox News suggesting that it’s dangerous for children to be around gay people is a non-political smear against the LGBT community.

Its not politics, its basic decency. When you propagate [disinformation] on a news network, it has consequences. When you validate bigotry, you make it difficult for the everyday LGBT Americans to live their lives. When people see this on a news channel, it reinforces the disinformation as true and makes it challenging for a gay person to live their life.

There are other things in the world than politics. This is about fundamental human decency.