Written by Daniel Villarreal on August 5, 2017
Be first to like this.

In the most recent episode of the Canadian Broadcasting Corporation podcast The Current, hostess Anna Maria Tremonti spoke with former seminarian and Vatican expert Robert Mickens who said, “There are a large number … of people in the priesthood and in religious life who have homosexual orientation,” adding “What you end up having are a lot of self-loathing, homophobic homosexuals in the priesthood.”

Mickens himself chose to leave the seminary when he fell in love with a fellow male seminarian. He lived in Rome at the time, and spoke to Tremonti about what he saw when he started going to Rome’s gay nightclubs and hotspots:

“Starting to go to gay places, you know, clubs and the beach … and I was running into all kinds of priests and even seminarians, people who worked at the Vatican. Gay bathhouses, I’d meet priests there. I met people who are bishops today. I pity these people because I know they must live double-lives. I don’t know how they do it. I think people end up self-destructing.

“I know a number of priests who have partners or who have ‘special friends’ from various stages of platonic to full-blown almost husband-and-husband relationships. The church and certainly the Vatican is certainly a homoerotic place. Take a look or walk through the Vatican museums. It’s all genitalia all over the place….

“And look at the rituals, the young men who sing at these things — it’s all men up there. The bring out the pretty ones, you know. Look at the bishops, look at who their secretaries are — it’s always the pretty one. And they’re blind to it. There’s nothing going on, but it’s eye candy; they love surrounding themselves. They wear dresses for God’s sake.

“In the Vatican, it’s basically as long as you’re discreet, you don’t get caught. But once you do, you’re all on your own. We’re not going to help you.”

Image by MrKornFlakes via iStock

According to Tremonti, a 2002 poll by The L.A. Times revealed that 15% of American priests identify as gay or “somewhere in between leaning on the homosexual side” — 23% of younger priests identify the same way. However, she also said that many gay priests that she has talked to say that the percentage is much higher, as high as 70%.

Mickens thinks the church wants to keep homosexuality a taboo so that “those pious young men” will continue to think of priesthood as a noble profession rather than simply as way to live a gay life. He also says that if the church began openly accepting its gay clergy and laymen, it would lose a great deal of support from its larger worldwide ministry. Put another way, the power of homophobia fuels the church, even though large numbers of homosexuals help run it.

Here’s the podcast where Mickens talks about the Vatican’s gay priests:

In the same podcast, Krzysztof Charamsa, a gay defrocked Polish priest (pictured in the featured image at top) said, “The Catholic Church is the principal political agency of homophobic position in the world. Very powerful.”

From 2003 until 2015, Charamsa worked as a senior add at the Congregation for the Doctrine of the Faith, the Vatican office that writes and enforces Catholic rules. For most of his time there, his boss was Joseph Ratzinger, the cardinal who would later become Pope Benedict XVI (or as we liked to call him, Papa Ratzi), a pope who issued numerous statements against LGBTQ people including one calling them “intrinsically disordered” and calling homosexuality an “inherent moral evil.“

When asked of his opinion about the church’s stance on homosexuality, Charamsa (who was painfully closeted and still working at the Vatican) affirmed its goodness and then privately cried in his office afterwards.

He eventually fell in love with a man from Barcelona named Eduard. “When I discovered that I love this man,” Charamsa told the podcast in broken English, “I think ‘You must say who you are.’ For us there was no possibility to double-life. For me, for my partner, it was impossible.”

Charamsa’s friends recommended against his coming out in fear that it would jeopardize his career, financial stability, pension and influential standing in the church, but he came out in October 2015 anyway, introducing his partner to international journalists. During the announcement, he slammed the Vatican for its “paranoid homophobia” and apologized for his own complicity in the church’s demonization of gay people.

a film still from ‘Article 18’

Though he issued his resignation, the Vatican formally fired and defrocked him soon after. He lost his pension, his status and is now forbidden from teaching in any Catholic university. He has since become an advocate for LGBTQ rights and Catholic reform. He also says that living with Eduard in Barcelona has helped him understand the love of family, feeling that people now love him completely because he is whole.

However, in his home country of Poland, Charamsa says, Catholic homophobia looms large, making LGBTQ people and even his family (who sometimes get ridiculed for his famous coming out) miserable. He recently appeared in Article 18, a documentary about Poland’s refusal of same-sex marriage.

Though he appreciates that the current Pope has encouraged Catholics to embrace LGBTQ people rather than demonize them, Charamsa says, “If the Church can’t make a serious, scientific reflection on homosexuality and include it in its teachings, even the Holy Father’s openings and warm words on gays are empty.” 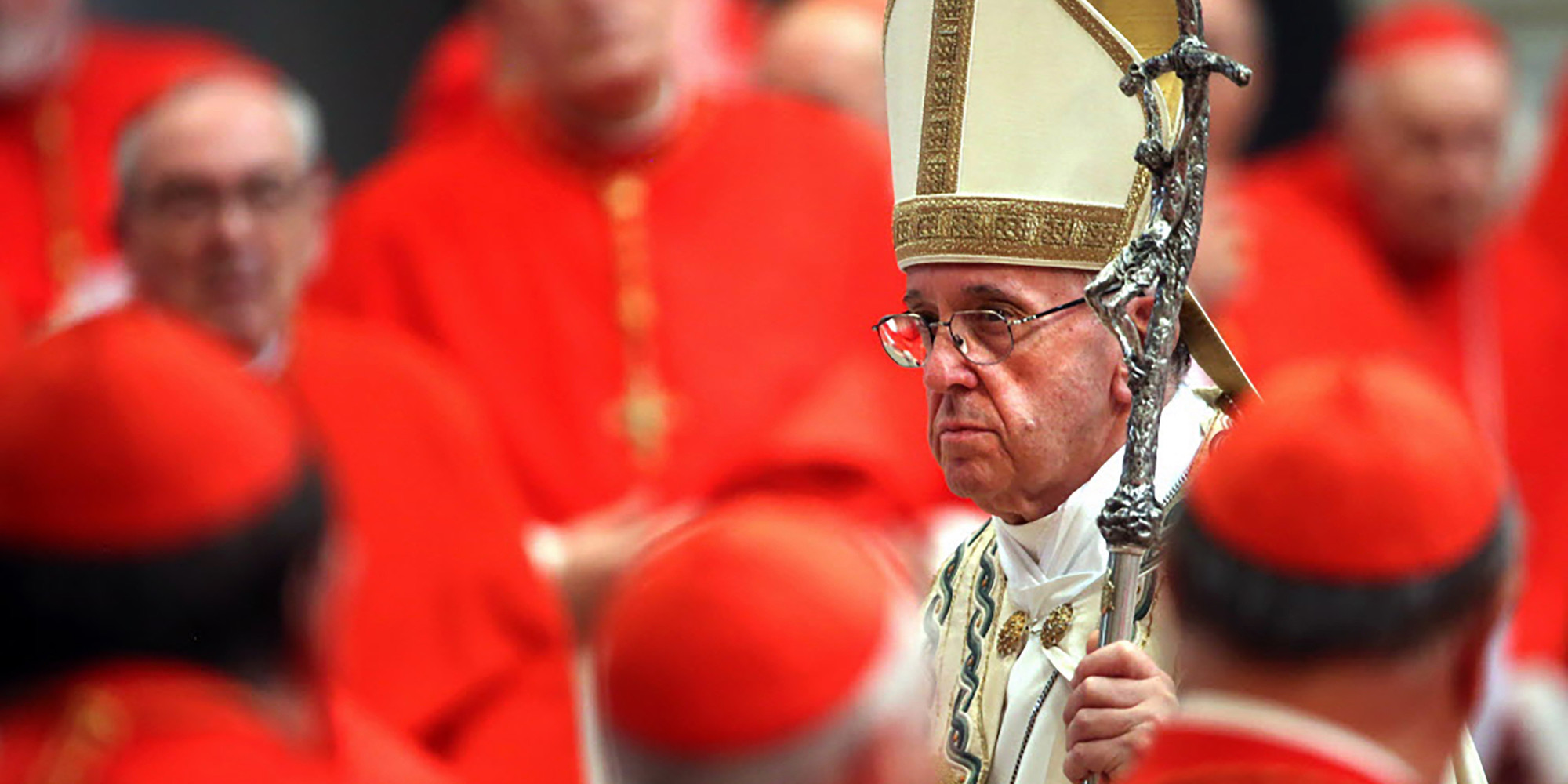 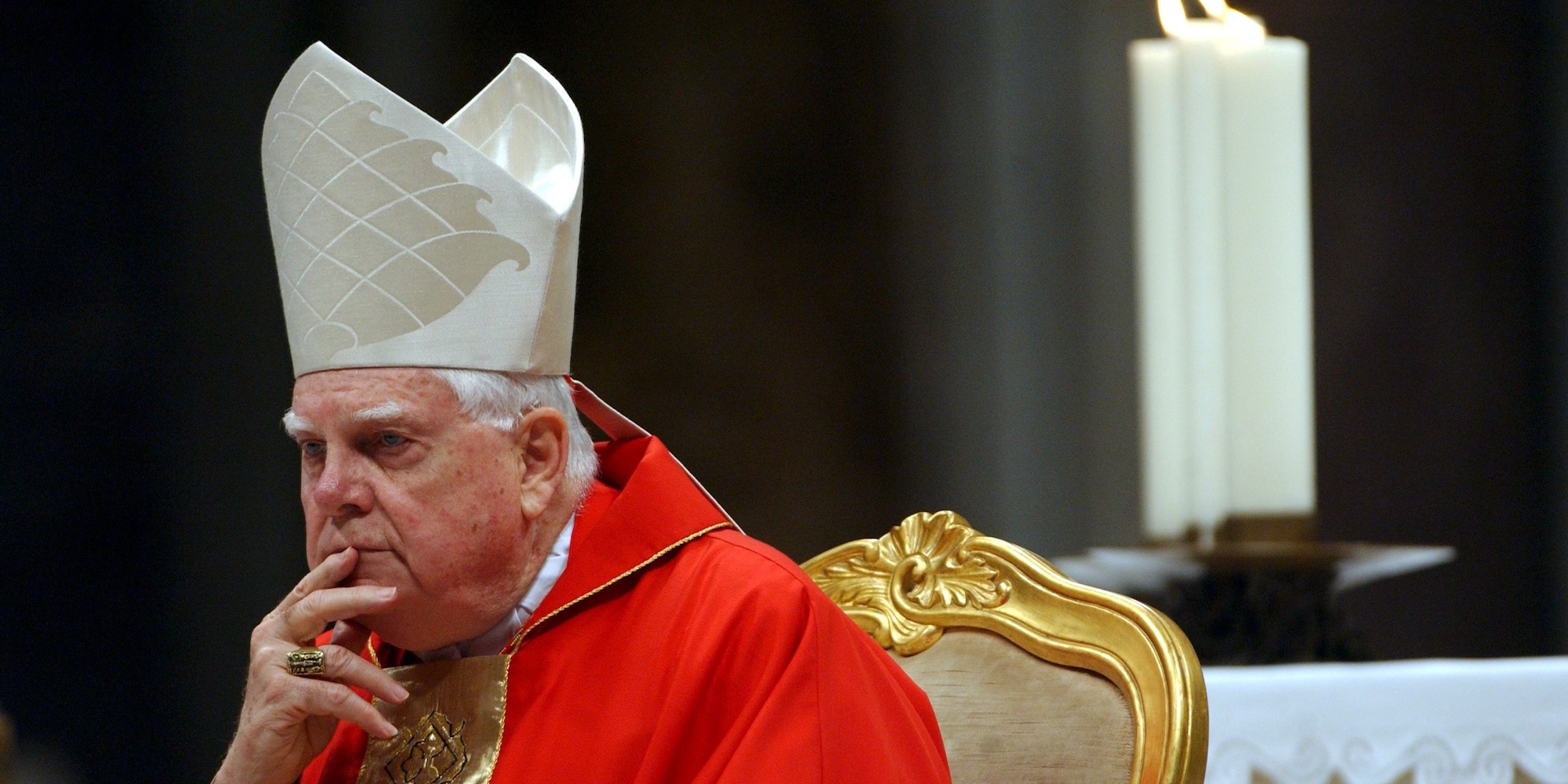 Cardinal Bernard Law, a Figurehead of the Clergy Sex Scandal, Dead at 86 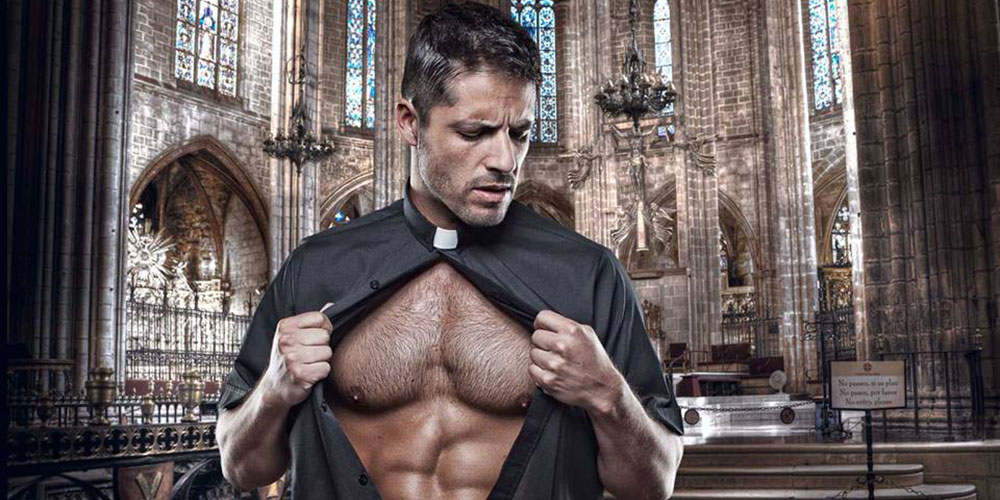