Written by Daniel Villarreal on March 30, 2015
Be first to like this.

During the 2014 Chinese New Year, Ukranian daredevil Vitaliy Raskalov (not his real name) scaled the 2,073-foot high Shanghai Tower.  His world-famous video of the stunt got 40,997,266 views and earned him a 20-year travel ban into China courtesy of the pissed-off Chinese government.

But while you might have seen that video, lesser known are his photos from when he climbed a 455-foot ancient pyramid of Giza in 2013. He and his friends hid from guards for four hours before ascending the 4,000-year-old pyramid of Menkaure, the smallest of Giza’s three great pyramids, towering only 213 feet high.

“Actually at 4 pm we sat down,” Raskalov said, “and began to wait for an opportunity of darkness and a chance to climb. Climbing over the rocks is very dangerous, many of them crumble right under your feet.”

It took 20 minutes of climbing in complete darkness for he and his friends to reach the pyramid summit.

“[We climbed] the stone slabs on one of the most ancient buildings of mankind to the sounds of prayer — terribly echoed by Giza — realizing that here and now we would be at the top, fearing that an armed guard might notice us. To admire the spectacle you have to realize that you singly survived climbing a wonder of the world, at the risk of death.”

He continued, “At the very top of the pyramid are many paintings and inscriptions, and in many languages. Starting from the Arabian, ending in Russian and French. There are legends that there is also a painting of Nicholas II [at the top]. At the edge of the (summit) was dangerous because security could see you. Therefore all the pictures were taken in (a crouching or laying down) position.”

According to Egyptian law, trespassing upon the pyramids can get you one to three years in prison. He later apologized for climbing the pyramids, saying that “We didn’t want to insult anyone.”

Raskalov also took some photos of Cairo after the climb. “To be honest,” he said, “Cairo is one of those cities where you do not want to come back. A faceless and gray city on all sides surrounded by slums.”

He continued, “In Cairo, the most real fun happening now is that almost every weekend there are protests with arson. Recently they burned a police department. Here for example, we walked down the street and someone in one of the buildings launched a Molotov cocktail.”

In the future, Raskalov would like to climb the 1,792-foot tall World Trade One “Freedom Tower” but he notes that post-9/11 security is much tighter in America and successfully climbing it could get him labelled a terrorist. 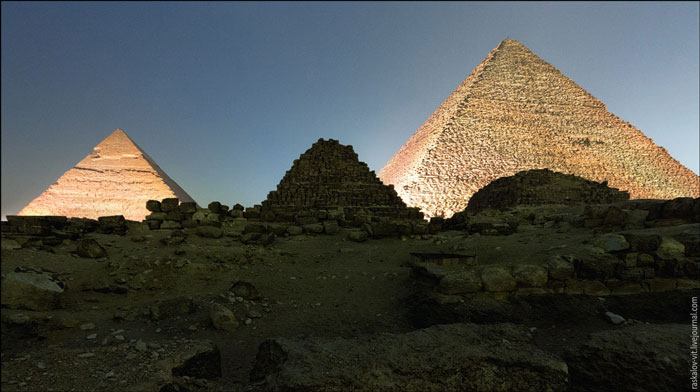 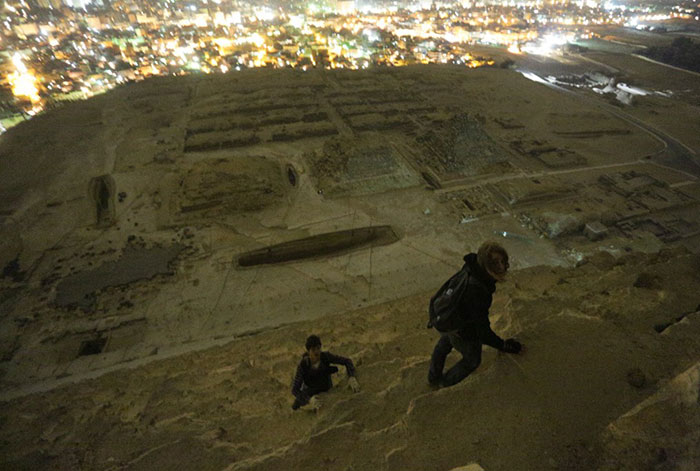 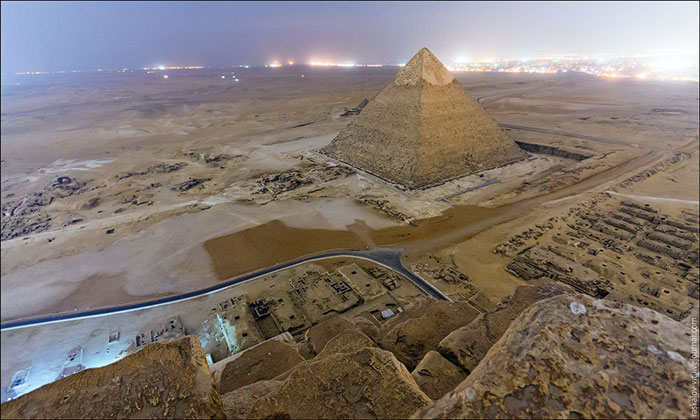 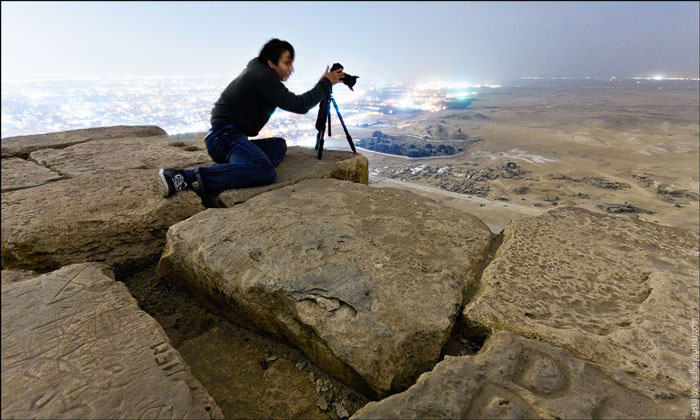 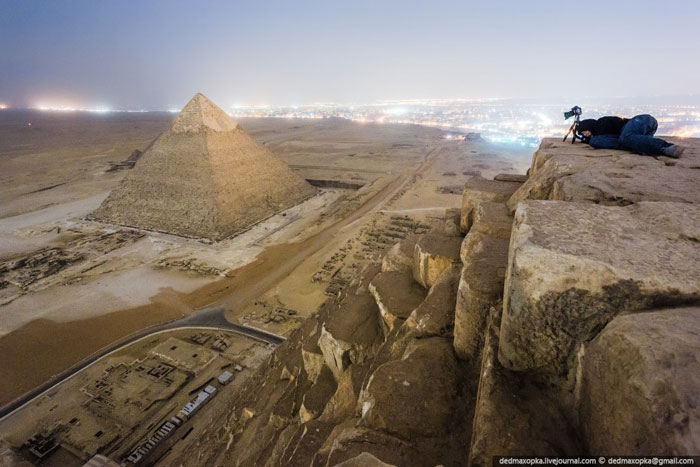 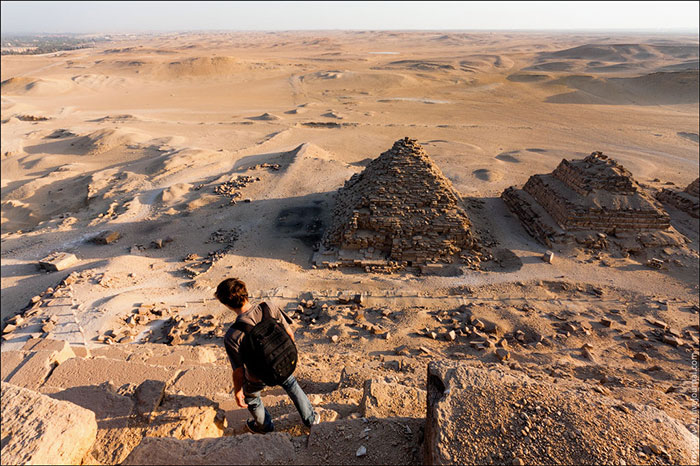 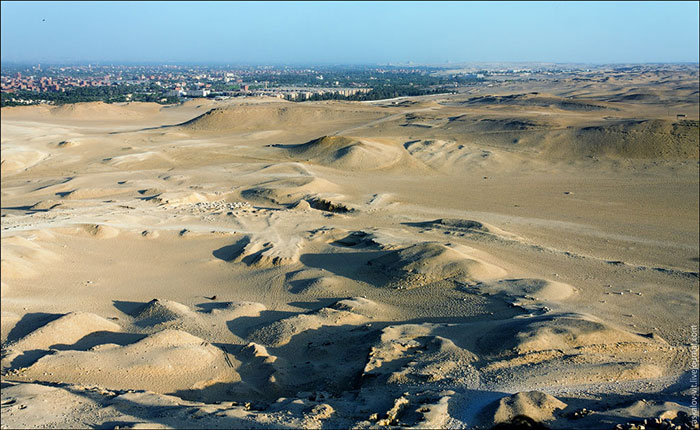 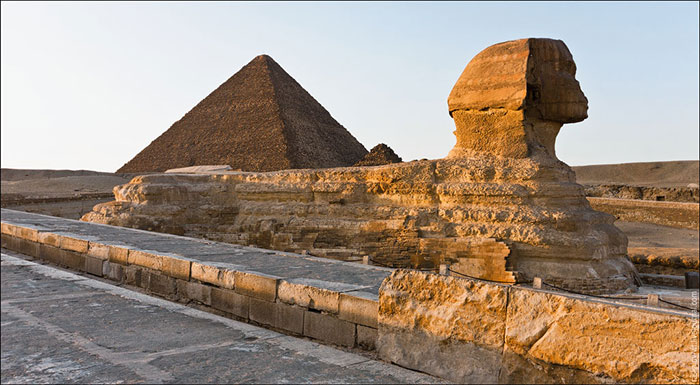 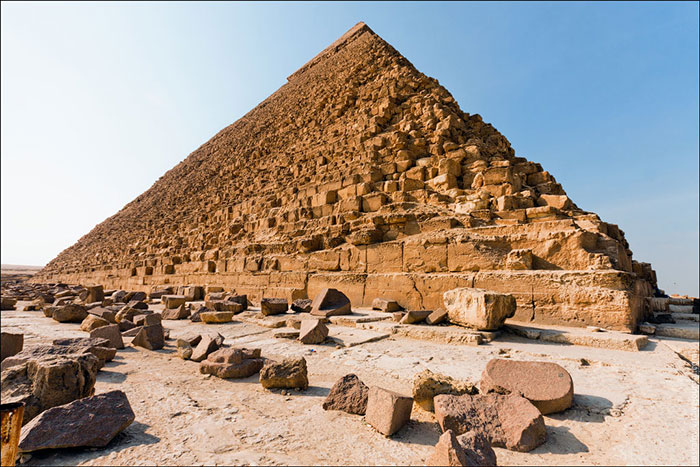 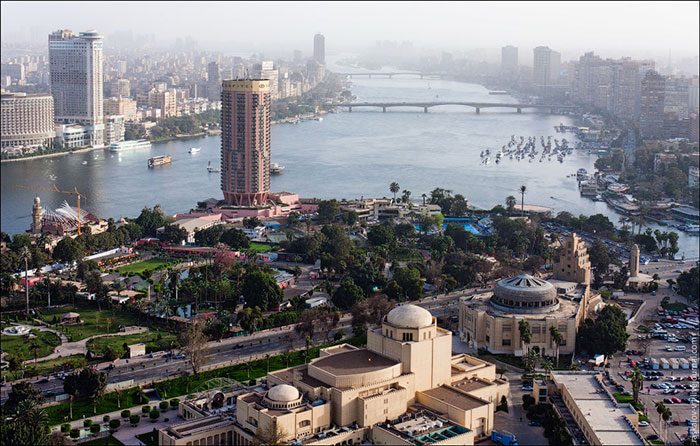 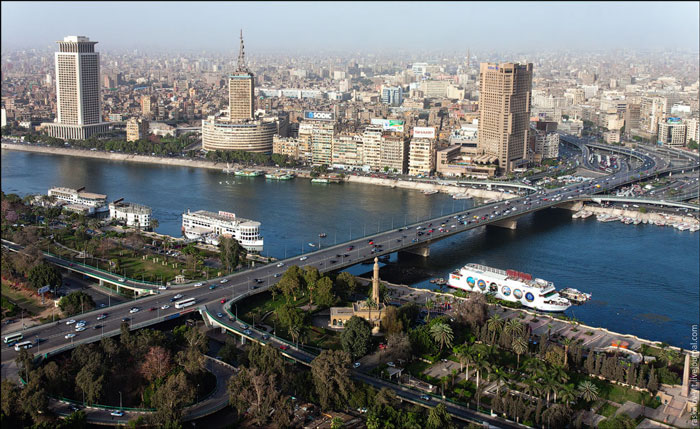 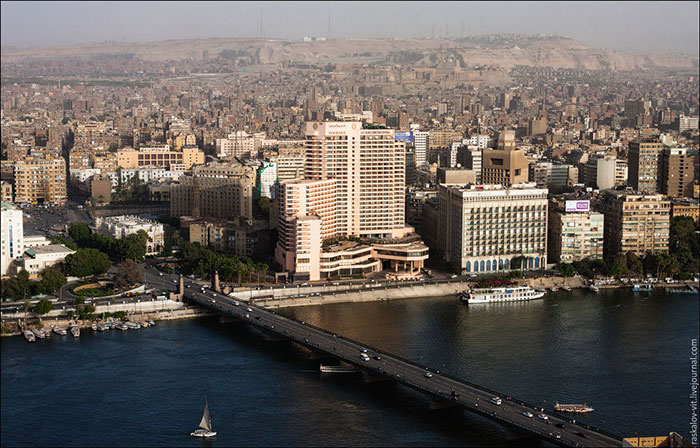 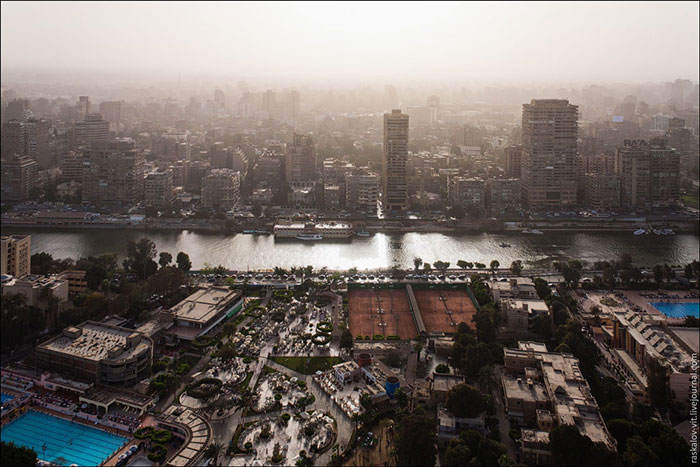 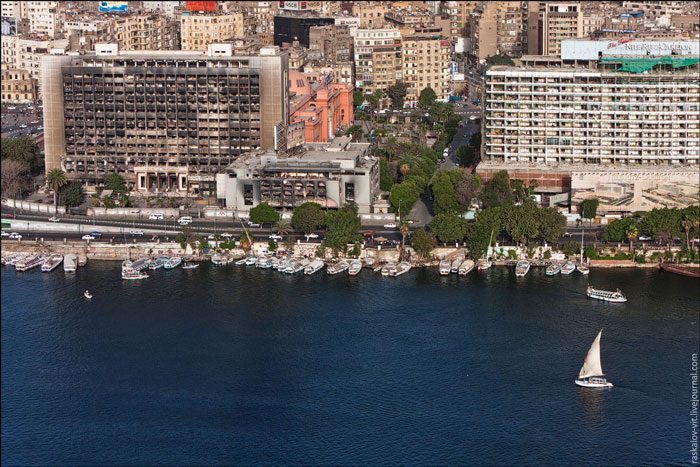 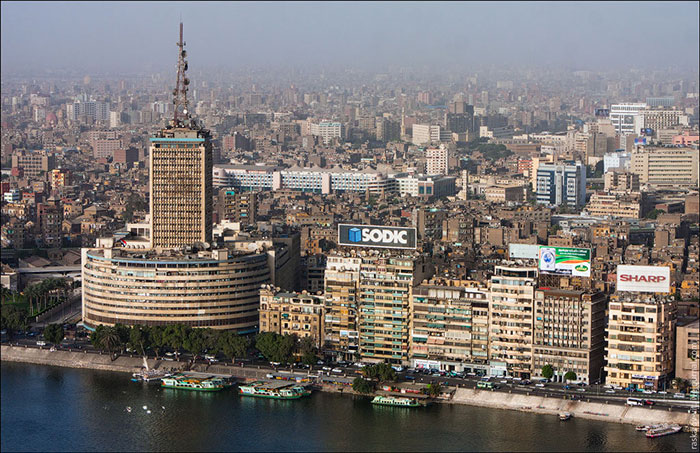 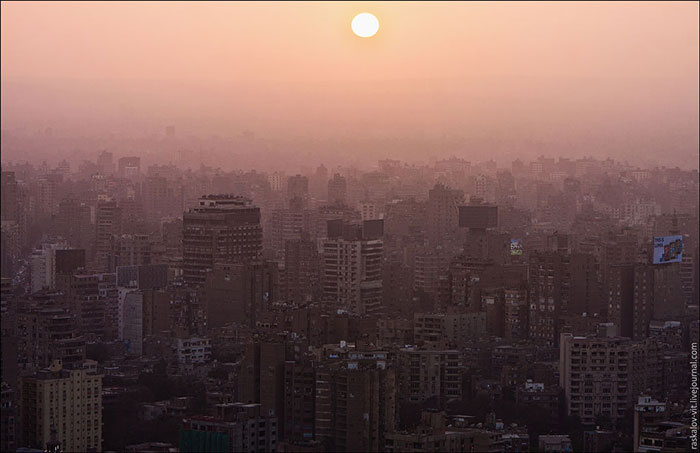 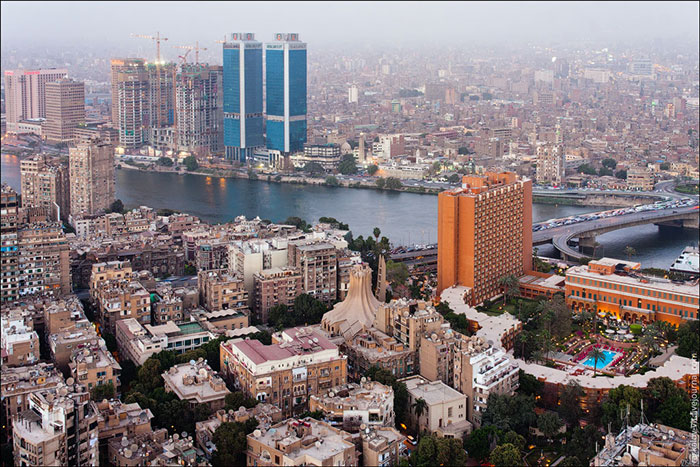 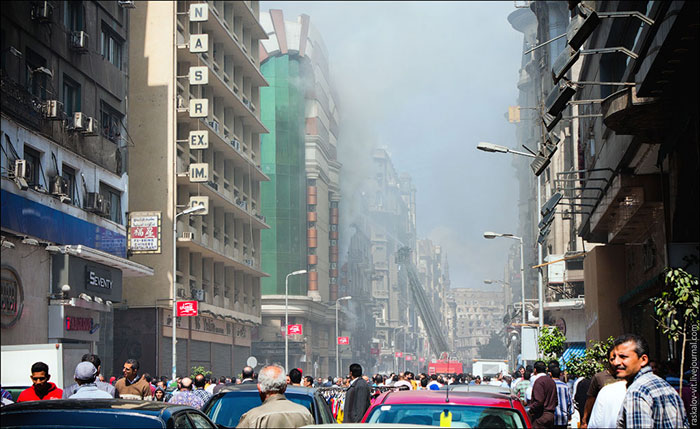 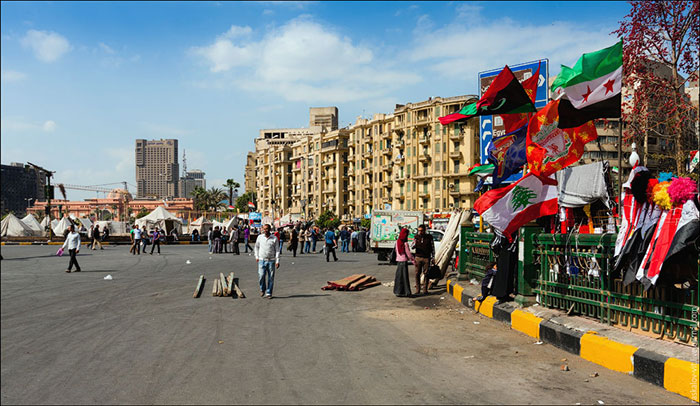 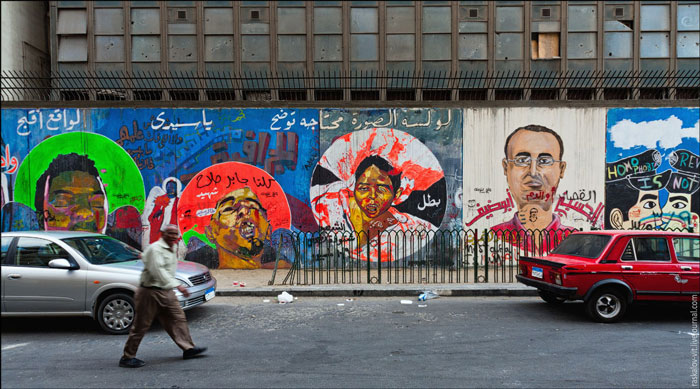