Vogue Runs Its First-Ever Profile Of A Trans Model. Here’s Why It Matters…

Written by Daniel Villarreal on April 22, 2015
Be first to like this.

This May, the fashion and lifestyle magazine Vogue — a publication which has been around since 1892 — will run its first-ever profile of a transgender model, Andreja Pejić. Discovered by a model talent agency at age 16, 23-year-old Pejic has walked in male and female fashion shows throughout her career and went through gender-confirmation surgery just last year.

It may seem quite navel-gazing and pro-rich, able-bodied, white woman, but here’s why Vogue’s interview with her is still a big deal. 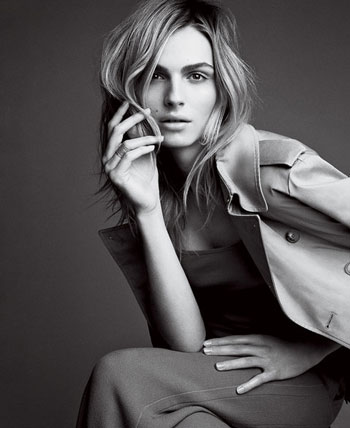 UCLA’s Williams Institute estimates there are 700,000 transgender people currently living in the US, a number which is likely far lower than reality. It’s low because there’s plenty of reasons for trans people to avoid living openly trans lives — trans people face higher levels of violence and discrimination for living openly. As a result, only about 8 percent of Americans know someone who is transgender, a low number that prevents larger transgender rights from becoming protected in non-discrimination laws.

Meanwhile, Vogue boasts a readership over over 1,229,880 folks. That’s more people than those living in each of the eight least populated U.S. states, more people than the number living in each of the world’s 51 smallest countries. By sharing the story (and it’s a good one you should read in full), Vogue basically just informed a contingent roughly equal to all of New Hampshire or Guam, an entire state or country’s worth of people.

Not only will that help continue to increase the number of people acquainted with trans people and trans issues, but fans of trans fashion will be delighted to discover that Vogue’s interview with Pejić also includes a great (albeit brief) rundown of famous trans fashion models:

The profile of Pejić is entitled, “Has the Fashion Industry Reached a Transgender Turning Point?” Possibly, but their article will help make it so.