Written by Kevin Farrell on February 8, 2011
Be first to like this. 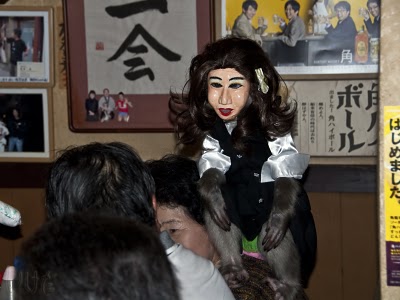 We stumbled upon a restaurant review from a blogger in Japan that was none too pleased with his meal. The service was poor. The establishment was dirty. The waitress was…a monkey.

Yes, Kayabuki in Utsunomiya has apparently been hit hard by the global economic crisis. It turns out, you have to pay PEOPLE that work for you. We’re pretty sure you just have to provide monkeys with bananas or peanuts or a slingshot for their poop.

Japan’s just being Miley, y’all. How else do you explain the following video? 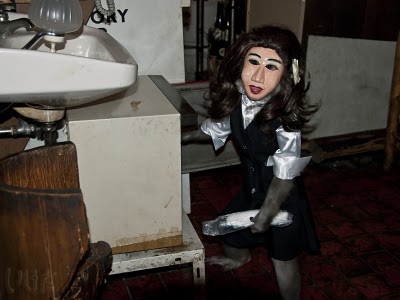 I’m not so sure that I’d appreciate my dinner served to me by an animal that doesn’t bathe under it’s own volition. If you’re thinking about checking out Kayabuki the next time you’re in town, you might want to read up on it first. You can read the review in it’s entirety HERE.

Would you eat at a restaurant that hired monkeys as waitresses?

The Year in Review: Progress or Setback for LGBTIQ Equality in 2021?
Dating Is a Drag! 14 Queens Share Their Personal Tips and Horror Stories
Queer Coming-of-Age Film 'Half Brother' Is Finally Available Outside of Brazil
Our 10 Favorite LGBTQ Games Featuring Gender and Sexual Inclusivity
English