We Stop Listening To New Music At Age 33? Hardly… Here Are 17 Bands I Discovered Later

Your musical taste freezes at age 33. The internet just told me so.

I’m not shocked by this. And actual research confirms it. You just quit giving a shit about keeping up with popular music after that age, unless it “Call Me Maybe”s itself into your life involuntarily.

It happens for a lot of reasons. You feel like a grown up by then. You might have kids by then. You start to cocoon yourself by then. Your interests start to change. Except for the having kids part, that stuff happened to me, too. But I never quit looking for new music to enjoy. It was a youthful obsession that mellowed into a middle-age interest. I am old, but curious. At least for now. Call me when I’m 65 and maybe I won’t give a shit anymore, either, and we can all sit around together wondering who the fuck that is on the Grammy red carpet. 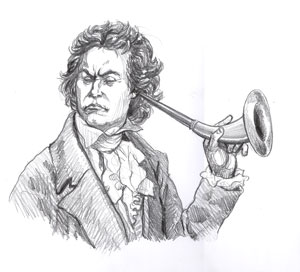 Here’s what did change for me by 33: I stopped going to lots of live shows, for starters. They’re usually on Tuesday nights at 11 o’clock and fuck that because I’m asleep by then and the parking is always garbage. I stopped going to music festivals too because of $10 bottles of water and nowhere to sit except on the ground like a dirt-person. I developed a mild case of tinnitus from being young at Black Flag shows in the 1980s and now if there’s water running I can’t hear anything else. Pretty soon I’ll be walking around with one of those old-timey ear-horns. (Young people, it is vital that you take care of your hearing. Please listen to me because I am three times your age.)

Most significantly, I found easier, less time-intensive, less grubby ways to hunt for music — the internet, and younger friends who keep me informed, mostly — and I stopped caring about being an early adopter. Being the first person to discover a good band really did mean something back when I was young, a fact that seems stupider and stupider to me with each passing year. Because I just got my AARP card in the mail, I can’t remember why it ever meant something, but it did.

But I still like new (and old) music I’ve never heard. That interest has not changed over time. I still want to hear the new band, wherever they are. What if they’re really great? Why shouldn’t I listen? There’s actually no good reason not to.

So here’s a list of 17 musical artists I found (or, were found for me) after turning 33. Most of them exist pretty solidly outside of the mainstream, but that’s not a badge of honor or coolness to impress young people or anyone. It’s merely a reflection of my personal desires, a matter between me and my headphones (which I wear all the time — at a reasonable volume — because my spouse can’t stand any of it).

Cheats: I worked in a record store until I was 35. I wrote about music until my early 40s. That kept me in contact with a lot of new stuff. And I intentionally left off people like Katy Perry, Erykah Badu, and Bruno Mars, even though I like all of them quite a bit. That’s because you don’t need to lift a finger to find any of them; they already live in your local Starbucks, laundromat and grocery store.

Approaching my mid-30s, I was working as a school teacher during the week, and at an indie record shop on the weekends that paid me in music. That was a very good deal for my employer, who got off cheap, and also for me because I was able to avoid buying music with actual money. Even better, I got to listen before bartering. Boris is not a person, but a band: heavy, droning, doom metal from Japan with songs that begin and end in the same location, never moving an inch. It’s the musical equivalent of Eeyore sitting on his tail in one spot waiting for it to rain so that when it finally happens he can say, “I knew it.”

This may be hard to believe, but once upon a time, back in the early 1970s, Evangelical Christians did great things like record outer-space-themed children’s records in an effort to convince people that God was groovy. I cannot remember how I came across this recording but one of the songs is about a Christian space robot. You could be an atheist and love that.

When I was in college, I barged my way into having a show on the campus radio station, and then I became the music director so I could boss everyone around. When I graduated, I stole a Gene Krupa record that the jazz DJs never played because it was old and crackly. Anita O’Day sang one song on that record and I really liked it. Then forgot all about her for about 15 years. Then a fellow writer brought her back to my attention and I ran out and got one of her re-issues. This woman allegedly shot up heroin with Billie Holiday, which is cooler than anything you or I will ever do.

Country music is not what you think it is. Not always anyway. It doesn’t have to sound like pop music made by brain-damaged hicks. It can sound like it used to, with fiddles and steel guitars, delivered by twangy vocalists who write intelligent lyrics. Someone mailed Allison Moorer’s music to me when I was writing for a gay magazine that didn’t care about country music, so I made extra sure to review it. Eventually this magazine fired me.

Same magazine, same music reviewing job, different year. This magazine also didn’t care very much about hip-hop, so again I made extra sure to review it. Dead Prez are socialist rappers who carry on the spirit of Public Enemy and, from what I hear, have occasionally been known to toss fresh fruit into the audience to promote healthy eating.

I like jazz, but I came to it from punk rock, which means I skipped the stuff that sounded nice and moved right into the world of guys like Rahsaan Roland Kirk and Albert Ayler. But as you get super old, you realize that there must be balance. So when a different magazine assigned me to interview jazz singer Andy Bey, I listened to his records and realized how much I’d been missing being a strict noise-head. I should have already learned that truth from Anita O’Day, but I didn’t. I am not always fast with life lessons.

They’re from Japan and every one of their songs is about shit. I don’t know what else to say, other than that they’re hilariously great and I also bought their Christmas record, which is a real thing that exists. A person finds this sort of music by being on the right mailing list, which you can do if you contact Aquarius Records, San Francisco’s greatest purveyor of weirdness. Their entire reason for being is to help you find that unusual recording. I once bought a tape of amplified decapod noises from them. It’s that kind of magical place.

If I want sense made of my world, if I want to feel happy, I go listen to Kylie Minogue, because that is the point of her existence. But just as often, I like music that makes absolutely no sense at all, artists that need my ears to solve their dilemma. And this metal band is thoroughly out of touch with the rational world. The vocalist gurgles and chokes like an old lady being strangled by Satan, and each musical instrument seems to have been recorded in different rooms with different sets of instructions. It may be my favorite thing on this entire list.

By my mid-40s I got even lazier about the hunt. But you know who isn’t lazy about it? Friends who are 15 years younger. That’s why I routinely turn to my pal Aaron, who understands that I want to hear freaky shit and who already has it ready and cued up for me to enjoy. This psychedelic folk lady from Finland was something he just placed in my hand one day and said, “You’ll enjoy this.” And I do. I have no idea what she’s singing about, but her voice moves me like a very comforting ghost.

A 14-year-old kid in Korea records an intensely heavy, anguished black metal record and it winds up in the hands of an excellent man I know named Andee who also happens to run Aqaurius Records, the store I mentioned earlier. Then he puts the record out on his own label and it quickly goes out of print when people freak out about how great and brutal it is. I may be old, but I’m not slow. Actually, sometimes I’m slow. Actually, I’m always slow, I just got lucky on this one.

Thrash metal band from Ohio. I interviewed comic Brian Posehn for a gay website that did not especially care about Brian Posehn, but he was playing a gay guy on TV at the time, so it counted. Anyway, if you’re fortunate enough to run into him and you ask him what he’s listening to, he will tell you. Key to this exchange was my realization that this band had already been around for several years before I knew who they were. And I did not feel stupid. Apart from growing a head of really attractive salt-and-pepper hair, one major perk of growing older is that you will always be behind the curve, but you will no longer care.

One day you’re a stranger to an artist, and the next it seems that all the music nerds you know are talking about that artist and his fresh take on boring white-dude rock. That’s Ty Segall. It’s like he sprang fully formed from the garage of Zeus. He’s also made like a hundred records already, which feels impossible and I’ll never catch up. So what.

A Mexican hardcore band I found because of a blog called Fucked By Noise. I like old Void and this other defunct band called Total Abuse, and Fucked By Noise compared these guys to them. Internet did all the work.

“What’s that song about, ‘that cu## gettin’ eaten’?’ asks a friend. I have no idea, of course, but it could be anything. So I find the video and watch it and I love the wild, knowing look in this woman’s eyes. She don’t give a fuck about you or anything that you do. People hate her. I do not.

Some DJ at some event played Earl Sweatshirt. I went and asked what it was. That, by the way, is the only acceptable reason to bother a DJ. Otherwise you leave that person alone to do his/her job. I mean it. That and the earplugs thing are Rules 1 and 2 of life. You go drink and behave yourself. Earl Sweatshirt is a weird hip-hop guy, by the way. He has a new record called I Don’t Like Shit, I Don’t Go Outside: An Album by Earl Sweatshirt and you should maybe buy it.

Ugly sounding band from Oakland that yells. I know zero things about them because I am now even lazier than I was in my mid-40s. They seem to release most of their music on cassette, from what I can tell. Someone on I know on Facebook liked their page. That action wound up in my newsfeed. I thought they had a cool name. I Googled them. Thank you, social media.