Whoa! Chinese Cinemas to Screen Gay Romance for the First Time Ever

After a full year of deliberation, Chinese censors have decided for the first time to allow a gay romance to be shown in cinemas nationwide. The film is called Seek McCartney, and its showing marks a growing trends towards gay acceptance in the Asian country.

The film’s director Wang Chao announced the government’s decision on his Weibo microblog on August 29. He called the move “one small step for the Film Board, one giant leap for filmmakers,” adding that getting the film past Chinese censors “wasn’t easy, but gratifying.”

Cinema in China is heavily censored. Every film shown in theaters must meet government approval. Plus, because China doesn’t have a movie rating system like America’s MPAA, every film must be deemed appropriate for general audiences. Even if a movie is permitted to be shown in theaters, it might still suffer cuts and other changes to meet the censors’ approval. When Titanic in 3D made it to Chinese cinemas, the film was carefully altered; Kate Winslet’s nude scene was shown with the actress’s naked body cropped out, prompting unhappy moviegoers to lament, “I waited 15 years to see 3D boobs, not a 3D iceberg.”

Though LGBT characters have appeared in Chinese films before, this is the first movie approved for wide release that focuses on a same-sex romance involving the protagonist. The film’s release release marks significant changes in China’s attitude toward homosexuality. The Hollywood Reporter explains,

China decriminalized homosexuality in 1997, and it was only removed from the Ministry of Health’s list of mental illnesses in 2001. In 2005, Ang Lee’s Oscar-winning cowboy romance Brokeback Mountain was banned from release in cinemas, despite the director’s star status in greater China. In 2010, China’s media watchdog removed homosexuality from its list of taboo subjects deemed too pornographic or vulgar for public consumption.

Being LGBT is still heavily stigmatized in China, but the nation has gone from calling homosexuality a crime to approving a gay romantic film for general audiences in the span of just 18 years. That’s tremendous social progress.

The film, Sino-French collaboration Seek McCartney, stars Han Geng as a young man who travels thousands of miles to search for his lover, played by Jérémie Elkaïm. 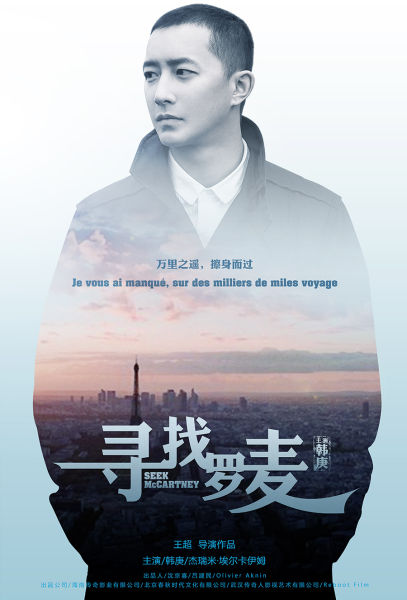 The lead, pop star turned actor Han Geng, may not be well-known to Americans, but in China he’s such a big deal that he was chosen as a torch bearer for the 2008 Beijing Olympics. Choosing to star in a film that tackles such a controversial subject could damage his career–or rocket him to international stardom. 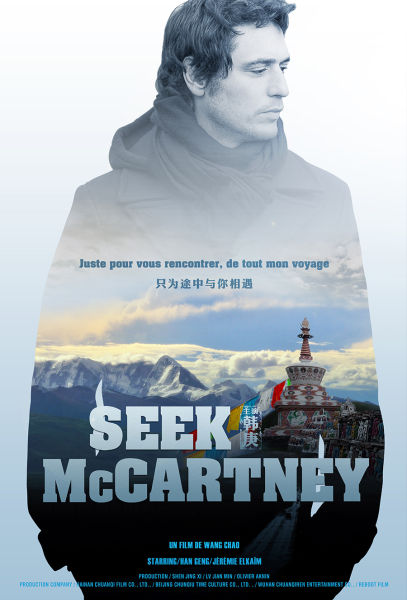 According to Wang Chao, Seek McCartney will hit theaters some time this winter.

Here's How to Throw Your Own 'To Wong Foo'-Worthy Strawberry Social
10 Queer-Owned Businesses to Support All Year Round, Not Just During Pride
Let Joan Collins Teach You How to Pack Like an Ass-Kicking Diva
'Butt' Is Back, Baby
English